The 25th anniversary of Estonia’s non-violent mainstream independence movement will be marked on August 30 with an open-air performance on Freedom Square in Tallinn, the city has announced. 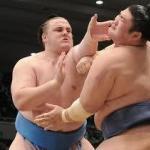 One of the organisers, Ain Mäeots, was quoted as saying that it was dedicated to the people who made the Singing Revolution possible.

Mäeots said that a condition set by the creative directors and all of the participating artists is that, with local elections fast approaching, the event would be off-limits to all political propaganda and election advertising.

In 1988, starting in May at a festival in Tartu and with spontaneous nighttime concerts throughout the summer in the capital, the independence movement that had surfaced in the past 12 months went mainstream. Popular sentiment was at a high by the first Rock Summer festival, held from August 26-28, and the Eestimaa Laul event on September 11, 1988.

All five of the well-known patriotic songs penned by Alo Mattiisen in that era will be on the program in new arrangements. Short films will be screened between the performances.