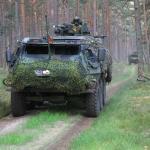 “Even the best prepared units need good planning and someone to command and control them,” said Lithuanian Chief of the Land Forces Maj. Gen. Almantas Leika, exercise co-director. “This exercise shines as the perfect example of long-lasting cooperation between Lithuania and its strategic partners.”

For both the U.S. Army Europe Contingency Command Post and NATO’s Multinational Corps Northeast, the exercise represented the first time these mission-command elements have deployed outside the borders of their host countries. Both command posts received their scenarios and orders from the exercise’s higher control based at the Combat Training Center in Nemecine, Lithuania.

Multinational Corps Northeast located its command post at Tapa, Estonia, where it worked in close coordination with an Estonian brigade headquarters to plan and relay orders.

“It’s given us an opportunity to deploy a command post element from Szczecin, Poland,” said Multinational Corps Northeast Deputy Commander Maj. Gen. Agner Rokos. “I hope that in the short-term we see a lot of training opportunities like this where we bring a lot of actors and we learn to work together and function together.”

U.S. Army Europe’s contingency command post was located in Pabrade, Lithuania, and integrated a new system, the Multilateral Interoperable Program, which serves as a conduit to translate data and information systems from the command posts of differing nations.

“The fact that we can talk to NATO and allied partners is huge,” said CCP Mission Command System Operations Lead Dan Hawkins. “It proves that the resources we’ve allocated to facilitate this operation have come to fruition.”

Also at Pabrade, U.S. Air Forces in Europe demonstrated its Expeditionary Medical Support capability, deploying a field hospital with Airmen from Aviano Air Base in Italy, Rammstein Air Base in Germany, Royal Air Force Station Lakenheath in England, and Texas Air National Guardsmen from Camp Bullis in Texas, to work alongside their Lithuanian counterparts to treat simulated casualties. 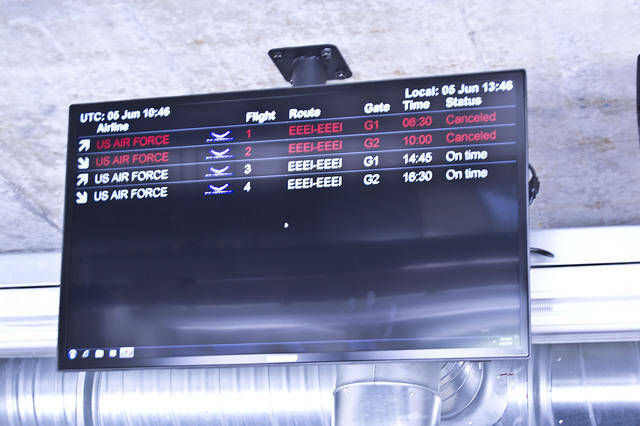 “It’s a great opportunity,” said U.S. Air Force Capt. Greg Trifilo, with the 31st Medical Group in Aviano. “Figuring out what Lithuanian medical capabilities are, learning what their physicians, nurses and medical personnel do and how they prepare to go into theater really gives you an appreciation for the work we all do.”

Additionally, infantry units from Lithuania, Latvia, Estonia, the U.S. and the U.K. came together in Adazi, Latvia, for two weeks of field training. A platoon of Pennsylvania Army National Guardsmen were integrated into a Lithuanian company, in addition to a squad of ROTC cadets participating in the Cultural Understanding and Language Program. Another squad of cadets was attached to the Latvian company that played the opposing force. Additionally, an infantry platoon from 1 Royal Welsh in the United Kingdom embedded with an Estonian company to make the training exercise truly multinational.

“Only when we are unified, exercising together, are we strong,” said Latvian Army Col. Martins Liberts, the Adazi Field Training Exercise Director, during his remarks at the closing ceremony in Adazi.

The company-sized units rotated through a series of situational-training exercises the first week, where host-nation advisors in coordination with Observer Coach-Trainer’s from the Joint Multinational Readiness Center in Hohenfels provided feedback on conducting tasks such as movement to contact, ambush, planned attack and conduct of a defense. The separate companies then combined to form a multinational battalion, and spent four days conducting continuous operations against a determined opposing force. 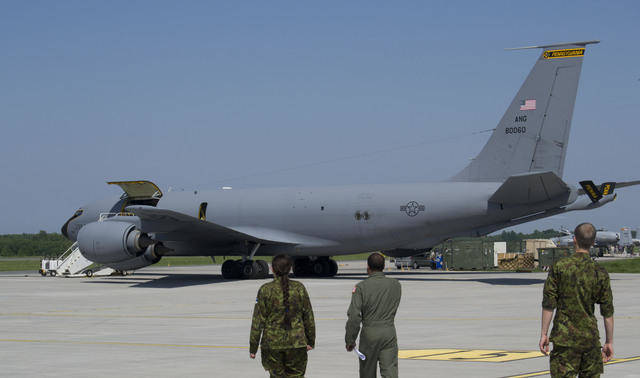 Estonia Joint Terminal Attack Controllers from the Michigan and Washington Air National Guards combined with their Latvian, Lithuanian and Estonian counterparts to call in live ordnance onto targets at the Adazi Training Area, providing an added level of realism to the training.

“Many commanders cooperated with air controllers for the first time,” said Latvian Captain Dans Jansons, Commander, Latvian Land Force Joint Terminal Attack Controllers. “It was a good opportunity for them to understand on hand the effectiveness of close-air support.”

This year’s exercise also marked twenty years of partnership between Maryland and Estonia, as well as Pennsylvania and Lithuania, as participants in the National Guard’s State Partnership Program.

“I was a young lieutenant colonel when we started the program,” said Maryland state Adjutant General Maj. Gen. James Adkins. “I’ve seen a tremendous journey from former republic of the Soviet Union to NATO member.”

Those relationships have yielded results, as Estonian pilots have deployed alongside Maryland Air National Guardsmen in Afghanistan. That can’t be accomplished without those enduring relationships, according to Adkins.

“Seeing the cooperation and partnership between the Baltic nations, U.S. and others is incredible,” said USAREUR Commanding General Lt. Gen. Donald Campbell. “It’s powerful and something we want to continue to build on for the future of the U.S. Army in Europe. I’m excited to go back and work with my team and these nations to see how we can continue to improve upon it. It’s my goal and I’m committed to continuing to so”, said Campbell. 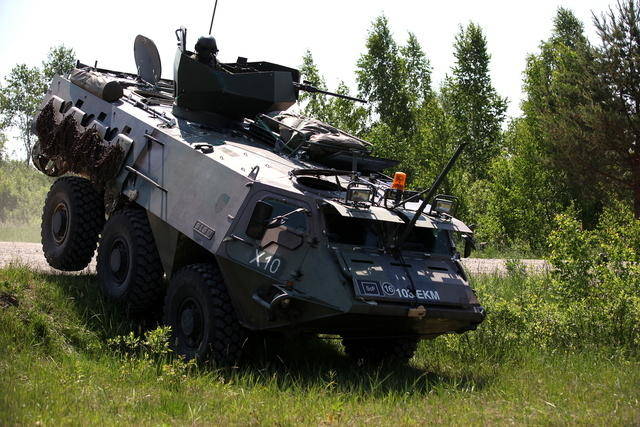 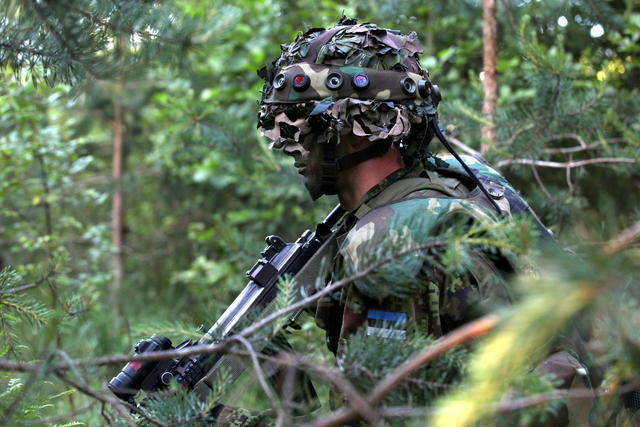 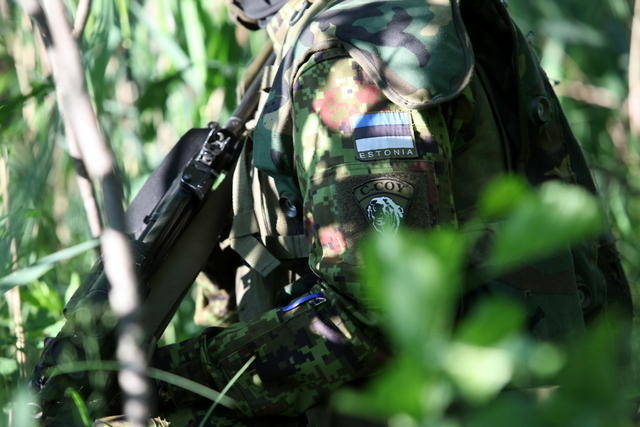 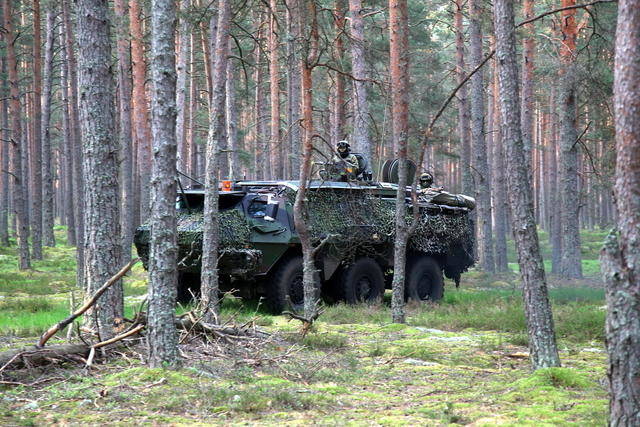 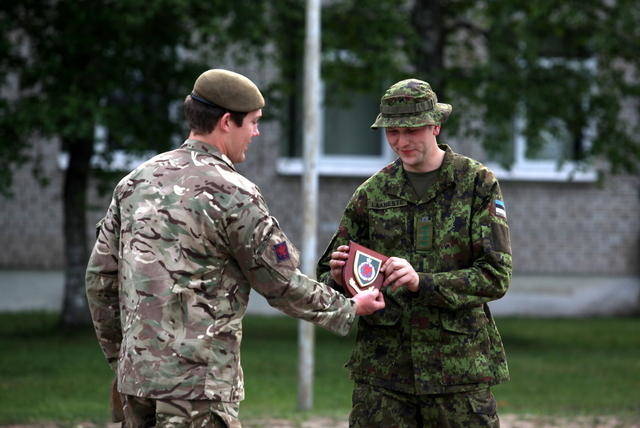