According to Wikipedia only 10% of Computer Science degrees in the United States were awarded to women in 2010. It’s 3 times less than 30 years ago. Why is that, given the fact that teenage girls are using Internet at least on the same rate with guys? 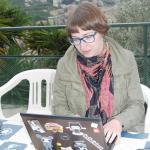 We believe that it’s instrumental having at least some female developers in your startup team. The reasons are:

Too homogeneous teams tend to have weaker performance in creativity and decision making.

2. Better understanding of your customers.

This is important especially for consumer-oriented startups, where most probably at least 50% of your users are women. You can understand their needs a lot better if you have some women on board.

Girls strive for a better solution for a whole team, instead of going solo.

A lot of developers tend to work on a high level of abstraction, waving off small, but important issues as non-relevant. This is not the case with females.

It’s really strange how even one woman improves the internal climate of a testosterone-filled male-only project team. You have less drama and virtually no public swearing.

Recent years have seen several new initiatives to bring more women to programming, as RailsGirls and TechSisters. These projects are very popular and show clearly that there is a lot of willingness by girls to understand software development, and to try it out by themselves.

We at Toggl are lucky to have one female developer, Janika. Although it’s really hard to find more, we keep trying, and really look forward to having more geeky-girls in our team.

What do you think? What are your experiences with women developers in startups?

Alari is the CEO of Toggl, an online time tracking tool. It features 1-click time tracking and helps you see where your time goes.