It’s a nice spring day when I meet Kriss at a stylish café in one of those architecturally inspiring Georgian townhouses in London. She arrives by bicycle, and you could excuse yourself by mistakenly thinking of her as just another beautiful girl dreaming her day away in a bohemian district of Soho. Only that she has just arrived from Berlin and is on her way to New York the very next day. To take part of a fashion show and promote her brand, not to chase butterflies.

From Che Guevara to Chanel

Born in Tallinn, fashion and art was not always her natural choice by default — in fact, she studied languages and business at the Estonian Business School. “I never felt 100% as an artist in a kind of bohemian sense, when I grew up. I always felt a bit entrepreneurial and knew that when the time is right, I would start my own,” says Kriss. Although Kriss rejects any claims for being a creative genius while she was a child, she admittedly always tried new things. ”At one point my mother even christened it a Che Guevara period, because the way I dressed”, laughs Kriss.

She was lucky in a sense that her mother decided to enroll her into one of the best English language schools in Estonia — this was still during a period of communist occupation, when Russian was seen as more important language of the two. This decision provided Kriss with a global language and understanding of Anglo-American culture from early on. 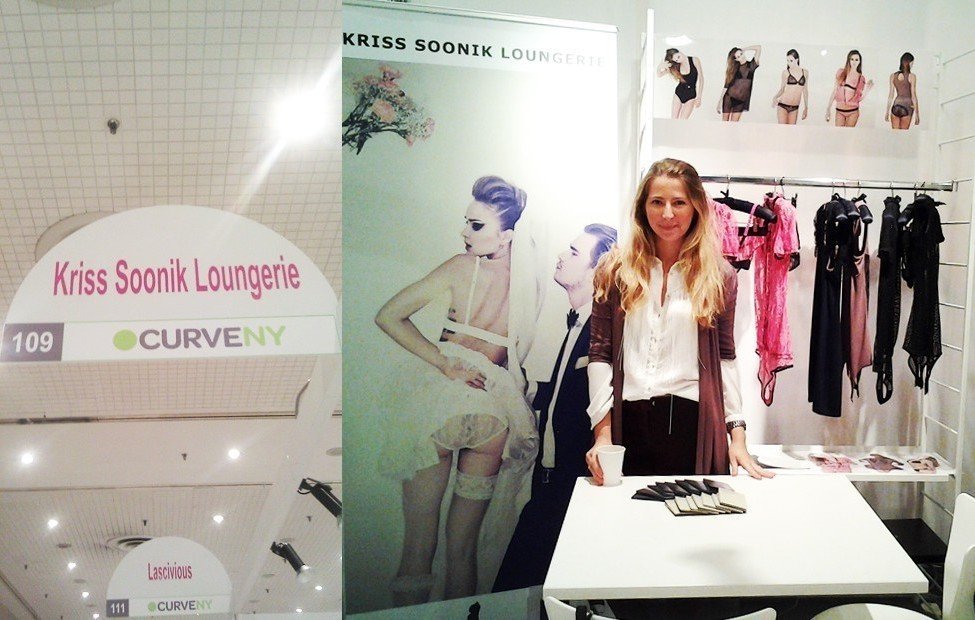 It was during her high school years, when Soonik first started to flirt with a fashion — by chance, as one quite often does in life. Her friend was competing in a womenswear design competition and asked Kriss to help along as an assistant. If this experience didn’t quite yet produce a blossoming Chanel, she nevertheless felt aspired. As she carried on with her own experiments, designing a collection or two, she soon found her niche with a lingerie design.

Somehow it was clear to Kriss from the start that her home market would be too small to experiment with her products — especially as she wasn’t long established fashion designer. Thus, after her business studies Kriss Soonik moved to London — to do a master’s degree at the London College of Fashion. A job for the British lingerie brand Agent Provocateur followed, accumulating invaluable know-how. “There are some things you couldn’t possibly have in Estonia — like for example your tutor mingling with fashion designer Alexander McQueen on a casual basis,” says Kriss.

As her subconscious business mind slowly took over her thinking, by the end of 2008 Kriss decided that the time was ripe to connect her two sides — creative and business — and start her own lingerie brand. For her first collection she collaborated with a chic lingerie boutique Glamorous Amorous — and despite a beginning of the recession it sold out very quickly. Already with her first collection, she gave the “underwear as outerwear” concept a fresh and modern twist. When the traditional approach has been about corsets as evening wear, Kriss started a new wave — wearing velour gowns to a chic Sunday brunch, for example. In line with her styling, in 2009 the term “loungerie” was born — hence the brand name Kriss Soonik Loungerie. She has actually been credited by some fashion magazines, as one of the creators of the term — and indeed, Kriss belongs to the creative fashion designers group called The Lingerie Collective. 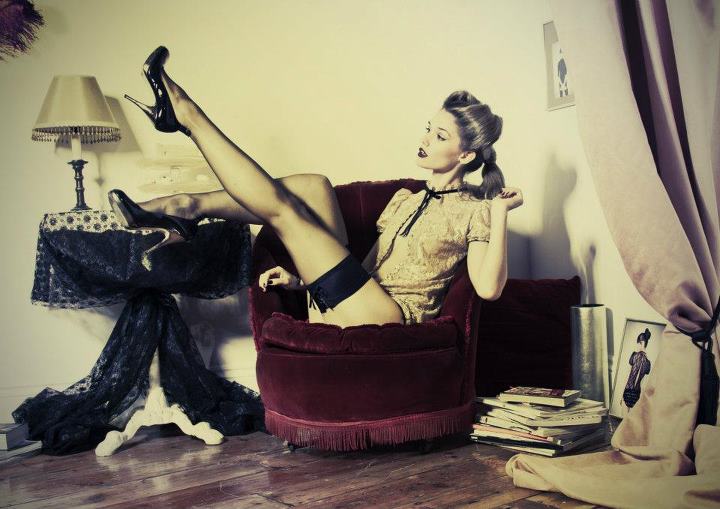 Soonik describes “loungerie” as such: ”Loungerie is a luxurious loungewear at its freshest, blurring the boundaries with fashion. It’s not cute and sweet — rather, it’s sexy and powerful. It is loungewear with an edge. It has also got a bit of sexy cheekiness on it.”

Kriss Soonik Loungerie is now represented in 15 countries — from Italy to Holland and UK to US — and including, rather surprisingly, Saudi Arabia. “Well, Saudi Arabian women want to feel sensual too and I guess that the country is slowly becoming a bit modern now,” says Kriss with a smile.

Over the years she’s taken inspiration from Manga comics, superheroines and cult film figures to challenge the traditional attitudes associated with lingerie and loungewear. All of her designs are finished with the trademark cat or beautifully plump bow in patent leather, satin, silk or perhaps chiffon.

Although Kriss Soonik admits that the fashion journalists can be “a bit bitchy sometimes”, she has again had her fair share of luck — her creations have been featured on both Vogue and Elle. And what about the celebrity fans? “Micha Barton is a confirmed one, but I’m not allowed to disclose you others,” smiles Kriss discreetly.

Kriss does not deny that occasional glamour and travelling aside, it has been a hard work in building up her  brand: “The 3 years I’ve been running the business, I’ve spent most of the time behind my computer. It makes sense with such an international brand but it’s also a bit sad. There are so many inspirational people, things to see and experience. So I decided to change that and introduce “Social Fridays”. Once a month we´ll be working from a cool and inspiring London location – a café, museum, maybe the park when we get extra dose of sun. I might even travel to a city near my clients for a cup of tea and hear their suggestions how to wear our items, what colours they´d like to see in the next collections, or just chat about all things pretty.”

And what about Estonia? Now London-based, Kriss thinks that it doesn’t matter where one physically lives in today’s cosmopolitan world — she maintains that she would always be an Estonian, no matter where she chooses to live geographically. Kriss also points out that she stands by having all of her designs produced in her native country, although she sources the materials from across the globe.