Almost half of the managers in Estonia are women, placing the country second in the European Union, together with Bulgaria.

According to Eurostat, the European statistics agency, 49 per cent of the leadership positions in Estonia are held by women. That makes Estonia to stand out among its peers, as on the average, only 36 per cent of managers in the EU are women.

Almost 9.4 million people in the European Union hold leadership positions, according to the agency. Six million of them are held by men (64%) and just 3.4 million by women. That has remained unchanged since 2012.

At the other end of the scale is Luxembourg where only 15% of managers are women. In Cyprus, 23% of the leadership positions are held by women; in the Czech Republic, Italy and the Netherlands 29%; in Germany 30%, and in Greece and Austria 32%. 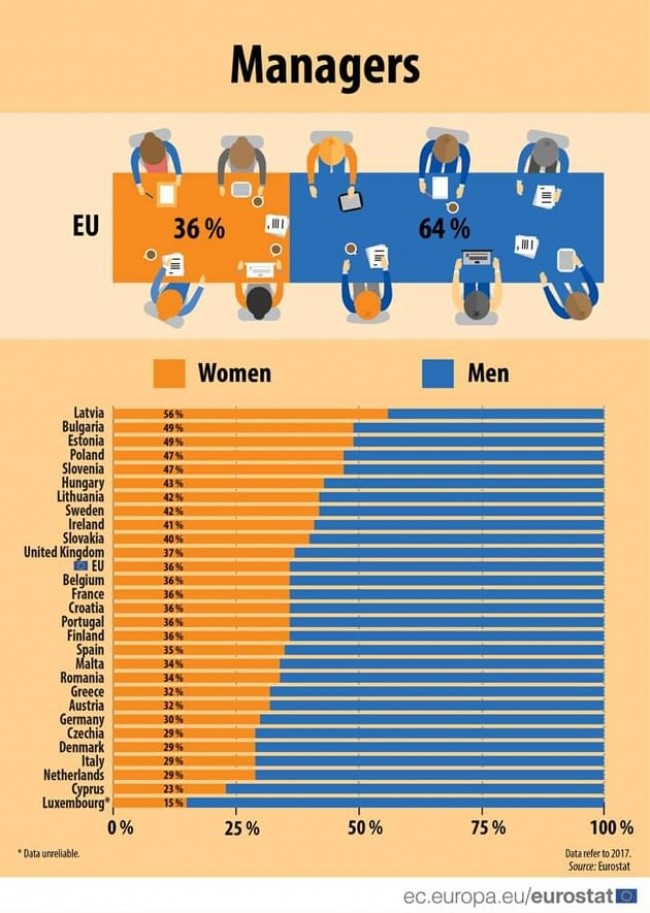 In 2018, 27% of the board members of EU listed companies and only 17% of senior managers were women.