Ahmed Nadir, the CEO of Albatross Technologies, tells in an interview with Estonian World that Estonians could use their education, their innovative ideas and available tools to come to the outsourcing market.

I met Mr. Ahmed Nadir, CEO of Albatross Technologies during CeBIT Global Conferences in Hannover. He delivered a speech on business opportunities in Bangladesh, his home country. He has been travelling all around Europe meeting people and expanding his business network. We both happen to be members of Matador Network, a community for people with a passion for travelling, writing and sharing their experiences. Looking at his profile, there it was – Tallinn, Estonia listed as one of his favourite travel destinations. He was curious to find about more about living in Germany, I was curious to find out his story. Besides talking about his travels, meditation, and religion, I questioned him on his Estonian experience and the personal insights he gained there.

Mr. Nadir visited Estonia in March 2012, and it has remained as one of his favourite countries in Europe. He goes as far as even to state that Estonia and Holland are the places in Europe he felt most welcome, and found the people to be most open and friendly.

“The first impressions were not that welcoming though – I arrived on a cold night in March last year, the airport was empty, and driving to the city center, the streets were empty as well. I thought to myself – there seems to be nobody living here, what kind of a city is it? But afterwards I found a nice bar in the city – the Hookah Palace  and met a lot of young people there. I talked to a lot of people in general in Tallinn, which gave me a better understanding of your small and very special country.” 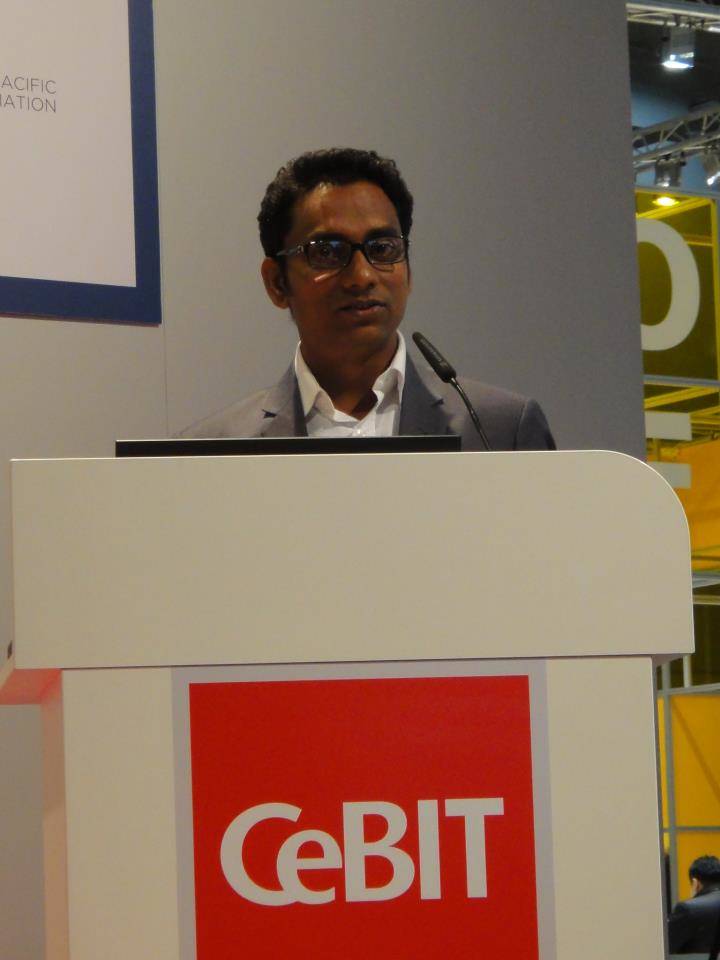 “One of the main things that I noticed right away was the generation gap. I met some 50-60-year old businessmen who had been through a lot, and they were more disappointed with their home country. The young generation is much more upbeat though. They see both the opportunities you have, as well as the challenges that still lie ahead.”

What comes as a surprise to me is his statement that he really liked the fact that most Estonians are not that religious.

“It is very dangerous to say you are not religious – that you´re an atheist – in Bangladesh. I once escaped being badly beaten for stating that in my home country. In Estonia, you don´t have to state anything to anyone, and people usually mind their own quiet business when it comes to religion.”

After elaborating on the difficult history with religious conquerors in Estonia in the past, and the fact that many Estonians define themselves as being spiritual as well, Mr.Nadir agrees with me. “I don´t like the way religions justify their actions, their fundamentalism. On a deeper level, all religions strive for the same things – love, compassion and unity. However, its their differences, the varying interpretations of their holy books that lead to so much violence and intolerance in the world. I prefer to believe in humanity. I meditate every day to keep my peace of mind and focus better on my goals and what´s important in life.”

On start-ups and possibilities for outsourcing

“Another question that made me curious in Estonia was that there are so many start-ups, so many brilliant and innovative young entrepreneurs,  but why are there so little people doing outsourcing? I think that Estonia could also have a huge potential in outsourcing. Your location is very strategic and your culture is very European. These are already huge advantages compared to the main outsourcing countries in Asia, like India. Indian people, no matter how much they can learn about it, they could never understand European mentality fully. You should use these advantages within Europe, not necessarily offshore. It would be more near-sourcing than outsourcing really. You tend to speak a lot of European languages, or at least learn them easily, and you know the culture – you have the big European factor, so to say. Poland and Romania have already discovered this potential and are using it, I think that Estonia could do even better.”

I continue asking Mr. Nadir on the quality of outsourcing, explaining that Estonians are usually very hard-working, expecting a lot from themselves, including quality of results. “It is similar to all the other experiences – you put in your time and effort, and with time, quality will improve as well. You just have to do your best. We are all beginners when we start something new.”

On Bangladesh and Estonia

Asking him what he likes best about his home country, Bangladesh, Mr. Nadir does not hesitate to say: “The people, of course. Their warmth, friendliness, and openness. No matter how poor they are, they are always willing to help you and welcome you to their home. They are upbeat even when faced with tremendous difficulties.”

In the end, Mr. Nadir once again expresses his amazement, and hopes for a great future for Estonia: “You should be proud of Estonia, and your amazing development. For a newborn, or a re-born country, to be exact, you have advanced so much already. It´s time to utilise it strategically to come ahead economically as well.”

1 thought on “Bangladeshi CEO: “Estonia could have a huge potential in outsourcing””