London-based Estonian start-up TransferWise has launched a campaign to help European start-ups save money and focus their limited resources on growing their business. They have also won the support from one of the most famous start uppers the world has ever known: British billionaire entrepreneur Richard Branson. 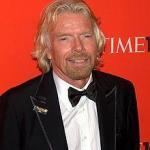 Their campaign aims to use the TransferWise technology to give 1,000 start-ups $100k worth of free international money transfers. One of the co-founders, Taavet Hinrikus, hopes that free access to the TransferWise platform will stop start-ups wasting money on the bank charges they incur when they pay employees or suppliers abroad, attend international conferences, set up offices overseas or raise investment from a foreign firm.

Hinrikus who before co-founding TransferWise with his business partner Kristo Käärmann was Skype’s director of strategy, joining the original team in 2002, said: “I remember all too well how depressing it was to throw away the precious little resources we had in the early days of Skype. We didn’t have investment and were struggling – every pound and euro needed to count. Working between London, Tallinn and Stockholm, meant we were constantly wasting money on banking fees. It was important to me to do something about this for other start-ups when I got a chance – TransferWise’s technology and this campaign is my small way of doing that.”

TransferWise’ business idea is to charge less than established banks on foreign money transfers. Unlike big banks, their transfers are based on real, mid-market exchange rates. They do this using peer-to-peer technology that cuts out traditional bank fees. Usually customers pay a tiny, transparent service charge to access this, but for start-ups taking part in this campaign, it will be entirely free.

Among many backers, they have crucially won the endorsement of the famous Virgin brand founder Richard Branson who commented on the TransferWise’ campaign in his blog: “Start-ups, by their very nature, are international businesses. Many start-ups have employees living and working in different countries, collaborating remotely and building ideas for businesses that make a difference from the ground up. One of the problems they face is high costs of sending and receiving money overseas for individuals or businesses. TransferWise campaign will help to lower the cost of transferring money overseas, by effectively matching people and companies in different countries who want the opposite currency. Hence this innovative idea has also caught the eye of Virgin.”

Other well-known entrepreneurs among 25 backers of the TransferWise campaign include co-founder of Skype Niklas Zennström and co-founder of PayPal Peter Thiel.

Those interested in taking part can do it here: http://transferwise.com/startups.