If you need to say “We’re sorry, we messed up” to your customers, now there’s company, founded in Estonia, that helps you do it.

Sometimes the unexpected can create a sensational feeling. It’s especially the case when someone goes the extra mile for you. Since Sorry As A Service, a startup founded in Tallinn and now headquartered in London, launched over two years ago, the word “sorry” has adopted a new meaning in customer service. The startup helps companies, such as Transferwise and BT, dispatch personal apologies, birthday wishes, welcome messages via local product makers in Europe.

Simply put, the startup ships “sorrys” when companies mess up, Martin McGloin, the firm’s cofounder and CEO, tells Estonian World. According to him, Sorry As A Service has introduced a whole new way to help companies personalise the customer’s journey and increase brand loyalty. “We asked ourselves, how can companies retain their customers better?” he explains. 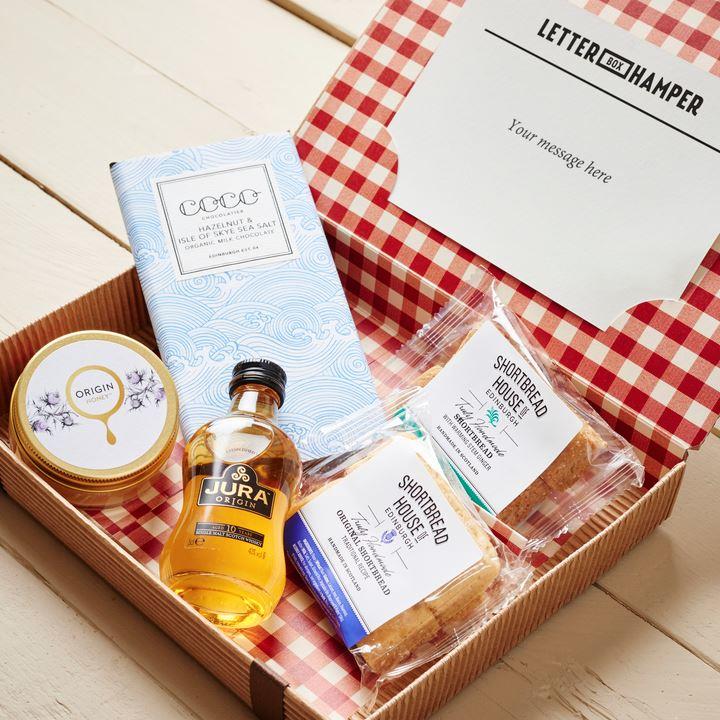 Starting with big dreams in Tallinn in October 2014, the startup first entered the Estonian market, followed by offices in Riga and London. “If you are starting any kind of company, whether it’s a startup or a business, you have to think internationally straight away,” McGloin says. Currently, the team’s energy is focused on the UK market, where demand for a company’s good reputation and goodwill payment is higher.

According to McGloin, his startup sees a problem where most companies don’t. “It’s where things go wrong in customer experience. The companies might give you financial compensation like a goodwill pay or they might just give you cash. Our point is that when you are actually building a lasting customer relationship, it’s better to think about how you build the emotional relationship rather than irrationally throw money out.” 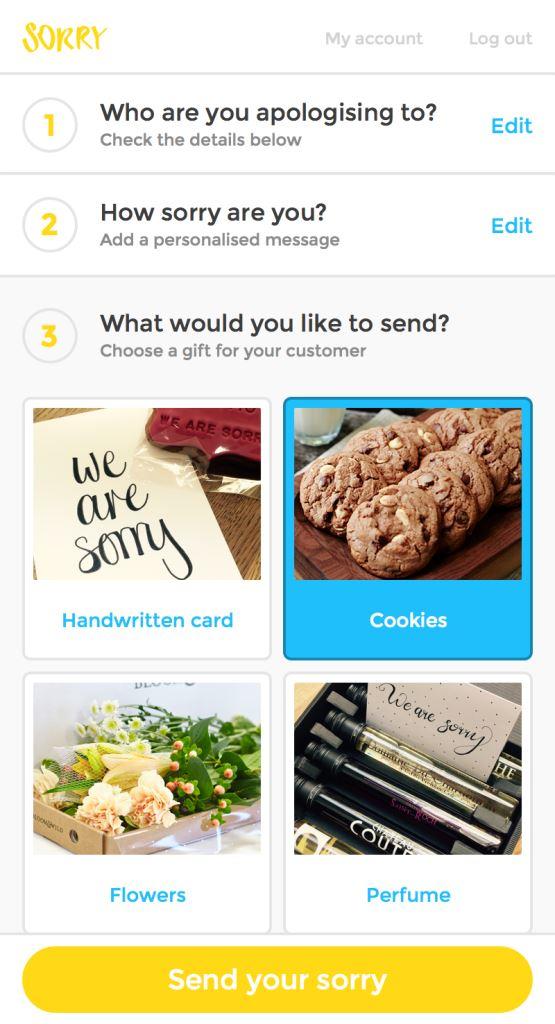 Sorry As A Service’s CRM system, fully integrated into the client’s exciting software, enables the customer advisor to send an apology order via the “sorry button”. Orders vary from expressing regret for a mistake to a gesture of goodwill. From there the customer advisor retrieves the shipment data, selects a gift from a local apology partner, finds the best apology and writes a short message.

“We let companies go above and beyond by just saying, ‘oops. Our bad (mistake)!’ or sending a generic “welcome” email showing we are human too,” McGloin says. “In an age where our interactions with products, services and brand are digitally mediated, the power of the physical and the personal can be immense, and that’s why we made it incredibly easy.”

Launched at a Garage48 hackathon

The four founders of Sorry As A Service – two Estonians, a Latvian and an Irish-Norwegian – blend their different backgrounds into one big melting pot. They all met in October 2014 in Pärnu, the summer capital of Estonia. “We launched at the Garage48 hackathon. I was working for TransferWise as a developer at a time and I was going to hire software developers,” McGloin recalls.

Having spent 72 hours in Pärnu, he decided to jump in, have some fun and pitch his own idea – despite the fact that the specific hackathon was a women’s special, and especially women in tech. They got a team together, discussed whether they would like to give the idea a go, and that idea became a winner. It was unusual situation for McGloin, however. “Oh well, I was meant to hire more developers, not lose anyone.” 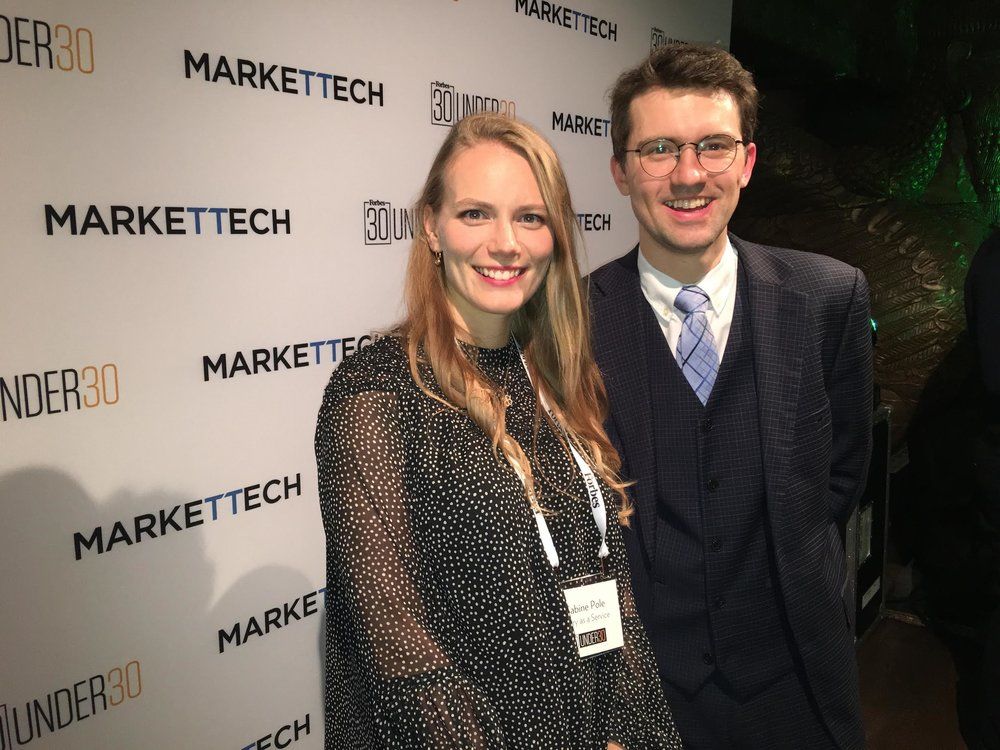 In the first week they had their first client, followed by a first investment, which gave the team reassurance to pursue the idea further. “I think everyone has an ambition to do something for themselves and when the opportunity kind of comes there… You have a customer who is willing to pay you, willing to invest in you even though you have an awesome job somewhere else. One should probably give it a try, right?” McGloin notes.

Soon, the team joined the Startup Wise Guys, an Estonian accelerator programme, which provided the startup with €35,000 investment and an office space. They had three months to develop the platform. McGloin recalls how this period was all about working with the team, getting more customers, building the product and the software. By May 2015, the startup had already an office space in the UK, as well another investor under their belt.

Business can benefit from delighting customers

Sorry As A Service is also looking into ways how companies could optimise customer satisfaction. “One big issue we see with e-commerce stores is that they spend so much money on Google and Facebook advertising to get customers. For example, they might spend €20 for a click. And then once they have got the first order the customer might go shop around and never come back again. But how do you build and make sure they place the second or third order?” the cofounder explains.

“So what we have done with an e-commerce store in the UK is that whenever a customer has placed their first order, for about two weeks later we send them a beautifully handwritten card saying: ‘I hope you are enjoying this item you bought’, mentioning the item they bought and the journey they have had. This is signed by the CEO. By just sending this simple card, we have tripled their first and second orders,” McGloin claims.

McGloin says that their ultimate goal is to show companies how their business can benefit by delighting customers at every stage of their lifecycle. “A simple handwritten cookie can have a powerful effect on a customer’s loyalty and make them never want to leave in a world where switching providers is easier than ever before.”

Images courtesy of Sorry As A Service.

Katre Laan is curious as a cat and enjoys meeting new people. When she is not writing she will be in a yoga class or reading. She is not a fan of TV but is addicted to the Game of Thrones.