Estonia is ranked 12th in this year’s Press Freedom Index by Reporters Without Borders, a global organisation that promotes free media.

Compared with 2016, Estonia has improved its ranking by two positions. However, Reporters Without Borders says it’s easy in Estonia to bring “defamation lawsuits and journalists have not been spared”.

“Legislative amendments adopted in 2010 made it possible for judges to jail reporters who refuse to reveal their sources for stories about serious crimes,” the organisation says, probably pointing at the Source Protection Act the Estonian parliament adopted in 2010 that gives judges the right to demand testimony from journalists about their sources in cases where the crime in question could be punished by more than eight years in prison; there is a major public interest; and there are no other options to collect evidence about the crime.

The index ranks the performance of 180 countries according to a range of criteria that include media pluralism and independence, respect for the safety and freedom of journalists, and the legislative, institutional and infrastructural environment in which the media operates. 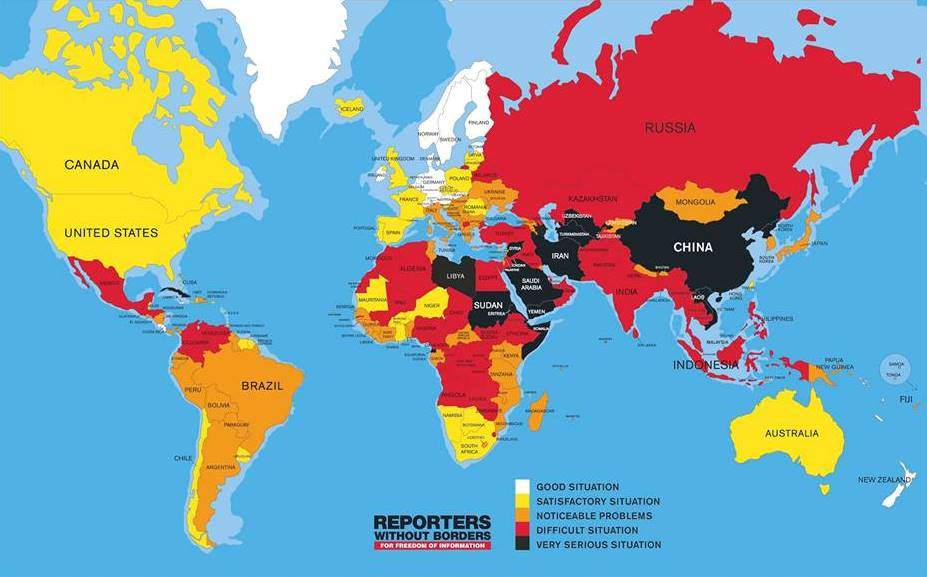 Estonia’s best position in the index was in 2007 when the country was ranked third.

The first country in the Press Freedom Index 2017 is Norway, followed by Sweden, Finland and Denmark.

Estonia’s southern neighbour Latvia is ranked 28th and Lithuania 36th. The Russian Federation is 148th – quite close to the bottom, 180th place, that quite expectedly lists the most secretive country in the world, North Korea.

The cover image is illustrative. Please consider making a donation for the continuous improvement of our publication.