According to the 2018 Transparency International Corruption Perceptions Index, Estonia is one of the least corrupt countries in the world, having been ranked 18th among 180 countries.

No country scores the perfect 100. The closest to the perfect score is Denmark with 88, followed by New Zealand (87) and Finland (85). Singapore, Sweden and Switzerland also scored 85. Norway scored 84, the Netherlands 82, and Canada and Luxembourg both 81.

The world’s most corrupt country is Somalia, ranked 180th with the score of 10. It’s preceded by Syria and South Sudan, both having scored 13.

According to Transparency, more than two-thirds of countries score below 50 on this year’s index, with an average score of just 43.

The index “reveals that the continued failure of most countries to significantly control corruption is contributing to a crisis in democracy around the world”, Transparency noted. “While there are exceptions, the data shows that despite some progress, most countries are failing to make serious inroads against corruption.”

Estonia now ranks higher than the US

Estonia, notably, is ranked higher than the United States (22nd with the score of 71). Only last year, the US scored 75, higher than Estonia.

The index also points out that the scores for Hungary and Turkey decreased by eight and nine points respectively over the last six years. “At the same time, Turkey was downgraded from ‘partly free’ to ‘not free’ by Freedom House, while Hungary registered its lowest score for political rights since the fall of communism in 1989.”

“Throughout the world, political leaders who run on a populist platform are gaining power and undermining democracy. High corruption rates can contribute to increased support for populist candidates.” 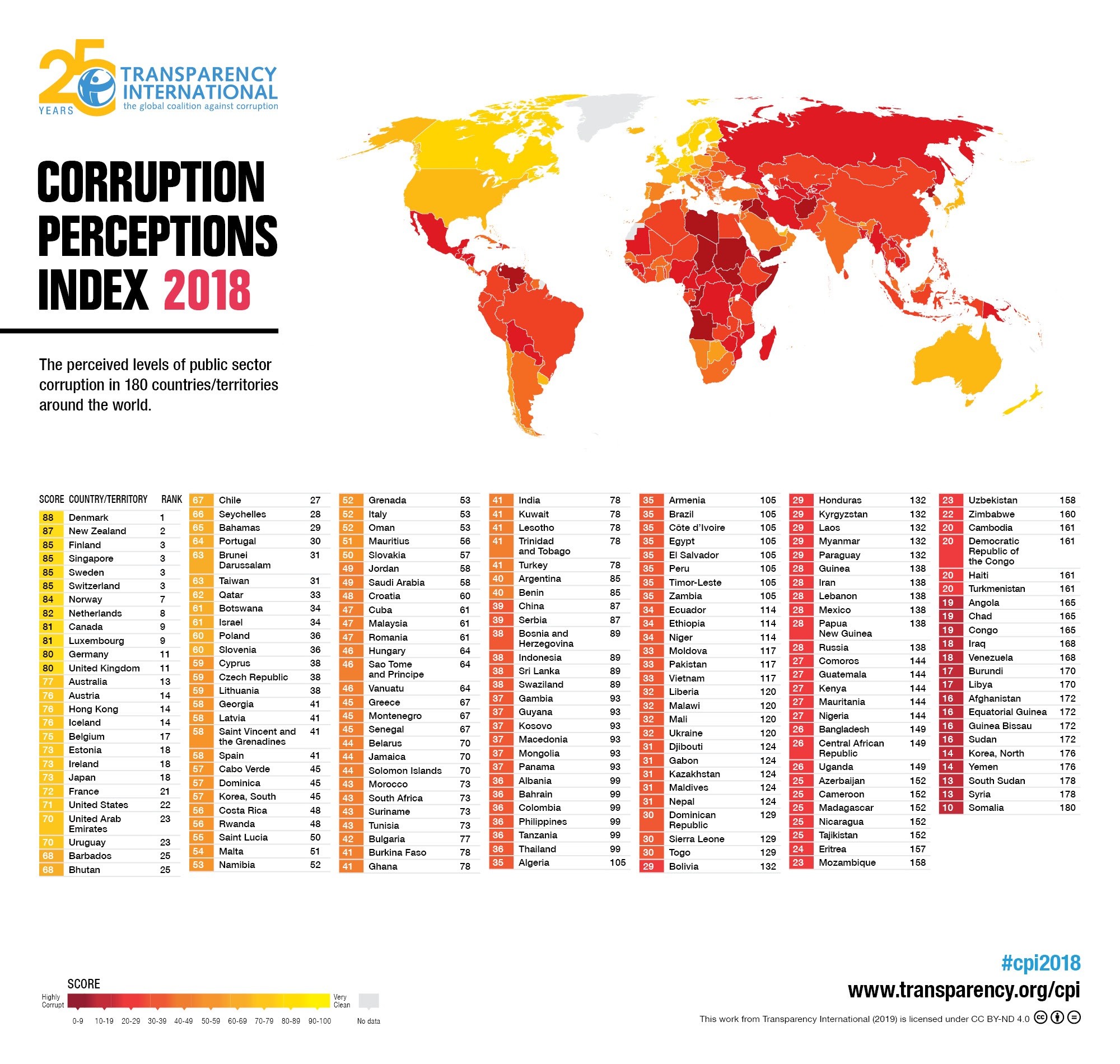 Transparency International is an international non-governmental organisation, based in Berlin, Germany. Its non-profit purpose is to combat corruption and prevent criminal activities arising from corruption.

Cover: The map of the 2018 Transparency International Corruption Perceptions Index.