Estonia leads the Baltic states in the number of startups per capita – the country has 5.2 startups per 100,00 inhabitants while Latvia has 1.8 and Lithuania 1.4.

Estonia is also leading the Baltic countries in terms of investment. “Estonia is an outlier in terms of raised investment per capita in 2017-2018, performing and raising incredible amounts, when compared [with] other regions,” the report noted.

“As a whole, it brings up the Baltic performance to €57.56 per capita, not far off from the Nordics’ €80.71 per capita. Central and Eastern Europe, with a significantly larger population, is left in the dust with €8.31,” the report added.

Opportunities in the Baltics

When comparing the Baltics to the nearby regions – namely the Nordics and Central and Eastern Europe – as smaller countries, the Baltics have smaller investment amounts. “However, when comparing per capita data, they often meet or even exceed neighbouring region statistics. Estonia especially stands out as a country with a very small population, yet high amounts of funding.”

The report also points out that since the cost of living in the Baltics is a lot lower than elsewhere in Europe, “it becomes evident that there are opportunities to be taken advantage of”. 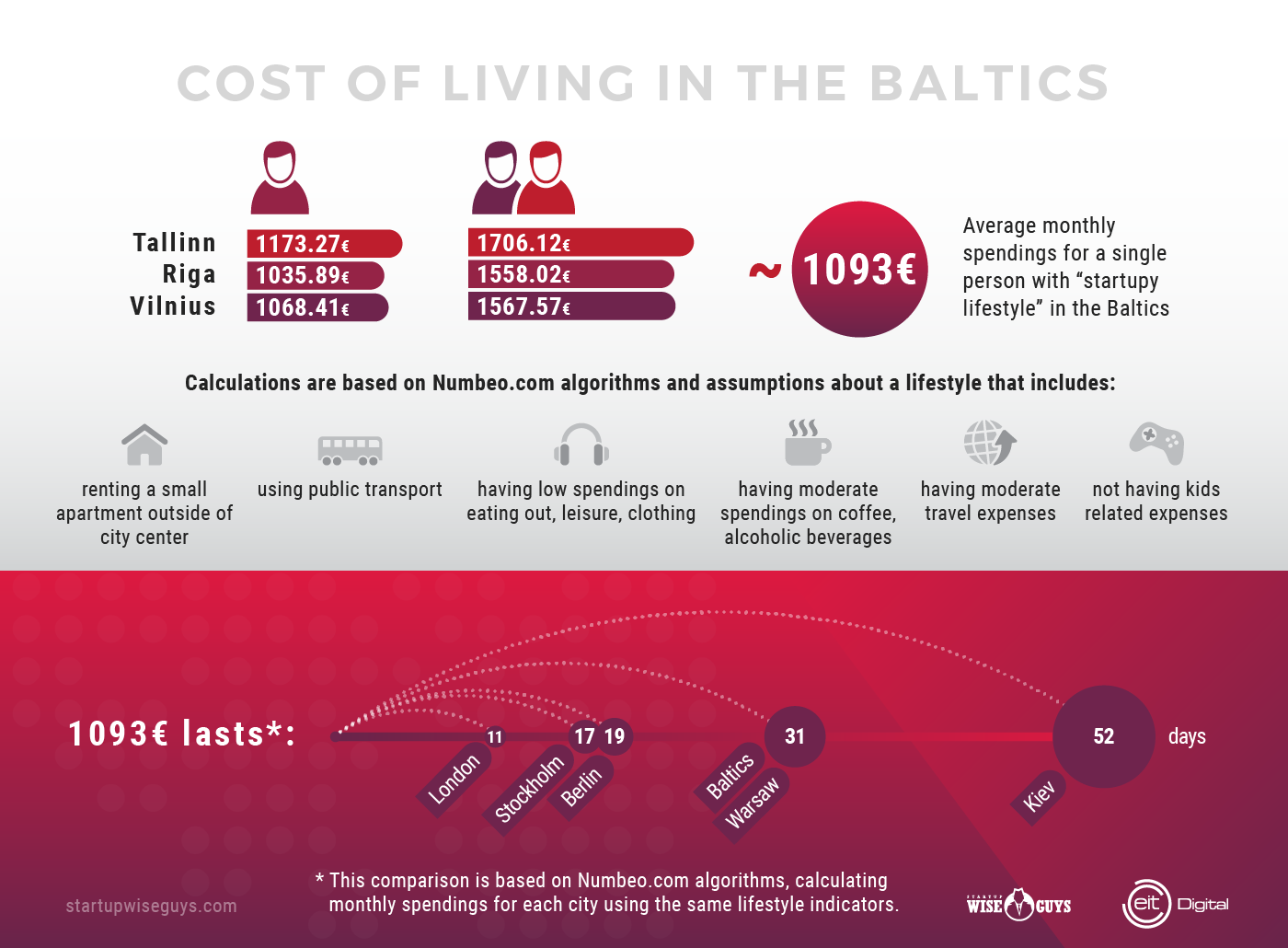 “With rental prices approximately 72% lower than in Oslo, 57% lower than in Berlin and 81% than in London, it is possible to significantly reduce day to day living costs. This becomes particularly advantageous from a startup perspective, where every cent counts. With the combination of a well-connected airport and central location, it could be considered ideal for early stage startup development and testing.”

Startup Wise Guys also point out there have been more than 950 startup visa applications till August 2018 by non-EU founders, mostly coming from Ukraine, Belarus, Russia and Turkey to the Baltics. Each Baltic country has enacted a startup visa or residence permit programme that offers a legal foundation and added perks to work in the country.

However, it looks like it’s the easiest to establish a startup in Estonia, as, for example, in Latvia, a “startup is required to raise €30,000 within six months, and €60,000 within 18 months from qualified VCs”, and in Lithuania, a “company must be established … within 30 days after receiving the residency permit”, according to the report. 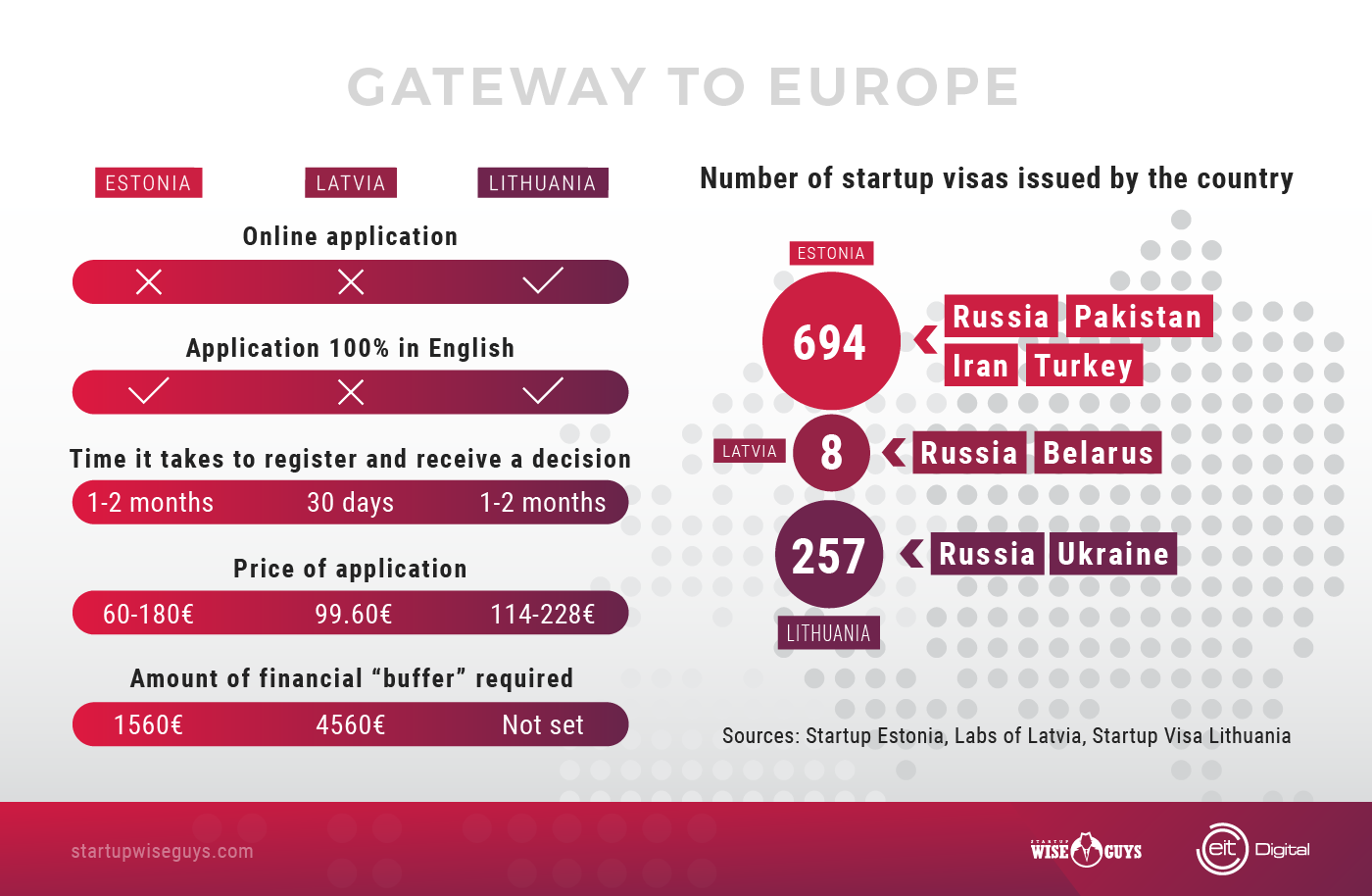 With 100 investments in early-stage startups, Startup Wise Guys is one of the main investors in the Central and Eastern Europe region and the Nordics. The accelerator is focusing on B2B SaaS (software as a service – editor) early stage startups, and it claims its overall startup survival and success rate is above 77%.