The number of Estonian-founded businesses in Finland has more than doubled over the last few years, but estimates of their exact number vary. Possibly as many as 5,900 businesses have been set up by Estonians in Finland. 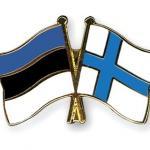 Finnish tax authorities put the number of businesses with an Estonian background at 3,500, more than double the number of only two years ago, while the Estonian embassy in Helsinki said the figure is closer to 1,000.

The Finnish Business Information System said 5,900 companies in the country have been founded by Estonians, but that figure includes dormant companies. Four years ago, that figure was less than 3,000.
The daily said that the reasons for leaving Estonia to set up ventures in Finland are higher salaries and a larger market. Some Estonians made the move for family reasons, it said.

Being culturally, linguistically and geographically close, Finland has seen a massive influx of Estonians in the last five years. According to official figures, approximately 22,000 Estonians now reside permanently in Finland. The number of Estonians working temporarily in their neighbouring country is estimated to be as much as three times higher however — simply because many people work in Finland during the week and return home for the weekend. The 51 miles journey from Tallinn to Helsinki can be completed in two hours by ferry or as half an hour by plane.

The main motivation for Estonians to move to Finland have been higher salaries. The difference between salaries in Estonia and in the Nordic countries used to be extreme: bus drivers in Finland used to earn more than the president of Estonia and for a year’s salary in Finland one could easily buy a new flat in Estonia some ten to fifteen years ago. The contrasts have become smaller now, but the gap is still remarkable. Many Estonians work in the Finnish construction industry or as bus drivers in Helsinki and other Finnish cities. One of the most controversial issues for Estonia has been the exodus of doctors, physicians and nurses to Finland, and also Sweden and Norway — simply because salaries there are up to five times higher than in Estonia.