The value added by the bioproducts mill would be €210 to €270 million, which was approximately 1-1,4 per cent of Estonia’s entire GDP in 2015. In comparison with today’s situation, where wood is exported to the Nordic countries as a raw material, the biorefinery would increase the added value to the wood by four to five times, according to the investors.

Positive impact on the Estonian economy

Margus Kohava, a forestry industry expert, and Aadu Polli, who has extensive international forest industry sector experience, are leading the biorefinery project. They look after the interest of the investor group – forestry experts with 100% Estonian background and extensive experience in the field, they said in a statement. 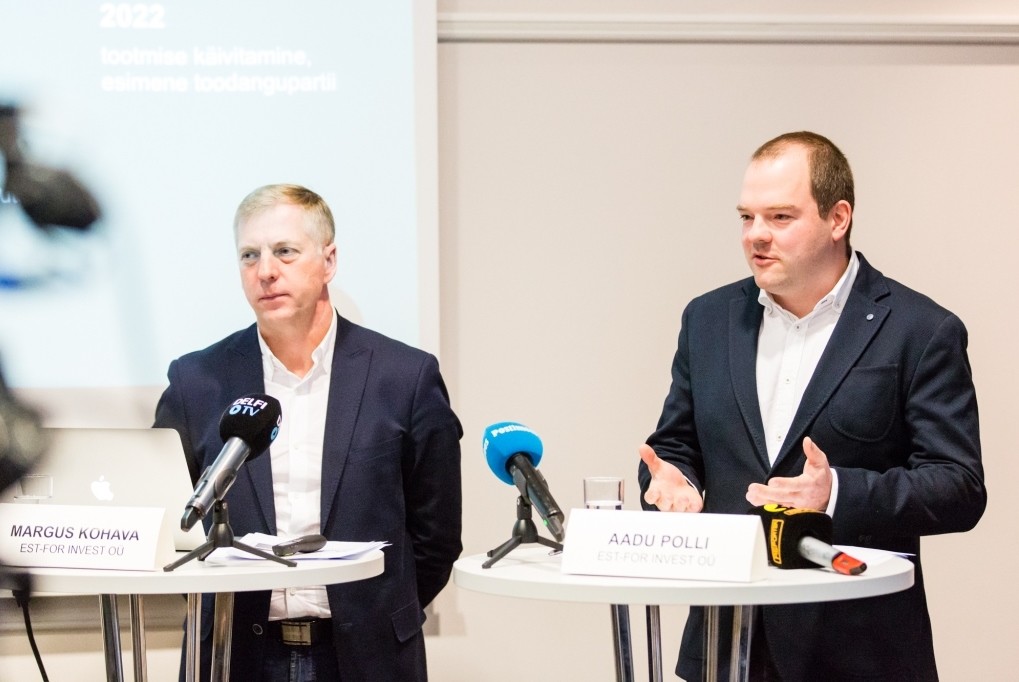 According to Kohava, establishing the biorefinery would have a positive impact on the whole region’s forestry sector as well as on the Estonian economy.

“The biorefinery would annually increase Estonian export by €250-350 million, meanwhile the value of overall exports of Estonian products would grow by two to three per cent. As a result of building the mill, Estonian’s manufacturing industry sector’s average added value would increase by seven to nine per cent per employee,” Kohava said. The mill would create 200 qualified new direct jobs outside the capital region and in addition, 500-700 new jobs in the value chain servicing the mill.

It would become a unique new-generation bioproducts mill in Estonia that would, in an environmentally sound way, make products from renewable raw materials. The products would include market pulp or other bioproducts made from cellulose, hemicellulose and lignin including green energy. The plant would constantly produce 25% more renewable energy than its own use for the production process. The electricity production from renewable energy would increase by 34-45 per cent in Estonia.

According to the initial prognosis, the biorefinery would launch production in 2022, the investors said. The annual planned production capacity would be up to 700,000 tons of pulp. As a raw material, the mill would annually use approximately three million cubic metres of pulpwood and wood chips that are currently being exported out of Estonia with four to five times lower value. The wood would mostly come from Estonia and also from Latvia or Lithuania if necessary, the investors said.

Various locations in different parts of Estonia are being analysed as the potential site for building the biorefinery. The prerequisites for the mill include 100 hectares of land, a location close to raw materials with an operating network of roads and rail, an access to a sustainable river water resource and local qualified labour force.