Its working model is similar to UK based Springboard, which through its program provides small seed capital and the magical ingredient of smart advice from mentors and other entrepreneurs. Startup Wise Guys is backed up by a roster of more than 60 mentors – home grown and international, and many of them seasoned start-up entrepreneurs. Springboard co-founder Jon Bradford is also involved.

Appropriately for the 21st century, it’s not all about “guys” anymore – Elise Sass is the startup “wise girl”, community manager at the Startup Wise Guys. Elise kindly shed some light on the program for us: “We received over 200 applications from all around the Europe and shortlisted 8 teams – from Germany, Ukraine, Netherlands, UK, Croatia, and Estonia. The program started in April and included three steps: shaping (3 weeks), building (4 weeks) and selling (3 weeks), supported by Wise Guys mentors. It culminated with investor days in Tallinn and London. There was a slight skepticism in London first but as we co-operated with Springboard and presented our teams on a same day as theirs, there was a good comparison moment and the feedback we received by the end of the day was very positive – according to potential investors and visitors our teams presented excellent and were comparable with London grown teams. I would also like to underline the fact that this was our first program, so there’s an opportunity to do better.”

Psychology graduate Elise, who also holds master’s degree in interactive media and knowledge environments, is in a way a typical of new generation of cosmopolitan Estonians – not confined within the borders of a small nation but eager to explore the world, take up new opportunities and make their mark. Her very own start-up experience started five years ago at United Dogs & Cats, Estonian website for dogs and cats “community”. From there on she got involved with Garage48 – an early stage start-up boot-camp and hackathon style event series, which started in Estonia and now organises events in many countries, including Africa – their idea is to build new web and mobile services/prototypes in just 48 hours. As the event organiser for Garage48, Elise has taken stints in South Africa, Kenya and Uganda, among others. Occasional social media expert post at a New York based real estate agency also occurred last year.

It was the Startup Wise Guys program which brought her firmly back to Estonia, at least for now. “Last autumn, before flying to South Africa through Estonia, I had a conversation with Jon Bradford (Springboard) and he reckoned that I would be suitable person to lead a start-up accelerator program here in Estonia. So I packed my bags in New York and flew back, because I saw a challenge in helping to develop Estonian start-up culture further. Together with the rest of our team we came up with the name – although “wise guys” has sometimes got a negative connotation, we are emphasising on the word wise – the ability to make good judgments, based on a deep understanding and experience. And this understanding and experience exchange should work both ways – between the qualifying teams and our mentors.” Startup Wise Guys provides a seed capital of up to 15,000 euros per team in return for the 8% equity but according to Elise Sass it’s the experience and advice which counts:”The teams have got a fine opportunity to meet experienced start-up mentors and investors during the 3 months program – for free. It’s up to the teams to take an advantage of this opportunity – luckily in most cases they seem to take it.” Elise runs the program together with Mike Reiner, a Dutch who moved to Estonia in January and has IBM and start-up background. “The team is excellent, and it makes us strong to provide support system for the start-ups – to get additional people and advice that they need”. 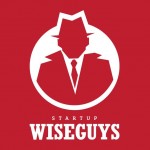