Estonian startup Plumbr, a company that helps its clients predict and avoid software failures, has closed a US$1 million seed round, led by London-based investor Matt Arnold and attracting other investors, such as the former head of Skype Estonia, Sten Tamkivi, and the founders of a mobile payment company, Fortumo. 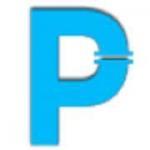 Tamkivi said that Plumbr was “an extraordinary example of deeply technical innovation created by members of the new wave of Estonian startups with global ambitions”.

Plumbr produces software that understands how an application should behave by detecting anomalies in its memory usage patterns and telling users exactly what they need to fix, helping predict and avoid software failures.

The startup’s CEO Priit Potter pointed out that the investment would allow the company to accelerate its product development.

Plumbr’s software is used by about 100 customers. Notable customers include Dell, HBO and NATO. According to Potter, the software has detected the cause of more than 3,500 memory leaks in its customers’ IT systems.

Cover photo: Plumbr team meeting Jeff Levine, the US Ambassador in Estonia, at the Geekout conference.