The prime minister of the United Kingdom, Theresa May, said at a meeting with her Estonian colleague, Jüri Ratas, that she wanted to reach an agreement on EU citizens’ rights in the UK as quickly as possible.

The prime ministers, meeting in London on 18 July, discussed the fact that the United Kingdom was on a journey to leave the European Union and May asserted she was looking forward to reaching an agreement on citizens’ rights at the earliest possible stage.

There are approximately three million EU citizens in the UK, of whom around 18,000 are Estonians. About 40 Estonian companies are also operating in London. There are about 1.2 million British subjects residing in other EU countries, of whom about 500 in Estonia.

May also said her country was determined to a close friendship with Estonia.

“The prime minister said we are leaving the EU but we are not leaving Europe and we are determined to maintain close friendships with our allies like Estonia,” Downing Street said in a statement. 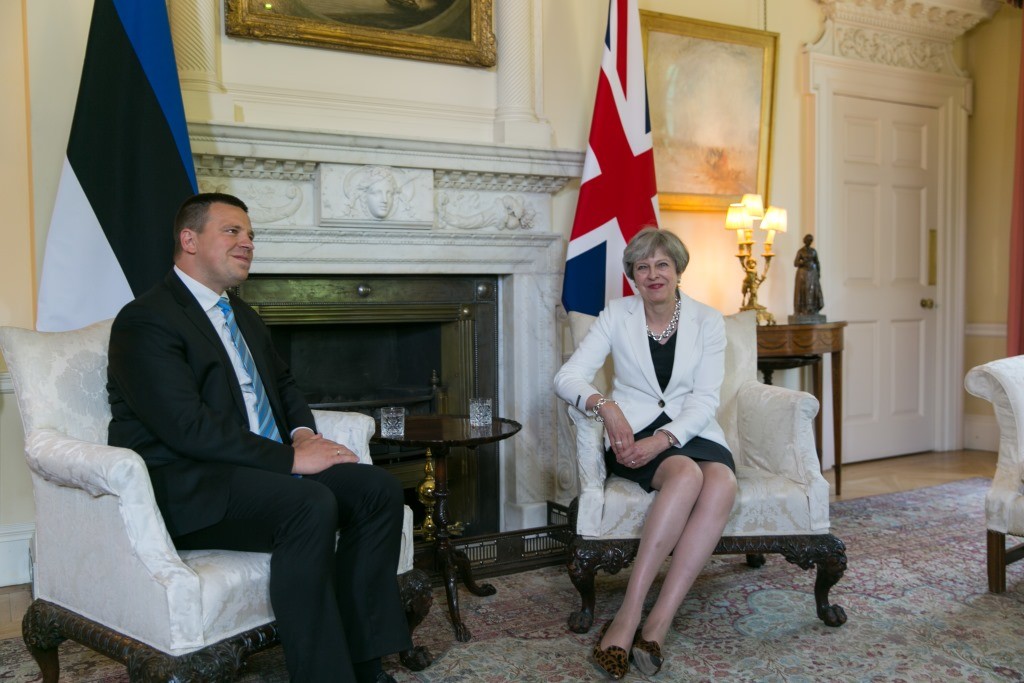 May also welcomed Estonia taking over the EU presidency and said the UK would work to support Estonia’s agenda, including on digital initiatives, cyber security, tackling online extremism and addressing the migration crisis in the Mediterranean, the statement added.

The United Kingdom is one of the most important allies to Estonia, alongside with the United States. There are 800 British troops deployed in Estonia as part of NATO’s Enhanced Forward Presence and British fighter jets are frequently policing airspace in the Baltics region.

The UK is scheduled to leave the European Union in the summer of 2019.