Foreign owners of small businesses in Estonia are facing tough choices as new laws pushed through last summer are making it more difficult – and more expensive – for non-EU citizens to stay in the country. For example, the changes have now put the popular, expat-run institution Comedy Estonia under threat.

This article was first published by ERR News and has been republished by kind permission. 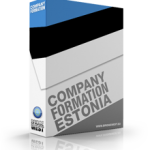 Louis Zezeran is the Australian owner of the high-profile, stand-up comedy event organiser, which has had a major impact on the country’s entertainment business of recent years. He recently learned that, due to the 2012 changes to the Aliens Act, he will have to boost his salary to 1.24 times the national average if he wants to renew his residence permit. It’s a financial hit that he says his company cannot afford since, like many in the entertainment industry, it runs on paper-thin profit margins.

“There would be about 8,500 [euros] extra a year that would just be gone from my business. And what that’s going to do is tank my business in about 12 months, roughly. So even if I stay and I pay this, my business is going to tank. We simply don’t have 8,500 sitting around, doing nothing,” he told ERR News.

Zezeran obtained his last temporary residence permit based on a provision for members of a company’s management board. Previously, it carried no specific salary requirement. He had set his salary at a low level in order to keep money in the company, which employs three workers – two full-time and one half-time. He said he was hoping to hire another full-timer within the next six months.

“I was just paying myself the minimum amount, trying to live quite thriftily,” he said.

When Zezeran went to renew his residence permit a few weeks ago, however, he was told by Migration Office workers that his salary was no longer good enough. “They said I couldn’t apply. After that, I went to a migration lawyer, and he said my only option was to increase the income.”

What those in Zezeran’s position are now being required to pay, 1.24 times the average salary, is around 1,070 euros a month. Adding the 33 percent social fund taxes, it will cost a company over 1,400 euros a month, about 550 of which goes out in taxes. Zezeran said that the other option open to him, to invest 65,000 euros in the company, was even further from the realm of possibility.

Faced with the choice between leaving Estonia and having his company die a quick death, and staying and facing later bankruptcy, Zezeran said he plans to bite the proverbial bullet, raise his salary, and get the residence permit.

“It seems absurd that Comedy Estonia would go downhill for all this hard work. I want to say that’s clearly not going to happen, but I’m fresh out of options right now,” he said.

Aftermath of a scandal

The legal changes that are plaguing Zezeran and others like him were rushed through Parliament last spring in the wake of a political scandal that dominated the press for months.

The prior December, journalists exposed a scheme under which elected officials from IRL (Pro Patria & Res Publica Union) – a Parliament member and a Tallinn city councilor – procured Estonian residence permits to wealthy Russian nationals. The two later resigned from their positions, but no criminal charges were brought against them.

Lawmakers were eager to plug the regulatory gaps that had allowed businessmen to obtain residence permits based on phony companies with no real activity. In doing so, they also canceled the minimum salary exemption for those who, like Zezeran, were employed as management board members.

To be fair, the changes did involve some easing of restrictions, particularly for newcomer entrepreneurs. But they also ended another major avenue for residence permits that many non-EU Westerners have used when no other option fit: sufficient legal income – in other words, having sources of money outside Estonia. It is an option that has been used by international freelancers in various fields who have settled in Estonia but do not actually work here.

And it has also been used as a fallback for the kind of entrepreneurs who settle here longer term while cultivating projects.

One such entrepreneur in the IT field, Richard (not his real name), is a US citizen who had been living in Estonia for several years, each time being granted a new, two-year residence permit based on legal income. He recently found out the hard way that, after last year’s changes, the type of residence permit is no longer being issued.

“I didn’t see this coming and it has created a mess of my life,” he said, speaking from outside Estonia, where he is currently stuck. “Basically, I went to get my two-year visa like I did for every time for six years and was told, with no formal warning, that I wouldn’t have a chance to get another one. And the situation I’m in is that I’m in a startup and now I have to fly the programmers out,” he said.

“I’ve lost all access to my computers and hardware, and my house, my cars…,” Richard said, adding that his Estonian bank has also blocked online access to his account as a result of the expiration of his residence (indeed, SEB confirmed such a problem can arise).

Staff at the migration office told him he should have read about the changes in the newspapers. Richard does not read Estonian. And as with Zezeran, they told him that he had two options: to invest 65,000 euros in his company or pay himself a salary that would entail paying 550 euros a month in taxes.

“Obviously it’s small money if you run a big company here, but if you’re just an entrepreneur, you’re bootstrapping it and this new law comes into place. It’s 550 in taxes or 65,000 in capital, it’s pretty substantial,” he said.

Richard believes that information about the 2012 changes should have been loudly and clearly communicated to the foreign community through embassies, and that the changes themselves were rushed through without consideration for small businesses like his.

“What they need to be careful with is the fragile ecosystem of the tech scene here, where foreigners need to come and be able to live, hook up with buddies in universities and get projects going,” he said.

“What’s attractive about Estonia is that you can come to this country as an entrepreneur with a lower budget, and you can kind of hang around and look for good people and get into projects. There’s no person that’s going to want to start a company in Estonia without having to be here for a few years. So I think that kind of blocks people like me and other talent out.”

Relief on the way?

Somewhat ironically, the problems faced by Zezeran and Richard come at a time when a draft for a new Aliens Act is circulating through the ministries, one that is designed to smooth the way for certain non-EU citizens to work in Estonia.

“Amendments to the law that are currently processed are a part of fulfilling the goal of the government’s action plan to make Estonia a more attractive destination to skilled specialists and foreign students,” Ruth Annus, head of the Interior Ministry’s Migration and Border Guard Policy Department, told ERR News in an e-mail.

“We are cooperating with more than 30 partners from different areas to find the best long-term solutions and we will continue working on it, including the creation of adaption programs to newcomers,” she said.

Going into further detail, Kert Valdaru, who heads the Center for Migration Studies at the Academy of Security Sciences, said the changes being talked about would make it easier for companies to hire top foreign specialists, as long as their salaries are twice the Estonian average. He also noted that there are provisions for start ups as well, waiving the current 65,000-euro investment requirement for those companies less than a year old.

Such changes, long advocated by the business and academic communities, are certainly welcome, though it is unclear whether they could help those like Zezeran or Richard who can’t pay themselves Microsoft-level salaries and whose companies may not fit the start up mold.

While Richard wondered aloud, and later repeatedly in writing, whether those responsible for the IRL scandal that triggered his problems would ever be jailed, Zezeran worried that the needs of small businesses outside the tech realm are being ignored among the race to accommodate the next potential Nokia or Skype.

“There’s a thing going on in Estonia where everyone gets all excited about anything to do with IT or a phone or a computer. They can sell to the world and scale infinitely and that’s amazing,” he said.

“But small businesses are also the lifeblood of an economy. Mom-and-pops that employ five or fewer people are fundamental building blocks of an economy and that’s a valuable thing. These are businesses that will never make a million dollars but are absolutely vital to an economy and provide jobs,” he said.