Twenty five scientists from Estonian universities belong to the top one per cent of the most cited scientists in the world. Twenty of them are from the University of Tartu. 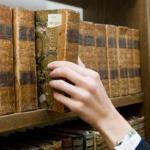 “Citations are really important because what’s the use of brilliant thoughts when nobody notices them?” Jüri Allik, a professor of experimental psychology at the University of Tartu, noted. He has been analysing the global quotability of Estonian scientists for more than ten years and is among the most referenced scientists in his field as well. He said that figuratively, quotability shows whether the audience consists of only some listeners or whether it is a concert hall full of people.

“If there are no references at all, then, bluntly speaking, the article is scrap paper,” added Richard Villems, the president of the Estonian Academy of Sciences and one of Estonia’s most referenced scientists in the fields of molecular biology and genetics.

There are many databases that keep count of how often scientists are globally referenced. The Thomson Reuters ISI Web of Knowledge is one of the most broad-based and influential among them and is a sort of scientist’s ‘bible’.

According to this database, the world’s most referenced Estonian scientist is Risto Näätänen. From 2001 to 2011 he was referenced scientifically 4,117 times. Considering his entire career, the number stands at 24,000 times.

The 73-year-old’s career is built on his discovery of mismatch negativity in 1978, which he has put into practice in various fields. Mismatch negativity is one of the brain’s reflexes. According to Näätänen, it allows us to foresee mental degradation in older age and evaluate the chances of a person coming out of a coma.

“He was lucky to make such an important discovery; of course, he has been really diligent and persistent as well,” noted Jüri Allik. Five years ago, it was Allik who invited Näätänen (who had been co-operating with Estonians since the nineties) to work in Estonia, after Finnish law required the latter to retire at the age of 68, despite his great mental and physical fitness (he even participated in the Helsinki marathon at the time).

The work and the world

Between 2001 and 2011, Ülo Niinemets, a professor of plant physiology at the Estonian University of Life Sciences, had the next best total sum of references after Näätänen. In addition to other achievements, Niinemets and his colleagues proposed a hypothesis that in the globally changing climate, evergreens survive better than deciduous plants as the CO2 level increases because their cell walls are thicker, thus hindering the intrusion of CO2 into the leaves.

“It’s all hard work, nothing else. As they say, you always have to do more than the others,” Ülo Niinemets said.

Right after Niinemets, the third place — with 3076 citations between 2001 and 2011 — belongs to the evolutionary geneticist Toomas Kivisild who currently works at the Cambridge University.

Kivisild has also participated, along with other Estonian scientists, in an international research group devoted to finding out how people left Africa in the distant past and populated other parts of the world, while dividing into large groups and sometimes mixing again.

Still, when comparing scientists according to quotability, one mustn’t forget that it makes more sense to compare them in their respective fields and not between different ones, because the speed of getting published is not the same for all fields. Tracking quotability differs, too. For example, in computer sciences you need 185 references to get into the top per cent of most referenced computer scientists in the world. In physics you’d have to gather at least 2,313 references to achieve that.

This doesn’t mean that computer scientists are worse than physicists — it just emphasises the differences between fields. In physics, it’s quite ordinary that a single article has many authors. It could be a two or even three-digit number. In some other fields, especially in humanities, a successful scientist may write more monographs than articles.

Estonia among the world elite

When countries are compared according to the average number of references per scientific article, Estonia has 9.46 references per article, putting the country in 30th place, right after Singapore and before Portugal.

Switzerland, United States and Denmark are the three countries with the most references. “When it comes to writing articles that are getting referenced, Estonian science has been extraordinary lucky internationally,” Jüri Allik pointed out.

When different fields are compared, Estonian botanists and zoologists stand out the most, as they have 23.7 per cent more references per article than the world average. “Botany has traditionally been good in Estonia. The science has had decades of time to evolve and become mature with the support of strong leaders,” Ülo Niinemets explained.

Compared with the world average, Estonia has the biggest references deficit in economic sciences: 62.2 per cent. According to Raul Eamets, a professor of macroeconomics at the University of Tartu Institute of Economy, there’s no need to worry: “We’ve had only about twenty years of dealing with economic sciences free of ideology, while most disciplines have decades of publishing and ideology-free science at their foundation. Hence the difference.”

With a new generation of scientists on the rise, the number of publications and references in economic sciences has been increasing every year. “In the next five years, we will definitely continue to improve our position in the world,” Raul Eamets added.

Jüri Allik, Risto Näätänen, Richard Villems and Ülo Niinemets, all among the most cited scientists in their fields, made a comparison between getting into the top in science and sports. “Science is a competitive sport. You can relax and rely on the past for a couple of years, but if you want to stay at the top, you have to participate actively in science and deliver publications,” Allik said.

Näätänen, who gives a lecture titled “How to become a top scientist and stay there” to doctorates at the University of Tartu, said that success is mostly based on three things: enormous work; diving into the literature to ignite new ideas; and the temerity to come up with novel and unique thoughts.

“For years, nobody paid any attention to my findings on mismatch negativity. It was only later that it received more serious recognition,” Näätänen recalled. “A top scientist must have the courage to do things differently and believe in their ideas even if there’s no one else who shares their beliefs.”

This article was first published in English by the University of Tartu: http://blog.ut.ee/

1 thought on “How good is Estonian science?”