When Taavi Raidma (27) was 10 years old, he was dreaming to set up his own bank, together with his brother. Perhaps it was just a bit too early to start his own business – after he had persuaded his grandparents to become their first clients, his parents put a stop for further expansion plans. But fast forward 17 years and he is the co-founder and CEO of the UK based firm CrowdIPR (Crowd Intellectual Property Research) and the company is truly expanding – not in a courtyard anymore, but around the globe. It was worth to have a dream. 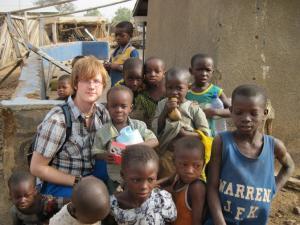 While still at high school in Tartu, Estonia, Raidma was already eager to travel and see the world (to date he has travelled or lived in over 30 countries) and he managed to become an exchange student in the US via United World Colleges. Raidma spent 2 years in New Mexico where his international network of friends first started to take shape – 84 nationalities were represented. From then on he rolled onto Wheaton College (Massachusetts, US), where he studied Economics & Management. While there, Taavi set up an investors club and his final year diploma topic was about microloans in South African Republic. In the process he researched how small loans (about 50 euros per 6 months) would able to encourage entrepreneurship and lift poverty in Africa. His interest in the subject continued when he worked for a non-profit organisation in Ghana, dealing with poverty issues. Raidma earned his MSc in Local Economic Development from the London School of Economics. Various stints as a business consultant for different companies in Estonia followed, including setting up a marketing company called Meedium Marketing, which is still a viable company on its own right.

In 2011 Taavi Raidma was working as a consultant for universities and start-ups in Estonia. While developing IP (intellectual property) strategies for universities with a commissioner of patents, they realised that the IP world is actually quite messy – there was a room for an improvement. Crowdsourcing seemed like a good solution: what if there was a global online community of technology and intellectual property experts who would give their feedback on new projects, to find out whether it is innovative, or not. Cheaper and simpler system, in other words. The first business model was prepared within a week. An early investment from the UK was found.Thus a firm called CrowdIPR (Crowd Intellectual Property Research) was born. Three months later it had its first paying client. 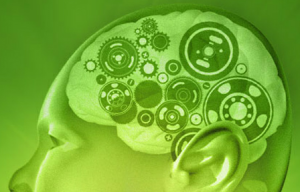 CrowdIPR connects technology experts with companies in need of a quick and high-quality patent and technology search. Businesses or universities who have come up with a new idea or product can sign up to CrowdIPR, and conduct patent research directly through the platform. CrowdIPR’s global base of over 2000 researchers from all around the world can then provide information about similar products that already exist, in the form of patent documents or academic research. Patent researchers have different backgrounds and experiences, such as graduate students, patent professionals, and law professors – but typically they’re all academically qualified to a high standard and are specialists in a chosen field, be it engineering or computing.

Each project reply can be commented on and rated, with the researchers providing the most relevant references and users giving the most valuable feedback being rewarded with cash. Taavi Raidma’s partner in the business is Taavet Kikas who is the IT-brain and data miner behind CrowdIPR. He has worked out the smart algorithms that help them to determine which researchers are the key contributors behind each research project. These clever algorithms also evaluate the relative strength and value of submitted patents, suggest other similar documents and provide an automatic competence score on experts.

CrowdIPR is using a freemium model (a business model by which a product or service – typically a digital offering such as software, media, games or web services – is provided free of charge, but a premium is charged for advanced features or functionality). Those looking to use the site for intellectual property research – also called ‘prior art’ research – can sign up to the Basic package for free, which offers up to 30 references, or the Professional option, which includes unlimited references, ratings data and web and phone support. This model makes it accessible for start-ups and university research groups who have a very little money to spare for gathering information.

And where’s the  profit for CrowdIPR? They charge 3-30% transaction fee from each project. To date they have looked after 55 projects, mainly from the UK, Estonia, Russia. They are now planning to introduce a new “Marketplace” premium service – the idea is that IP research companies or experts can make a bid to various projects on CrowdIPR plarform – and then the client will pick up a suitable one to work with.

CrowdIPR moved to the UK in 2011, first to Newcastle which is a growing tech hub in the north-east of England, and now has also got offices in London and Tallinn. Why UK and not Estonia? Taavi says that even though they are an online firm, face-to-face meetings with potential and existing clients are still very much a reality. Large number of CrowdIPR clients are based in the UK, such as universities, technology firms, and law firms – hence the location. The fact that the team is from Estonia, has certainly not caused any obstructions though, neither in Silicon Valley or London – many people chuckle when they hear that another tech firm is representing what is known as #estonianmafia. Besides, potential clients are normally won over by the professional product that they have created.

Raidma thinks that there are quite a few reasons why Estonian start-up scene has received such a boost in last couple of years. In his opinion it’s a great advantage that Estonia is small – her start-up scene is a close-knit community, keen and open to share their knowledge, experience and network with others, creating a dynamic and boosting spirit. Also, he does not buy an idea that Estonians don’t co-operate while abroad – vice versa, he thinks that at least in the case of business start-up community the opposite is true. While having his office and working in a Google Campus in London, he has already become accustomed of meeting another bustling Estonian entrepreneur or start-upper there by chance. When thinking of going international, the size of Estonia contributes again – the home market is just too small for many innovative products or services to become viable, hence the global push. A certain global hype around Estonian technology and start-up scene, which started to snowball by Skype-effect, also helps. But just like ERPLY’s founder Kris Hiiemaa, Taavi Raidma also thinks that aspiring Estonian start-up firms should be quicker to snatch this positive hype for their advantage, and use every opportunity – especially on fundraising, now – because it might not last forever.

What about future? Raidma’s firm has in the past received a £100 000 ($160 000) funding from Northstar Ventures and IP Group, both UK-based venture capital firms. Although not profitable yet, Taavi is confident that a bright future waits for his venture: apparently the technology and patent research market is worth a whopping $4,5 bn a year. Raidma says that in the past twenty years the fight over intellectual property has really intensified – to a full blown battlefield, as we recently saw in Apple vs. Samsung case, for example. Although he is not impressed with the ongoing patent war between those technology giants, he also thinks that it will make more people aware of the intellectual property issues, and therefore will potentially expand CrowdIPR’s opportunities – with a change in the market, there’s a growing need for new and innovative ways for gathering and analyzing IP data. Their future plans also include setting up a base in the US, as well as in India – apparently about 50% of the IP research outsourcing originates from the world’s largest democracy.

Taavi Raidma’s ambition for CrowdIPR is to be the leader on IP (Intellectual Property) market. With only handful of competitors with a similar business model, CrowdIPR really seems to have of what it takes.