Kwun-Lok Ng, a startup founder from Hong Kong, is one of the increasing number of entrepreneurs who have benefitted from the Estonian startup visa programme.

This article is paid for by Startup Estonia.

At the beginning of 2017, Estonia launched a new programme – called the startup visa – allowing non-EU nationals to come and work for Estonian startups, relocate their existing startups or establish new ones in the country on preferential terms. So far, the startup visa programme has received 507 applications from over 50 countries.

Estonian World caught up with one of the startup entrepreneurs, who is currently working in Estonia thanks to the startup visa. Kwun-Lok Ng, originally from Hong Kong, runs his new globally aspiring startup, Kipwise, from Tallinn. His company offers businesses that are using Slack (a team collaboration tool) a service that turns daily communication into team knowledge.

While Ng’s teammates and partners are still based in Hong Kong, he has lived for the past two years in the Estonian capital – and is rather pleased with his life there.

From a ferry trip to launching a business

Ng first explored Tallinn when visiting a business partner in Helsinki – taking a short ferry ride from the Finnish capital. “I still remember my first impression – walking from the port and entering the Old Town via Great Coastal Gate by the Fat Margaret’s Tower,” he recalls. “For someone who grew up in Asia, this medieval old town was very impressive. In Hong Kong, our oldest buildings are perhaps a hundred years old.”

In his first visit, he spent just four hours in Tallinn – but was impressed enough to apply for a job in Estonia. “I was very lucky – I applied for a job at Jobbatical (an online platform that connects companies with the business and technology talent worldwide – editor) and got the job. Jobbatical handled everything connected to the visa process and paperwork.”

Encouraged among other things by the incentives the Estonian startup visa provides, Ng set up his own Tallinn-based company, Kipwise, about eight months ago – and is content with his choice. “It’s a good opening line, when meeting with international business partners, to say ‘I’m from Estonia’ – it stirs curiosity,” he says.

The geographical curiosities aside, he values the tight-knit startup community in Tallinn the most. “For all the cities I have been working in, I like San Francisco and Tallinn the most. I can really have great discussions with people around – the startup community is really close-knit here. And because it’s a small community, it’s easy to meet everyone,” he notes. “Many companies in Tallinn are open for sharing useful advice – including already successful startups such as TransferWise and Pipedrive.”

He is already used to cultural differences, too. “In San Francisco, when you ask people, ‘how’s it going’, you don’t really expect much of a response. In Estonia, this is a serious question and people can go into deep in their reply.” 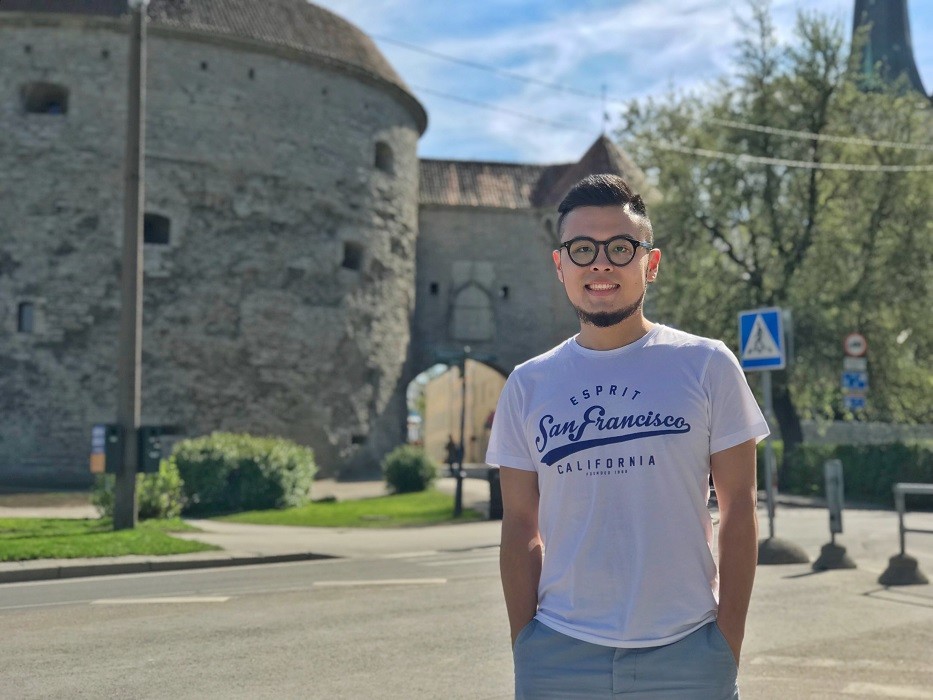 Making friends in Estonia was difficult for the first three months, but Ng is pretty satisfied now. “I already made friends while working at Jobbatical. And then you meet their friends and so on,” he says. He has also tried to learn and speak Estonian, but as it happens in Estonia, people usually reply in English.

One thing the entrepreneur does miss in Tallinn is better Asian food – as do most Asian expats in Estonia. “But at least I see a lot of progress – and when you see progress, you see hope,” he observes.

The topic of progress comes up also when Ng compares Hong Kong and Estonia. “In Estonia, it’s great to see that the whole country wants to achieve better, to improve – both the government and the people. I would like to see that also in Hong Kong. But there’s a lot of complicated legacy in Hong Kong, so it’s not easy to implement change sometimes.”

While he compares Estonia favourably with Hong Kong, Ng admits that in his home country, the perception can still be very different. “When I first came over, my friends back home didn’t know anything about Estonia, asking, ‘where is it?’” But he says that in the last two years, Estonia has become more well known in Hong Kong, thanks to the e-residency programme and the country’s digital society. “The media outlets have shown more interest recently and even published stories in the style of ‘Estonia having free wi-fi in the forests.’” 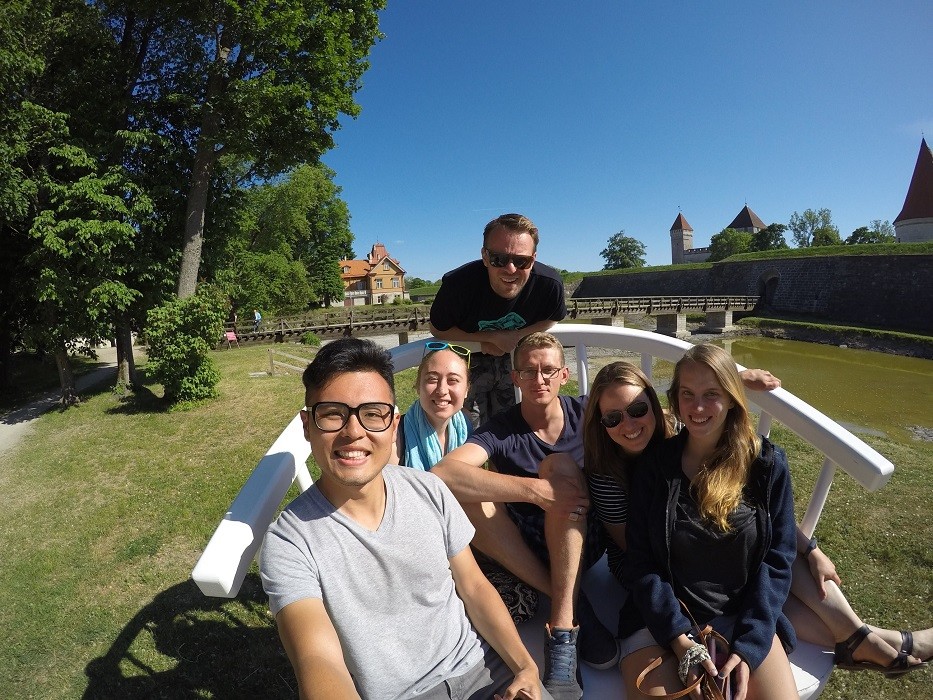 Becoming a part of global society

Apart from a subtle suggestion of improving the Asian cuisine in Estonia, he has another piece of advice. As Ng places a lot of emphasis on networking, communication and learning, he thinks Tallinn could do with more international events – especially inviting more influencers from Europe.

Talking about his startup’s future plans, Ng says there might be some issues with being based in Estonia from the potential investors’ perspective. “For example, Finnish investors are fine with the Estonian entity, but some international investors prefer the US or UK entities. I have been told by some investors that it’s because their lawyers only know the US or UK business law,” he explains, while underlining that trust in Estonia is not an issue anymore. “Looking at how Estonia is building up its image, I’m not too worried. And it’s possible to set up two entities – just like TransferWise or Pipedrive have done, for example.”

The winter is a productive time

His activities include travelling around the Estonian countryside and visiting a friend’s country cottage in Saaremaa island along the way. “People are nice and friendly here,” Ng says without hesitation. 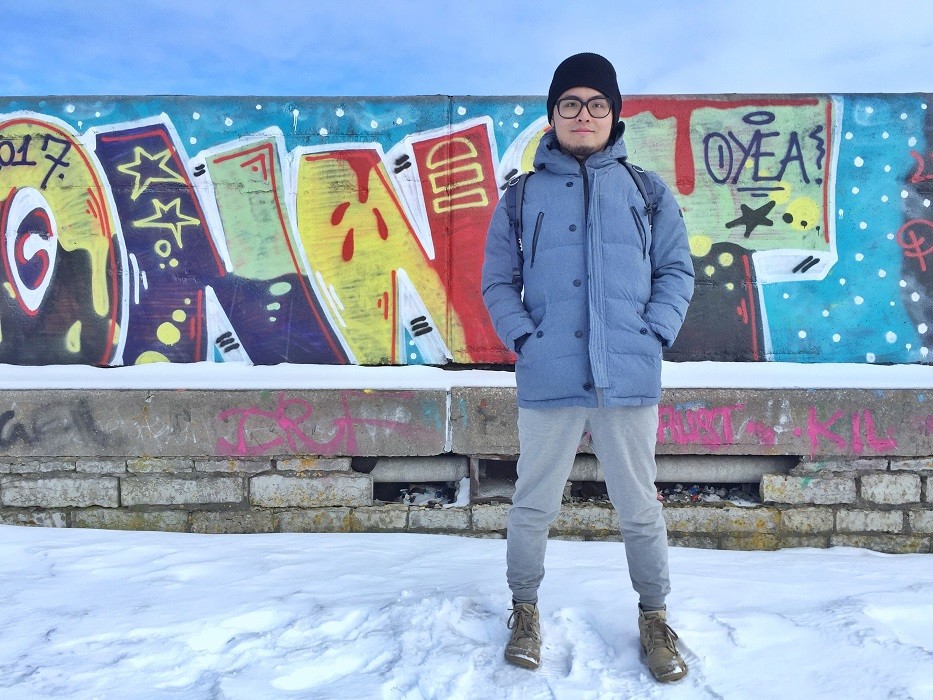 He even likes the winter. “I saw snow for the first time in my life in Estonia,” he says. And contrary to many, he sees an advantage of the long winter and recalls a joke he tells his friends back in Hong Kong: “The Estonian winter is the best time to stay really focused.”

You, too, can join Estonia’s vibrant startup ecosystem and apply for the Estonian startup visa.