The Estonian-founded, London-based money transfer startup, TransferWise, held a parade on 30 October in the City of London to draw attention to greater transparency in foreign exchange fees.

The publicity stunt saw over a hundred “skeletons” marching through the City to what the company calls “mark the end of hidden bank charges”.

According to the company, “a hearse led the ghoulish parade on its route from Bank to the ‘Silicon Roundabout’ tech cluster in Old Street”, where “TransferWise says it has laid misleading price claims to rest”. 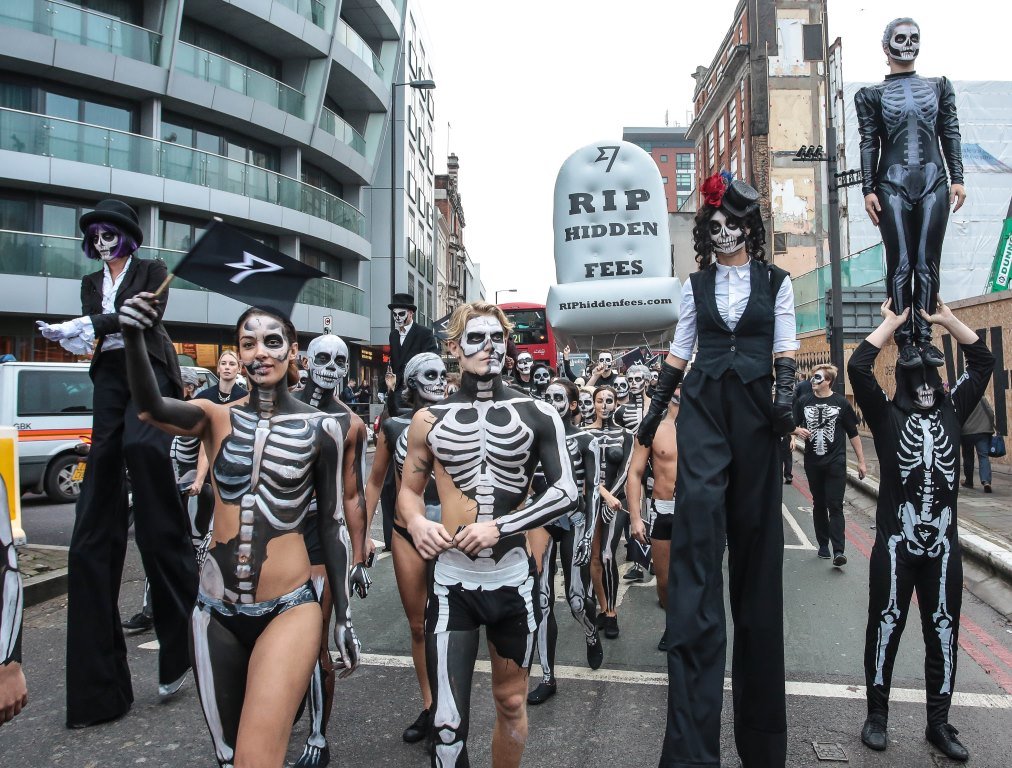 “Overhead, the parade flew a giant, inflatable tombstone inscribed with the words, ‘RIP Hidden Fees’, which was left to float above the London skyline,” the company said.

“Banks have been screwing over consumers for far too long,” Joe Cross, Head of Consumer Marketing at TransferWise, told Estonian World. “We’re calling for fairer pricing in fx and yesterday’s stunt was our way of bidding farewell to hidden fees and welcoming a new era of transparency.”

TransferWise started in early 2011, helping its customers make transfers between the British pound and the euro. It has since added 252 currency routes to its service portfolio. The company has attracted US$33 million from some of the world’s leading investors, most recently Richard Branson and Facebook’s first outside investor and co-founder of PayPal, Peter Thiel. The company is regulated by the Financial Conduct Authority in the UK.