Pitching is an art, but it’s an art that anyone can master. Estonian startup entrepreneur Triin Kask shares three tips on how to become a master in pitching.

We first met Triin Kask, one of the co-founders of Greenhouse CI, in January 2016. Greenhouse CI is a productivity tool for mobile app developers that helps them build high quality apps. 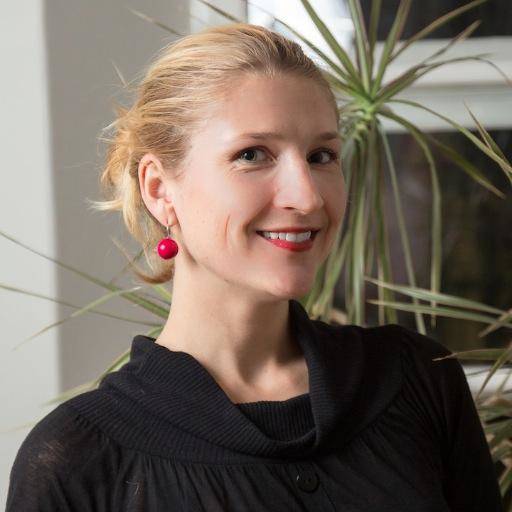 It was just after the news had been released that Greenhouse CI had earned a place in the Seedcamp program in London where other well known Estonian startups, such as TransferWise, GrabCAD and Monese, had been before. We decided to meet at the Telliskivi Creative City in Tallinn, well known locally as a place where creative minds meet and work. Once there, the discussion flowed from topic to topic, across the industry and her work at Greenhouse CI. Thereafter, we came upon the more practical subject of public speaking and on what advice Kask, as an experienced public speaker, would give to other startups who want to produce great pitches.

It’s not shouting, “my startup is great”, that alone won’t help you break through.

Here are a few alternative tips to delivering the best pitch. We all know the basics, but some things get overlooked. Knowing these three pitching tips will help you and your idea shine out from the huge amount of “next big things” that the uninitiated churn out.

1. Don’t make your pitch only about your product

It sounds horrible, but people don’t really care about your product, even if you think that it’s the best thing you’ve ever built. This is a mistake many startuppers make – they talk too much about their product and not about the business. But investors want to understand how they’re getting back the 10x return from their investment if they’d invest into your startup.

And potential customers want to know the value your product brings to them, how will it make them happier, healthier, more attractive and more importantly, a tidy profit? What problem do your potential customers have that they will happily pay someone to make that trouble disappear? If you have identified that the money will flow, then you have much higher chances to get an investor on board.

No one cares that you’re the best, until you tell them what makes you the best and how this helps them become richer.

The more you relate your product or service to their return, the more investable you will be.

Who would you rather have turn up at your burning house – someone who explains that they’re an amazing fireman or someone who actually puts out the fire?

Put out that fire!

“So do you have your MVP in beta? How big is your target market? What’s the traction so far?”

As a new company or spin-off team, it’s likely that you’re solving a problem that you have experienced yourself. So it should be easy to slip into the mindset of your “normal” customer. But it will be worth extrapolating beyond yourself, or else you’ll have a customer-base of one – you, and no interest from those watching your pitch.

Don’t bore your audience with features, stun them with results. This is harder than it sounds, so I’ll paint a picture. You’re launching a new sound effects app. You’re really excited because the app emits ten different funny and embarrassing noises and makes it sound like they come from different directions.

If you try and sell the app on features, you’re going to advertise a:

So, perhaps it’s better to think about reasons why people might use the app:

What does the user hope to achieve? Perhaps they’re amusing their ten-year old cousin at a family party. So the result would be:

If that’s something that’s important to your target audience, then you’ve got their interest.

It’s the same with your pitch!

Even if you’re going to pay some clever guru type to help you craft your pitch, make sure you have thought through these three key aspects.

If only so that you have answers when your very own “Dragon from the Den” (“Dragons’ Den” is a British reality television format featuring entrepreneurs pitching their business ideas in order to secure investment finance from a panel of venture capitalists) asks you variations on these. Or if they try and bang together an “I’m the Best” pitch and convince you to throw money at them, you can guide them in a more constructive direction.

Pitching is an art, but it’s an art that anyone can master

Pitching is an art, but it’s an art that anyone can master. As well as the ideas above, there are the basic elements to pitching that most people have come across.

Vahur Orrin is a communications consultant.