The fifth European Estonian Song and Dance Festival took place in Leicester, the UK, as part of Estonia’s centenary celebrations.

The festival, taking place from 7-9 September, brought together Estonian choirs, singers and dancers from 14 European countries.

The main objectives of the event were to introduce Estonian music and dance to a wider audience in the UK and to celebrate Estonia’s centennial together with Estonians who live abroad.

Reet Järvik, one of the main organisers of the event, said she was deeply moved by the number of people, from near and far, who came to participate or to watch the events. The audience included people from Australia, the US and Canada. “It was awesome to be able to showcase Estonian culture to people who had previously had not been aware of the its song and dance tradition,” Järvik said.

The programme took the audience on a journey through time from shortly before Estonia first gained independence 100 years ago to the present day. The songs and dances represented the years from first independence in 1918 to annexation by the Soviet Union in 1944 to the regaining of nationhood in 1991 and, further still, into the new millennium. 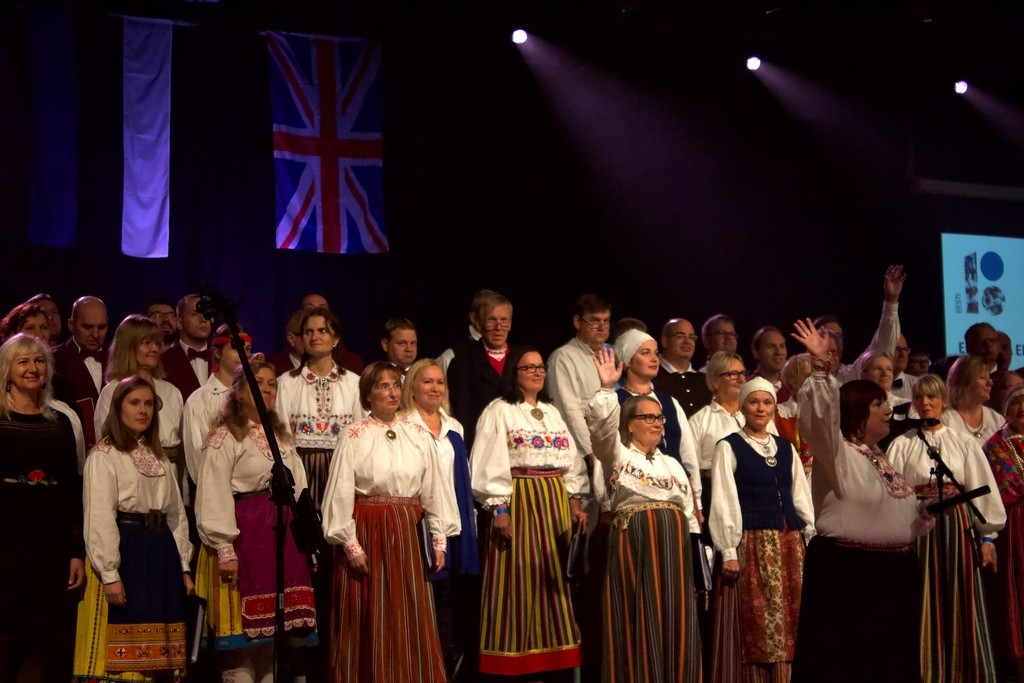 A festival started by Estonian refugees

As it was not possible for Estonian refugees to return to their homeland after the Second World War, it was imperative to keep alive their song and dance tradition and they organised events in their respective countries – in Europe predominantly in Sweden, Germany and the UK.

The first joint festivals were held in 1974 and 1978 in Münster, Germany, before coming to De Montfort Hall in Leicester in 1982. The next festival took place in Heidelberg, Germany, in 1986. In 1991, Estonia regained its independence that made visiting the country’s national and local festivals possible for all again. Thus, the joint European festival floundered.

However, when Estonia’s centenary celebrations approached, the Association of Estonians in Great Britain decided they would revive this festival and invite Estonians from across Europe to take part. This would be the association’s centenary gift from Estonians in the UK to Estonia.

From folk to choir music

The festival began on 7 September in Leicester City Centre’s Jubilee Square where Estonian dance groups and singers could be seen and heard by passers-by. Events continued in the evening at the Y Theatre with Estonia-based folk band, Curly Strings, and the London-based Estonian band, ÖÖ. 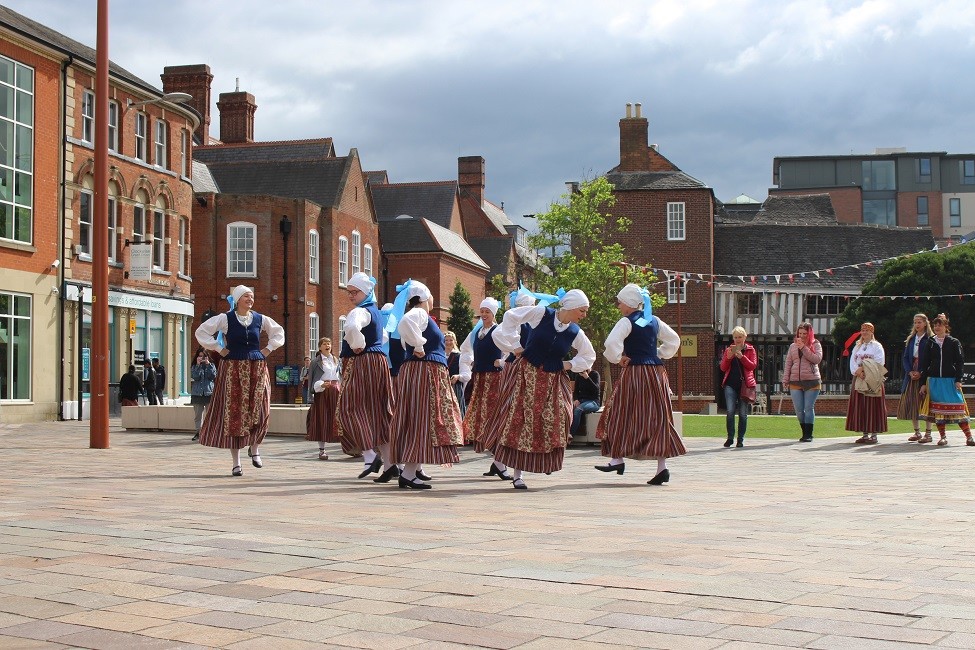 The main song and dance festival concert took place the next day at the De Montfort University, with 150 participating singers and 100 dancers. Many traditional Estonian songs, such as “Koit” (Dawn) by Mihkel Lüdig and “Tuljak” (Wedding Song), were performed, engaging the audience to sing along and tap their feet.

The repertoire included also a beautiful melody set to the words of Estonian poet Kersti Merilaas’ “Rukkilill” (The Cornflower) by Peter Sheldon, an Estonian who was born and raised in Leicester. This was followed by an eight-year-old Greta Gnannt from France singing a song composed by herself, called “Armas Eestimaa” (Dear Estonia). In the song, she describes all the things she loves about Estonia, including the country’s emblems, the cornflower and the swallow.

The grande finale was the rousing “Leelo” (Song) by Aapo Ilves, but, as always, the choirs, dancers and audience could not leave without singing “Ta lendab mesipuu poole” (Flying homewards) by Juhan Liiv and Peep Sarapik.

Folk dance groups included the London National Dancers (Estonian Folks) and the IES Tulevik dancers (UK), the Laiali Folk Dancers from Luxembourg, the Daughters of the Wind from Holland, the Trondheim Trolls from Norway, the Irises from Ireland, the Virvel folk dancers from Stockholm, Turba Tantsupisik and the Lepalind dancers from Estonia. 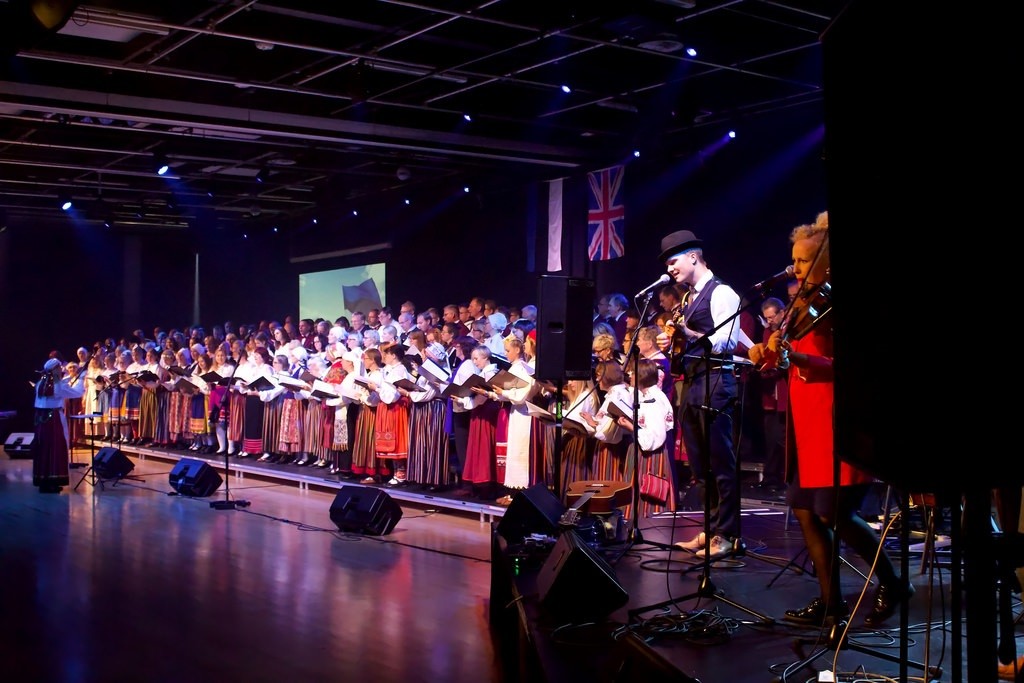 A photo display in the foyer gave an overview of Estonian events which have taken place in the UK since 1947 when many refugee Estonians arrived. They included photos not only of the generation who originally set up organisations, but also of the next generations born in the UK as well as more recent arrivals from Estonia who have come to study, work and to live in the UK.

Between the events, there were many opportunities to visit the Leicester Estonian House which was the main information point for the festival and a place to go for food and drink and to meet up with other festival goers and performers.

The Leicester Estonian House opened its doors in 1960 and is the only Estonian centre of its kind in the Midlands (of England). It is a meeting place for Estonians and their friends and a venue for events including Independence Day, Midsummer’s day, Christmas and other Estonian celebrations. 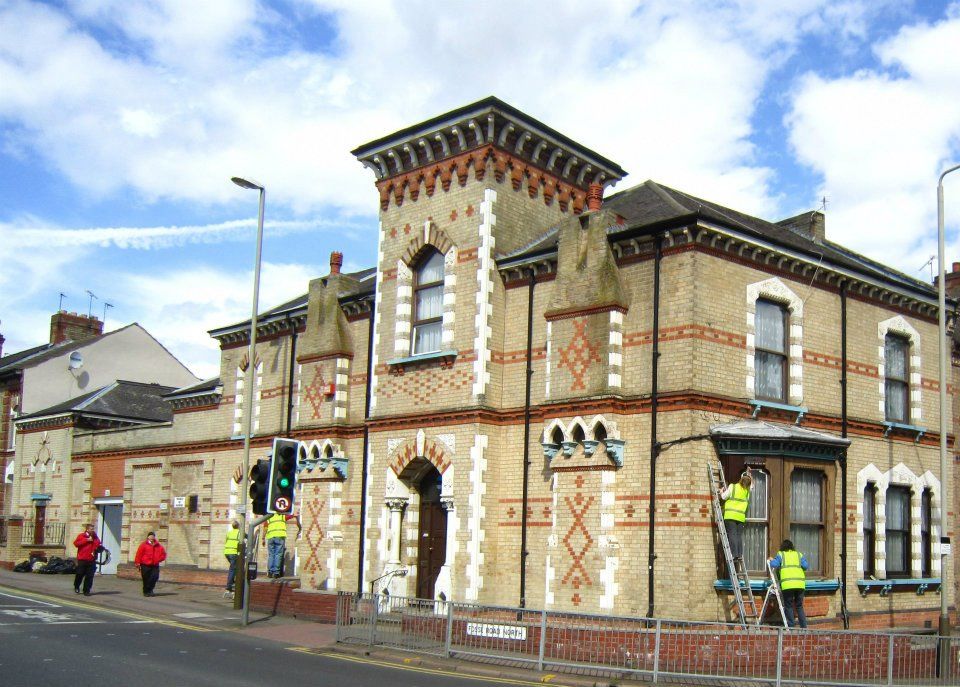 After some traditional Estonian food and liquid refreshments at the Estonian House, the festival ended with an after-party at the nearby Ukrainian Club with much singing, dancing and socialising until the early hours.

The festival was organised by the Association of Estonians in Great Britain (AEGB), which was established in 1947. The association’s main aim has always been to preserve and promote Estonian culture and language abroad.