The European Estonian Song and Dance Festival in the English city of Leicester in September will feature performances by choirs and singers from Estonia and the Estonian expat communities from 14 European countries.

After the Second World War, tens of thousands of Estonians, who had been forced to flee their country amid the imminent threat of the Soviet occupation, were refugees in Europe, in North and South America, and in Australia. But the refugees took their traditions with them – where Estonian communities were established, a choir and dance group were created.

The expat Estonian communities also carried on with the song and dance festival tradition, annually organising summer events in Sweden, Germany, the United States, Canada, Australia and the United Kingdom. In Britain, these events started as “Suvepäevad” (Summer Days) in 1953.

As the years went by, affordable travel became easier and in 1974, the first European Estonian Song Festival was held in Münster, Germany. Singers from Germany, Britain, Sweden, France, Belgium and elsewhere got together to sing the well-known songs from Estonia, the country they had been forced to leave years earlier. 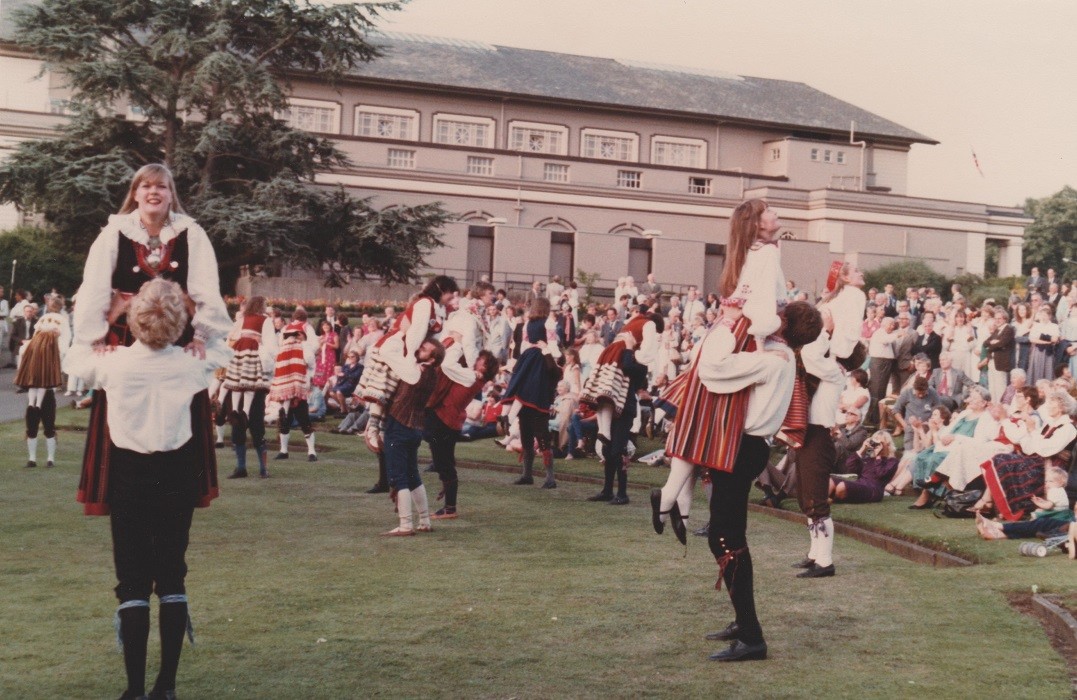 The event was repeated four years later, again in Münster, and then in 1982 in Leicester, the UK. Heidelberg in Germany hosted the event in 1986, but by this time, the political situation was changing in the homeland and Estonia regained its independence in 1991. Estonians abroad could now more easily visit their old motherland and attend the national song festivals, held every five years in Tallinn, the Estonian capital.

However, in the last 15 years, tens of thousands of young Estonians have yet again emigrated, especially to other European countries in the European Union – and many of them brought along the affection and passion for the traditional song and dance culture. Coinciding with Estonia’s centennial celebrations in 2018, the resurrection of the European Estonian Song Festival was for once more suggested. After a 36-year-gap, the English city of Leicester will be hosting the festival again, in September 2018. 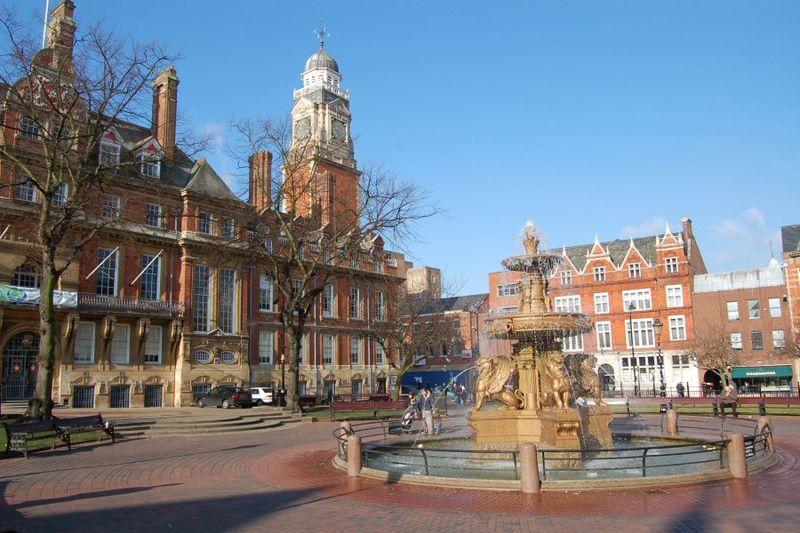 The theme of the 2018 event is “100 years of Estonian song and dance at home and abroad”. The programme of songs and dance performances will take the audience on a musical journey through the last hundred years: from the Estonian independence in 1918, through the Soviet occupation after the Second World War; and subsequently the singing revolution in 1988, culminating with contemporary choral music from the era of restoration of the independence from 1991 to the present day.

The festival will feature performances by choirs and singers from Estonia and the Estonian expat communities from 14 European countries. The line-up includes the popular Estonian folk band, Curly Strings, as well as the London-based Estonian band, ÖÖ (“Night”). 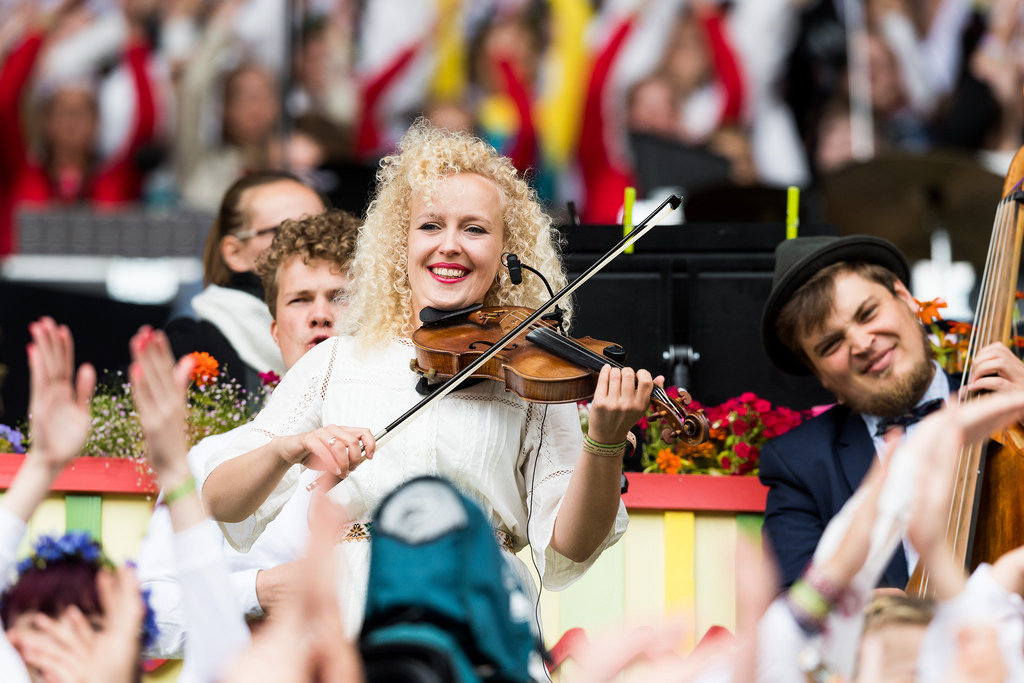 A photo exhibition, which will highlight the cultural life and activities of the Estonian communities in Leicester and elsewhere in the UK throughout the last 70 years, will be on show at The Venue@DMU, De Montfort University.

The central information point for the festival is at the Leicester Estonian House, where the festival goers will be also able to enjoy Estonian food and drink.

After the Second World War, thousands of Estonians were accepted as refugees in the United Kingdom, to work in hospitals, in textile factories, in coal mines, agriculture and merchant shipping. The small city of Leicester in East Midlands of England emerged as one of the three Estonian community centres in Britain – the other two being London and Bradford.

The Leicester Estonian House was established in 1960 and is still the centre of Estonian culture in the Midlands. The community and their descendants, along with more recent arrivals from Estonia, have added to the multi-cultural nature of Leicester. To Estonians and their friends, the Estonian House is a place where they can take part in the traditional singing and dancing, celebrate Jaanipäev (Midsummer’s Day), Estonia’s Independence Day and other special occasions.

The European Estonian Song and Dance Festival is organised by the Association of Estonians in Great Britain, established in 1947. As an umbrella organisation for Estonian community groups throughout the UK, its main goal is to maintain, promote and introduce Estonian language, culture and traditions abroad. This is a big event for the association and many people, including this author, are spending much of our free time on preparations to ensure a successful outcome. Personally, I remember the 1982 event very well and hope that we can match up to those high standards again.

Reet Järvik, the secretary of the association and one of the organisers, emphasised that the event was suitable for an audience of all ages, all nationalities, all ethnicities. “I really hope the multicultural population in Leicester will come and support the event as a great time is guaranteed for all,” she said. As a member of the “European Estonian Choir”, Järvik has been in regular contact with the various choirs and dance groups coming from all over Europe, ensuring that the programme would run smoothly.

Interest in the event has been shown also by the remaining few elderly Estonians who were among those who fled their country in 1944. “I am too old to travel to Estonia, but Estonia is coming here. It will bring back memories,” one lady said. “I live abroad where there are few Estonians, but this event has encouraged me to make the journey to Leicester,” another one added.

The European Estonian Song and Dance Festival will take place in Leicester from 7-8 September 2018.

Cover: Dancers at the Estonian Youth Song and Dance Festival in 2017 (the image is illustrative/photo by Aivar Pihelgas).

Toomas Ojasoo is the chairman of the Association of Estonians in Great Britain. Toomas was born in London; both of his parents were born in Estonia.