A new exhibition has opened at the Kumu art museum in Tallinn about the socialist art of the 1970s and 1980s in fine arts and the post-Soviet aesthetic of the 2010s in fashion.

21 July 1940. Estonians lose their freedom to the Soviet Union. Besides the restrictions that came upon people, one of the keywords we can use to describe the Soviet-era is lack – the lack of goods and commodities, the lack of everything.. From the empty shelves in grocery stores to people having a hard time finding something fashionable to wear. That left the residents of the Soviet Union walking around wearing similar and dull clothes. 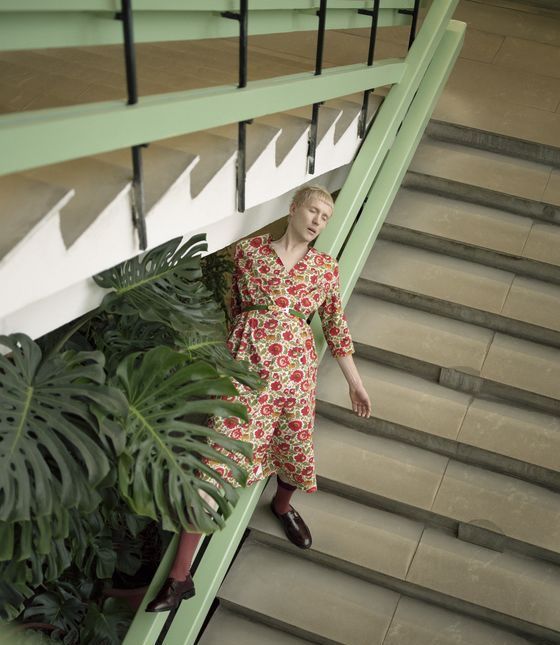 Due to the harsh memories the Estonian residents have from the Soviet era, Estonian designers have never been too fond of getting inspiration from that specific period. They’re more likely to get their inspiration from the Western culture, rather than from their own recent past. This doesn’t apply only to Estonian designers – other fashion creators from the former Soviet-occupied countries have felt this way as well.

Yet slowly but surely, Estonian and other designers in the region formerly dominated by Moscow’s iron fist, have noticed the bittersweet nostalgia that lies in our past, and have started to intertwine it into today’s fashion.

With the recent romanticising of socialist art and post-Soviet aesthetic that started in the early 21st century, the Estonian curator, Liisa Kaljula, was inspired to set up an exhibition called “Sots Art and Fashion” at the Kumu art museum in Tallinn, which opened on 15 March. The exhibition is a mixture of art and fashion inspired by the Soviet era;. art pieces originate from different Eastern European countries. 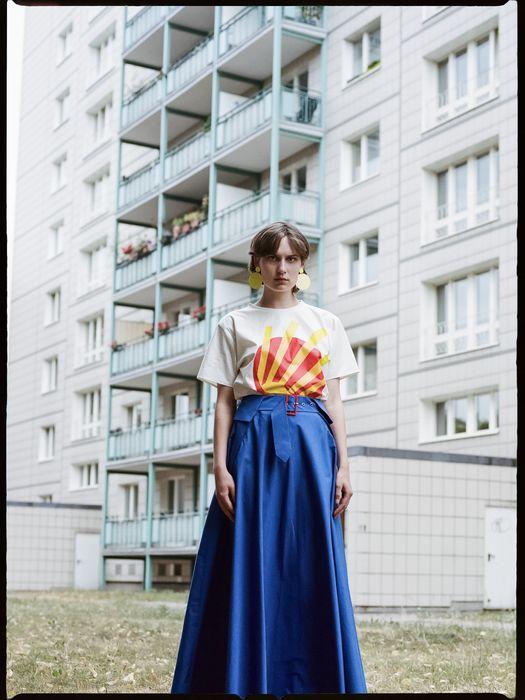 In the exhibition, visitors can see clothes that remind them of the aesthetics and events of the Soviet period. For example, we can see original pieces like Saima Priks’s velvet costumes from the 1980s. Also, more recent collections, like Sonja Litichevskaya’s fashion from the 2010s, which is inspired by Soviet Russia’s space race, and Yulia Yefimchuk’s dark-toned yet powerful collections inspired by Ukraine’s fight for freedom.

The biggest installation of the exhibition is Marit Ilison’s 77 smocks, which is a clothing item similar to a dress. It was worn by many working-class women in the Soviet Union. The installation is interactive, because as people walk by and look at the smocks, they may recognise the patterns and remember they once used to have clothing items made from the same patterns.

It’s a walk down the memory lane for the former Soviet Union residents.

The exhibition shows that one shouldn’t fear the things that have once made your heart heavy and deny your history, but rather create something interesting out of it, like fashion.

Alice Veedla is a Tallinn based culture enthusiast. In her free time, she likes to visit different art museums, listen to good Estonian music at live concerts and write poetry.