Hedvig Hanson (38) is an Estonian jazz singer. All her songs prominently feature expressions of emotion and closeness to nature. Hedvig got her first musical impressions from her mother, who listened soul and R&B music at home (Earth, Wind And Fire, Randy Crawford, Chaka Khan, Stevie Wonder etc.). According to her mother, Hedvig began to sing at the age of two…

She went on to study piano at the Tallinn School of Music and has released seven solo albums so far, her latest being Esmahetked. Her inspirations in vocal jazz are Dianne Reeves, Kurt Elling, Sarah Vaughan, but she is also a great admirer of instrumental jazz musicians – Pat Metheny, Milton Nascimento, Brad Mehldau, Miles Davis, Keith Jarrett, Ralph Towner, Paolo Fresu.

Stuart Garlick chatted to Hedvig Hanson in Viljandi, a town in South of Estonia. 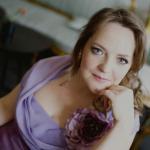 Viljandi, home of the world-renowned folk festival, is close to the Estonian singer-songwriter Hedvig Hanson‘s country home, and clearly the town is as comfortable with her, as she is living there. I asked if she felt she was regarded differently on- and off-stage. “I haven’t really noticed; what I’ve noticed is that when people see me, on photos, television or the stage, I’m bigger in every way, the costume, the lighting… When people see me in real life, they say, ‘oh, you’re much tinier!’ And they can see I’m a normal person like everybody else.”

Later on, as we sat in the impressive local cultural centre, Hedvig explained that one of her proudest moments was having performed with Kurt Elling, when the singer, composer and doyen of American jazz came to Tallinn on tour earlier this year. Meeting one’s hero can be awkward or nerve-inducing, but she said, “he was a great surprise to me, because we got a chance to talk in the hotel, and he was so cool! I think a great artist still has to be a great person as well. Stage life is a different thing, though, you have to give a show.”

“There’s something very “mojito” about her jazz – cool like Nordic ice, refreshing like mint, with sweet and sensual Brazilian influences in her vocals… “ – Alex Kruzin (Billboard)

Esmahetked, Hedvig’s current album, which takes some of its influence from the tranquility of life in Viljandi, could be viewed as a return to the breezy, unhurried, jazzy style that she made her own throughout her career, propelled by her butter-smooth vocal style. It seems to be a change of direction from her previous album, Tants Kestab Veel, which was an attempt to up the tempo and make an album for the dance-floor. “I wanted to show that I’m not just a mother living in the country and getting old – I wanted to play some funk! I know it’s not what most of my fans were waiting for; most people like the mellower material.” 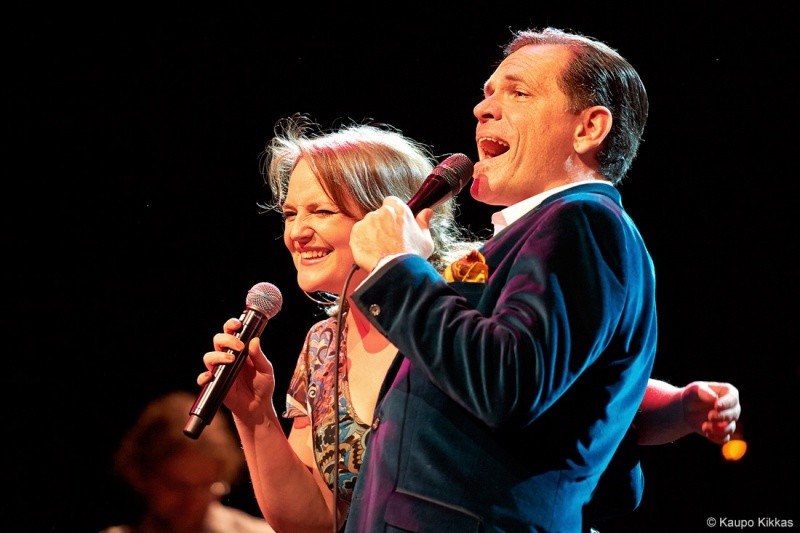 “When it comes to music, I love to come back to the place or time when I was a big romantic, and keep that purity in me that I had when I was a child.”

“[With the new album] I wanted it to be especially romantic as, maybe, it’s the last album that can be so romantic, since I’m getting old! That’s a joke, but I love to be romantic in music; I’m not that romantic a person in real life; you’ve got to be a realist to live. When it comes to music, I love to come back to the place or time when I was a big romantic, and keep that purity in me that I had when I was a child. It was really important for me to not wear a mask in music. You have to still keep faith in life, in love, in people. You have to find the balance between reality and your dreams.”

It seemed an appropriate point to talk about Hedvig’s formative influences. I had read that she grew up in the 1980’s liking Whitney Houston – right from her first LP, which came out when the 10 year-old Hedvig was first deciding on her own musical tastes. We discussed the soulfulness of Whitney’s early songs, and how fame affected her, changing her outlook, many felt, for the worse, as she got older. “I think the main reason was she got tired, she gave so much. Maybe she also fell in love with the wrong man. We don’t know anything about the big music business; it can be tough and it must be tough. It can be that everybody’s using you. You get tired and you get bitchy. She was a really kind and loving and trusting person when she was younger. She became bitchy and bitter in the end, so what happened? She got tired, I’m sure.”

I raised the point that Whitney’s background was in gospel music – a style I knew (from a short stint in Birmingham’s Town Hall Gospel Choir) to be an avowedly passionate one, fuelled by religious faith, but carrying an audience along, regardless of belief. I wondered if perhaps Hedvig had gained anything from gospel music, in spite of not growing up around religion. “My faith is music, and mostly I love black music, and black music comes from gospel [music]. That’s why I admire their faith. The music I love comes from faith, so I really respect it.” 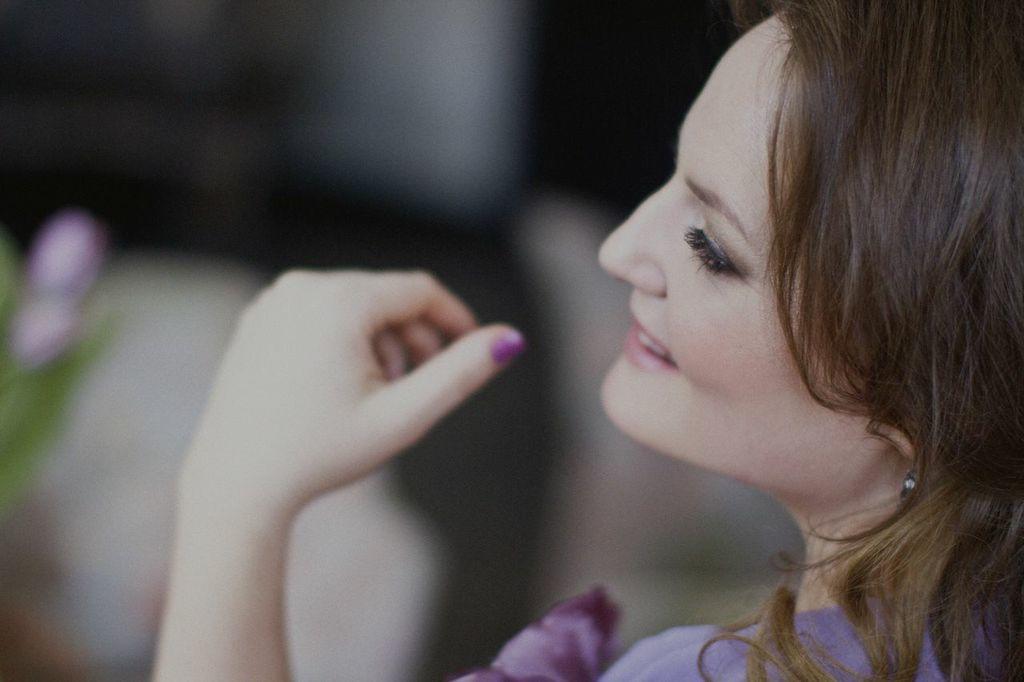 So what next? There is an English version planned of the Estonian-language album Esmahetked. “Actually, I started singing in English, so it seemed quite natural for me. When I’m in Estonia, I’d rather sing in the Estonian language. But I understand that maybe if you want to go to an international market, you want to sing in English and Spanish – big languages.”

“Internationally, Estonian jazz is becoming respected and gaining a larger audience. But maybe people are thinking it’s not really an Estonian thing we should support, because it comes from America?”

Internationally, Estonian jazz is becoming respected and gaining a larger audience. “But maybe people are thinking it’s not really an Estonian thing we should support, because it comes from America,” Hedvig said, a little sadly, reflecting on a relative lack of Estonian government assistance for jazz compared to choral music.

Hedvig’s mother and father played together in Fix, a pop-rock group of the 1970s, but they divorced shortly after Hedvig’s birth. Hedvig did not learn from her mother how to sing or play music, “I must tell you, she didn’t teach me a single note; it’s sometimes that parents can’t teach their children – I see it myself – and I just wanted to listen to music and try to make my own sound.” Instead, she spent her early years living in Tõrva with her grandmother, who, aged 94, continues to support and remains very close to Hedvig now she is an established star. 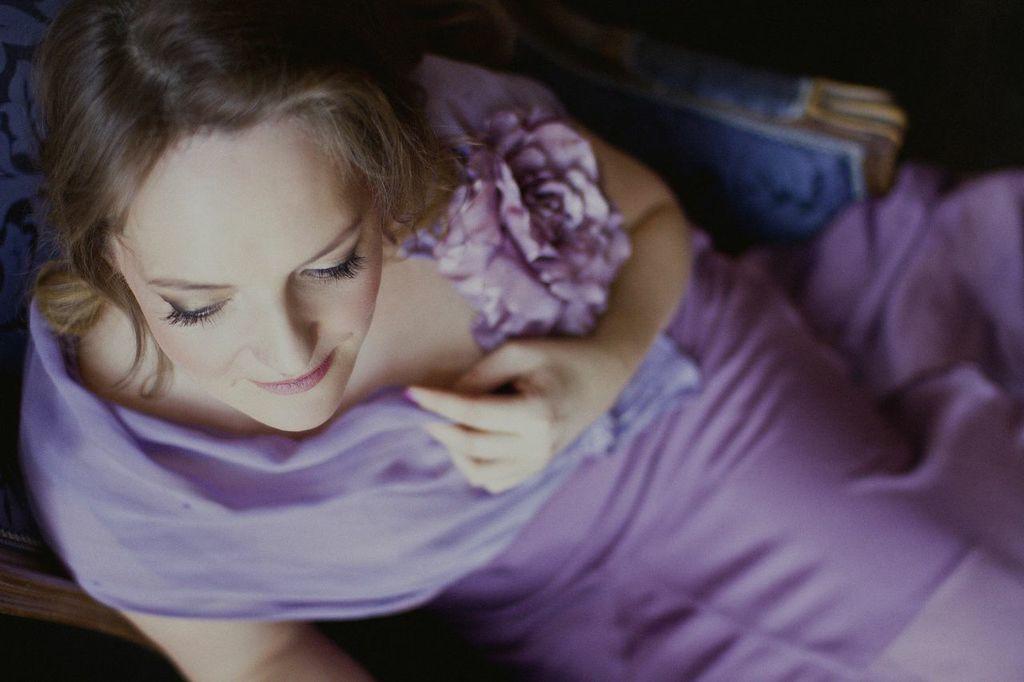 I still wondered if she missed her parents when she was growing up. “They couldn’t live in a little village, and my granny didn’t want me to tour. Of course, they separated, like passionate people do, so I think it was the safest way for me to grow.” What kind of person is her grandmother? “My granny’s not a musician, she’s a working person. She came from Karelia and she’s a really colourful person. I have to write down, some day, the memories of my childhood.”

Sat, as we were, looking at the verdant valley, thoughts turned to nature, particularly gardening. Seeing Hedvig warm to the topic, I told her of my own increased enthusiasm for flowers. “It’s called growing up,” she said, laughing.

“Doing gardening – it’s called growing up. In a way it’s just like taking care of children – the responsibility you take. When you really take this responsibility, I think that some day you’ll be happy that you did.”

“The whole philosophy of it – it’s the taking care of it, it’s really philosophical, it’s like children – another responsibility you take. When you really take this responsibility, I think that some day you’ll be happy that you did.”

It was a pleasant day in Viljandi, and I had had the pleasure of hearing the life philosophy of a true Estonian cultural great – something that does not happen every day. We concluded a pleasurable chat talking about the young pianist, producer and songwriter Holger Marjamaa, “the future of jazz in Estonia,” as Hedvig put it. Some artists may be the future of Estonian jazz, but I felt sure I had been talking to someone who would remain influential for, and supportive of, her fellow musicians for many years to come. 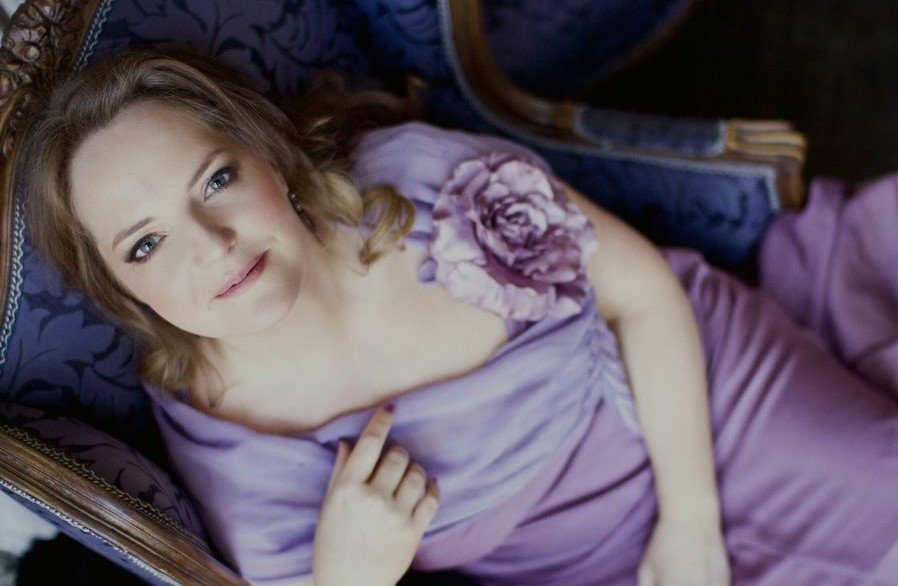