Our latest Artist of the week is Tiit Helimets, principal dancer at the San Francisco National Ballet.

Born in Viljandi, Estonia, Tiit Helimets had an exposure to ballet from an early age, while watching cultural programs on TV. His mum noticed his interest and at 10, took him for a talent spotting audition in Tallinn – one was for ballet and the other one for an opera. Tiit got accepted to the first one straight away and ballet it was for him. After training at the Tallinn Ballet School, Helimets began his career as a soloist with Estonian National Ballet. He was promoted to principal dancer six months later, making Estonian dance history when he danced the role of Prince Siegfried in Swan Lake at age 18. After dancing all the principal repertory with that company, he joined Birmingham Royal Ballet (UK) in 1999, where he created roles in Bintley’s The Seasons, The Shakespeare Suite, Sylvia, The Orpheus Suite, and Les Petit Riens; and in Siddiqui’s Krishna. Since joining San Francisco Ballet as a principal dancer in 2005, he has performed lead roles in Tomasson’s Swan Lake, Nutcracker, Giselle, and The Sleeping Beauty; as well as Tomasson/Possokhov’s Don Quixote, and Neumeier’s The Little Mermaid, among others.

Tiit Helimets says that he loves San Francisco Ballet, as it’s got very diverse repertoire – there’s always something new and exciting going on. This was also the main reason why he chose to work for them, apart from the fact that SF Ballet is one of the top three ballet companies in the USA. Besides, Tiit likes San Francisco as a city: ”It’s one of the best cities I have ever been, and lived. It’s friendly and has a vibe that no other city has,” he says. 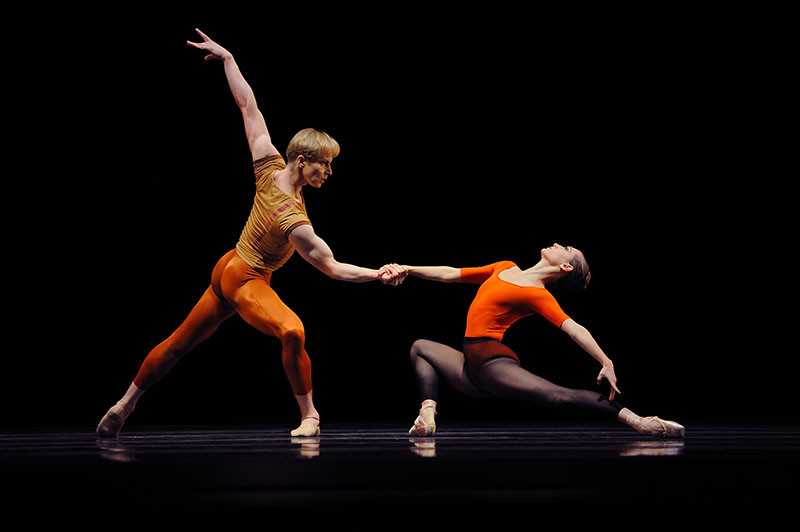 Although he has been on top of his game for a long time, there’s no time to rest on his laurels. “As a principal dancer, you have to be on top all the time. The minute you show weakness, somebody will step over you. So there’s always a fine balance to achieve – while being strong and active, you have to be careful not to be arrogant and ignorant. Other talents motivate me too, actually,” says Helimets.

His favourite role so far has been as Prince Edward in Little Mermaid – San Francisco Ballet’s hottest ticket few years ago, and applauded by audience and critics alike. Little Mermaid was also filmed and is available on DVD.

As a way to give something back to Estonian community and broaden the experiences of fellow dancers there, Tiit Helimets toured Estonia last year, going under the name of Tiit Helimets & Co. – effectively his own ballet troupe. He and his dancers were performing the works of two of the greatest American choreographers of our time, George Balanchine and Val Caniparoli. This project started when Thomas Edur – the director of the Estonian National Ballet, and himself formerly a very successful ballet dancer with the English National Ballet – approached him with the idea.

Tiit’s latest project is also with his own Tiit Helimets & Co. They will be presenting a unique multi-media installation at the prestigious M.H. de Young Memorial Museum in San Francisco, one of the most respected fine arts museums in the U.S. This remarkable and unprecedented project is an homage to Mr. Helimets’s Estonian roots, with particular inspiration drawn from the colors of his homeland’s flag, through mythological prism. 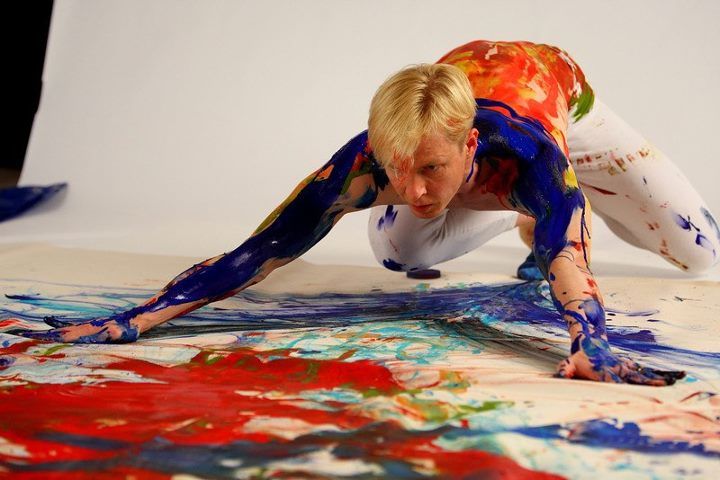 The project involves Tiit & his Co dancing on a huge canvas, which is shaped like a map of Estonia. While they are dancing on it, they are spreading the paint, creating mythological images within the context of Estonian history while the dancing progresses. This endeavor will, once again, be a collaborative effort which includes some of ballet’s finest dancers, as they explore their artistic talents beyond the world of classical ballet. In addition to showcasing the previously unknown artistic talents of some of the San Francisco Ballet’s most familiar movers, the installation will include an extraordinary presentation of multiple world premieres, in a veritable bouquet of fine and performing arts.

Helimets says that he has been very lucky: “The weirdest thing is – whatever I have ever dreamed about, has become true!”