It doesn’t happen every day that a book by an Estonian author is published in English. It is even more rare that the writer has originally written it in English, as opposed to a translation. Sten Hankewitz, a life-long journalist and coincidentally also Estonian World’s stalwart deputy editor, who has lived in the UK and the US for years, has just done so. “Catch the Harpy”, Hankewitz’s debut novel, is set in the seventies’ Berlin, during the Cold War.

So Sten, what is “Catch the Harpy” about?

It’s very much your weekend-read spy thriller, set in the very hotbed of the Cold War where the spies of both the free and the oppressed world – the West and the Soviet Union and its satellites – try to inflict the most harm on each other, if not outright destroy their enemy. Amid all this, there’s the US Army Intelligence Division, whose officer James Hart has to figure out who and on whose orders is terrorising his ranks. It’s a battle against a cunning enemy, and the outcome is everything you could not possibly expect.

I’m a huge history buff, and Berlin is, due to its history, one of my favourite cities in the world. Wherever you go there, wherever you look, you see something that reminds us of the days gone by – sometimes tragic, but often intriguing. I think the forceful partition of Germany after the Second World War, and especially building a wall around the Western-held occupation sectors of the city, are one of the most outrageous war crimes the communist sphere ever committed. It’s worth everyone’s while to commemorate this great injustice.

How much are you actually familiar with Berlin, for the historical accuracy?

The first time I visited Berlin was in 1989, pretty much days before the wall actually fell. In the late nineties and the noughties, I visited Berlin almost every summer as my father lived there. So I would think I know the city quite well, from both today’s perspective, and also the historical. All the locations in the book are historically accurate.

Was there a certain person or event that inspired the narrative?

Not really. What mostly inspired the narrative was the eternal battle between the good and the evil – the good guys in the West, and the evil empire of the East.

How much is it a fiction and how much an historical novel?

It’s definitely a fictional novel, albeit with historical, real-event aspects. As I said, all the locations and settings are accurate, the timeline of the real-life events described in the book is accurate, but the story itself, the characters and the events they encounter is a fruit of my fantasy.

You said in the foreword that you started writing it when you were twelve. The present world has changed a lot since – how much did it affect your writing and why did it take so long?

I have loved to write as long as I can remember. When I was a kid, I read a lot, and I dreamed of being someone whose books other people read. So I started to write about the subjects the closest to my heart – history, the Cold War, spies etc. But the thing is, when you’re growing up, if you read something you had written even a year ago, the progress and personal development you had done since makes your past writings look really juvenile. And that happened pretty much every time I reread what I had written until I had actually become cultivated and was set in my ways. So yeah, I started to write this book when I was about twelve, but what remained in the book from that period is only the idea, not the actual literary work. 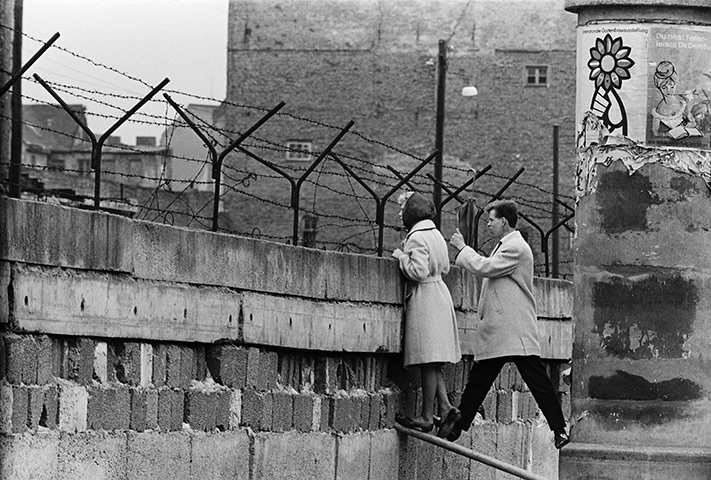 But you’re right in saying the world has changed a lot. And of course it affected my writing. When I was twelve, the Soviet Union had just collapsed and even though I hated that cruel, oppressive regime with all my heart already back then, I now see how this same oppression and cruelty hasn’t really left the building. It’s there in the form of Russia, but also China, North Korea, Cuba – and the worst part is, there are people around in the West who, despite never having experienced what it is like to grow up and live in a society where the regime tells you what to think and how to feel, admire the communist system and dream of building it in their home countries, and perhaps in the entire world. I think in part my book is also to counter such sympathies – something I thought about doing already in the very early drafts I wrote.

It is set in the seventies, but does it contain also some sort of coded message for present time and future, considering the ongoing tense security environment between the West and Russia, called “the New Cold War” by some?

Oh, definitely. Even though the hotbed of the Cold War isn’t Berlin any more, thank God, the Cold War itself hasn’t gone anywhere, it didn’t end with the collapse of the Soviet Union; there might have just been a quiet truce. But now – and for quite a few years already – the Russian Federation is employing the same Cold War technics as they did in the seventies and the eighties. Just read Edward Lucas’s book, “Deception: Spies, Lies and How Russia Dupes the West”, where he eloquently describes the present world of spies and the harm they can potentially do and have done to the freedom-loving nations and people. If anything, the current Cold War, at least from espionage point of view, is even fiercer – and more dangerous – than it was back in the day of outright assassinations with umbrellas dipped in ricin.

In January last year, you reviewed “Command Authority” for Estonian World, a last novel by Tom Clancy which describes how Russia invades Estonia. At that point, many of our readers dismissed this narrative as laughable fantasy and some even accused us to cause unreasonable panic, although it was merely a book review. Two months later, Russia annexed Crimea and the fears about Russian aggression seemed very real again. What is your opinion now?

My opinion is the same as it was then – the Russian regime is dangerous not only to its immediate neighbours, but to the entire world. It’s a relief to see the Western nations have imposed sanctions on Russia, even though they don’t really work – but they do have the potential of inflicting long-term harm on the regime. I would prefer sending deadly aid to Ukraine, even though it’s not a NATO ally. Because this isn’t about NATO any more, this is about defending freedom-loving countries from an ultra-aggressive power with overtly expansionist policies.

You recently moved to live in the US, the country which is partly responsible for the protection of Europe, yet doesn’t need to worry too much about its own security, at least for some decades to come. How real do you think is another major conflict in Europe?

That depends on how effective the Western nations are in curbing Russia’s expansionist plans in the years to come. It’s pretty unreasonable to expect a change from within Russia itself, so it really falls upon us to prevent and deter any efforts by the Russian Federation to further expand its borders. If we fail in this, if the Western heads of state prefer words to action, as it sometimes seems to be the case, I think another major conflict is very realistic.

How does living in America compares to Europe on these days? Is the freedom of speech still intact? 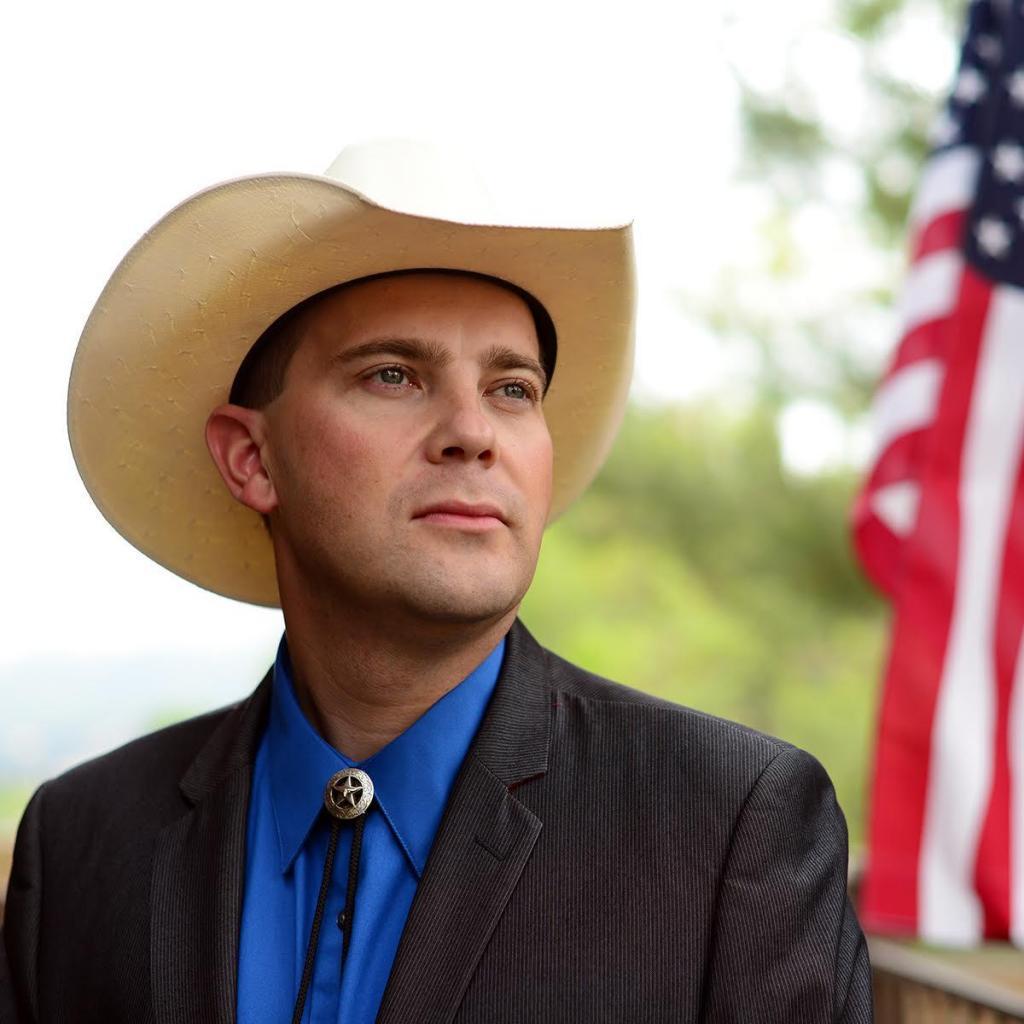 I
But in general, I think Americans are genuinely sincere, something you don’t encounter that much in Europe. And, in another contrast with Europe, America is an individualist country. Something of Margaret Thatcher’s dream that no longer exists in Europe, but is very well alive in America: “There is no such thing as society. There are individual men and women, and there are families. And no government can do anything except through people, and people must look to themselves first. It’s our duty to look after ourselves and then, also to look after our neighbour.” It’s part of the American Dream to be one’s own person, to look after and to take responsibility for oneself first and foremost. This is something I really admire; one of the most important factors – in addition to guaranteed freedom of speech – that makes me love America.
I

How easy or difficult is to publish books on these days? Did you also offer your manuscript to major publishers or went all the way in the self-publishing route?

Thankfully, today we live in a world where pretty much anything is possible, and so is publishing a book by oneself. I took the self-publishing route since this is my first book and I wanted to prove myself as an author before offering any of my writings to an agent or a publisher. Amazon’s CreateSpace gives aspiring authors a great platform to publish their work and list it on Amazon worldwide.

“Catch the Harpy” is your debut – are we going to see a follow-up from you?

We will have to wait and see…

In Sten Hankewitz’s debut novel, you’ll find everything you’d expect from a thriller – spies, war, romance, and betrayal. It’s the seventies, and the Cold War is in full flare. In the heart of the conflict lies the city of Berlin, where, more often than not, the heat is turned to the max and the spies of both the free and the oppressed worlds try their best to destroy each other. Amid all this, the US Army Intelligence officer, James Hart finds himself caught in a fierce espionage battle against a cunning enemy. To solve the crisis, he has to expose the assassin that has infiltrated the Western ranks. This, however, proves to be a task most demanding…

“Catch the Harpy” is available on Amazon.