Estonian-American writer Charles (Kalev) Ehin tells a moving story in his book of the reconciliation of an Estonian family torn apart by war.

In September 1944, approximately 75,000 Estonians fled their beloved homeland. Memories still fresh from the brief Soviet occupation in 1940-41, and the Red Army advancing towards Tallinn, they hoped to avoid what would be a sad fate in the hands of the brutal communist regime. Many never saw their homeland again. Overall, between 1940 and 1959, approximately 145,000 ethnic Estonians perished as a consequence of the Communist tyranny.

The then eight-year-old Kalev Ehin was lucky. Aboard a German troop carrier with his father, he made it out of port of Tallinn, two days before the Soviet tanks rolled into the Estonian capital. Surviving a British night raid and living in the displaced persons’ camps in Germany, he eventually moved to the US where he still resides, in Salt Lake City, Utah. But he was also among the lucky few that managed to return to Estonia in advance of it regaining independence from the Soviet Union in 1991. Recalling his visits to Soviet Estonia in 1982 and 1986, Ehin’s book is a moving, emotional and, at times, an analytical personal account of historical events, at the backdrop of both tragedy and joy that characterises Estonia in the 20th century. 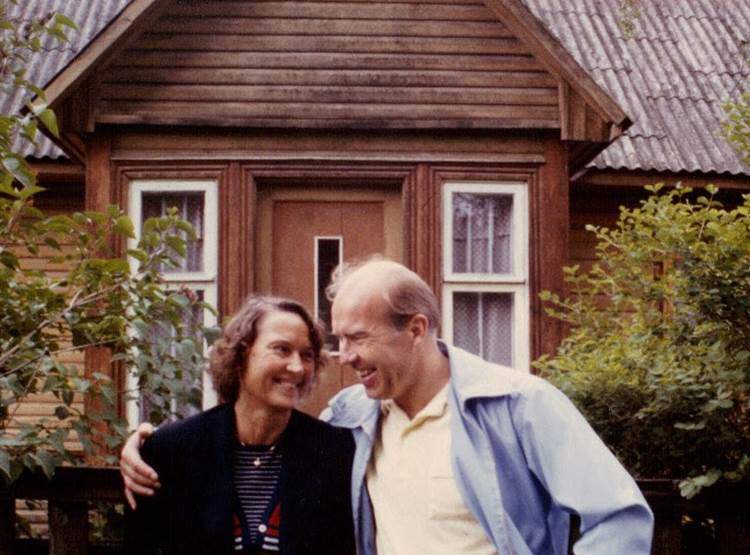 In the foreword, Ehin says the book is only one of millions of similar personal accounts that have occurred in the past and continue to take place today. But it is important for numerous reasons.

Even in Estonia, there are many people in the opinion that the ones who managed to escape, horrified by the advancing Soviet troops, somewhat betrayed the country, and those left behind suffered considerably more. That may be so, but Coming Home is a great reminder that Estonian refugees suffered too, first by often leaving their loved ones behind, then barely surviving in their new homelands and finally, in many cases, by never being able to see their birth country again.

Coming Home depicts the fate of countless refugees who lost their homes and were separated from the members of their families and relatives by the events of World War II and later by the Iron Curtain for more than four decades. The book is also a partial chronicle of a small country’s frantic struggle against the Nazi and the Soviet terror, repression and, later, of systematic Russification of its ten-thousand-year-old language and culture.

Although it is a personal account by one displaced Estonian, it characterises thousands. Tens of thousands of Estonians in the United States, Canada, Australia, Sweden, the United Kingdom, who mostly had better opportunities and life than the ones left behind, but who nevertheless never stopped worrying about Estonia and used every little opportunity to do everything at their disposal to support folks back home and achieve Estonia’s independence again, from financial support to pressing President Ronald Reagan at the White House. Books like Coming Home ought to be published also in Estonian, to narrow the invisible barrier and raise understanding between the “proper” Estonians and the “expat” Estonians.

In parts, Ehin’s book is indeed very personal, dealing with the loss of his mother and his long-lost sister who were left behind in Estonia in 1944. He never saw his mother again and only reunited with his sister on his first trip back 38 years later, in 1982.

With a great memory for detail, in his book, Ehin brings to life many of the seldom-mentioned tragic effects of the secret agreement made by the Soviet foreign minister Vyatcheslav Molotov and his German counterpart, Joachim von Ribbentrop, and expanded by the Yalta Conference by tracing the trials and tribulations of the members of his family from 1940 until the disintegration of the Soviet Union in 1991.

In what could be a great beginning for a historical film, we learn how his dad, a civil servant, was ready to hide the family from the Soviet deportations in the bushes of a garden house in Nõmme, a neighbourhood in Tallinn. Later on, he doesn’t make a secret of the fact that his dad collaborated with the Germans because he believed that it was the best choice between two terrible options and he wasn’t the only one who thought that way – a historical fact. 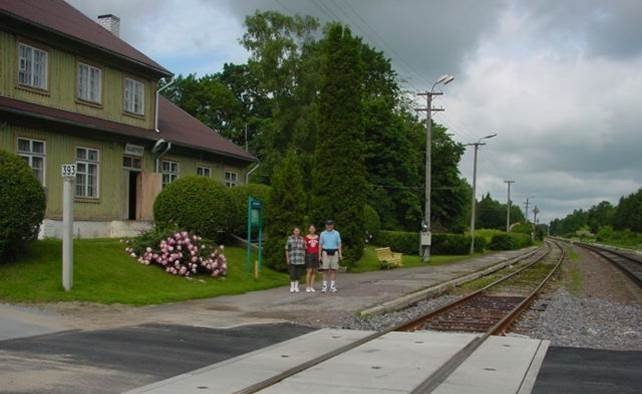 In a yet more film-like scenario, the book also accounts many lucky escapes for young Ehin and his family. Having relocated to southern Estonia (first Antsla then Põlva),his family learned during the last days of the Nazi occupation in 1944 that the Russian offensive had advanced to fifteen miles from where they lived. Taking the last train out of the Põlva railway station to Tallinn, the railroad bridge less than three miles behind them was blown up by the retreating Estonian and German troops.

Returned to Tallinn, the Estonians are making last attempt to regain independence, in the wake of the retreating Germans and advancing Russians, and Ehin’s dad takes a young boy with him back to the front lines near Tartu.

“The Red Army was now controlling about one-third of Estonia. Constructing infantry trenches and bunkers was a last ditch effort to help stop the Red Army offensive. Father and I departed Tallinn for the earth works and the destination of our group was a little village called Luua, less than twenty miles north of Tartu. The mood of the men and women riding on flatbeds and in open freight cars was almost festive. They joked, laughed and sang folk songs for most of the trip. Of course, Estonians are known to sing for any reason, even if they were headed for locations not too far behind the front lines,” Ehin vividly remembers. 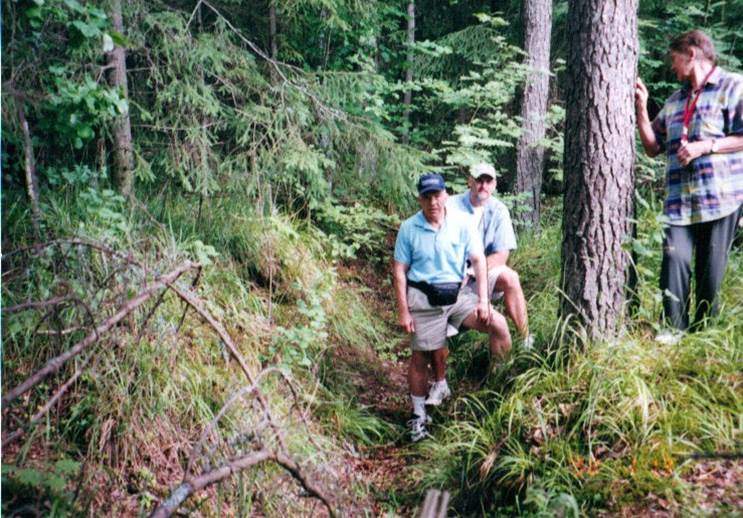 “Once the Soviet forces broke through, there were hardly any combat-ready troops left to fall back to the newly constructed fortifications behind them, and there were no available reserves. It was the beginning of the end for Estonia.”

Ehin’s book then takes us on a journey out of Estonia, on one of the last ships to leave the port of Tallinn before the Red Army invades the city, hardship in the displaced persons camp in Germany, a lucky escape from an Allied night raid on Ulm, in which the city was pretty much razed, and nearly being sent to a concentration camp. Once the war is over, a job on an old Estonian freighter that had evaded the Russians and was now docked at the port of Kiel, followed, and further exciting life-learning trips culminated with the young man emigrating to the United States, twelve years after fleeing Estonia. 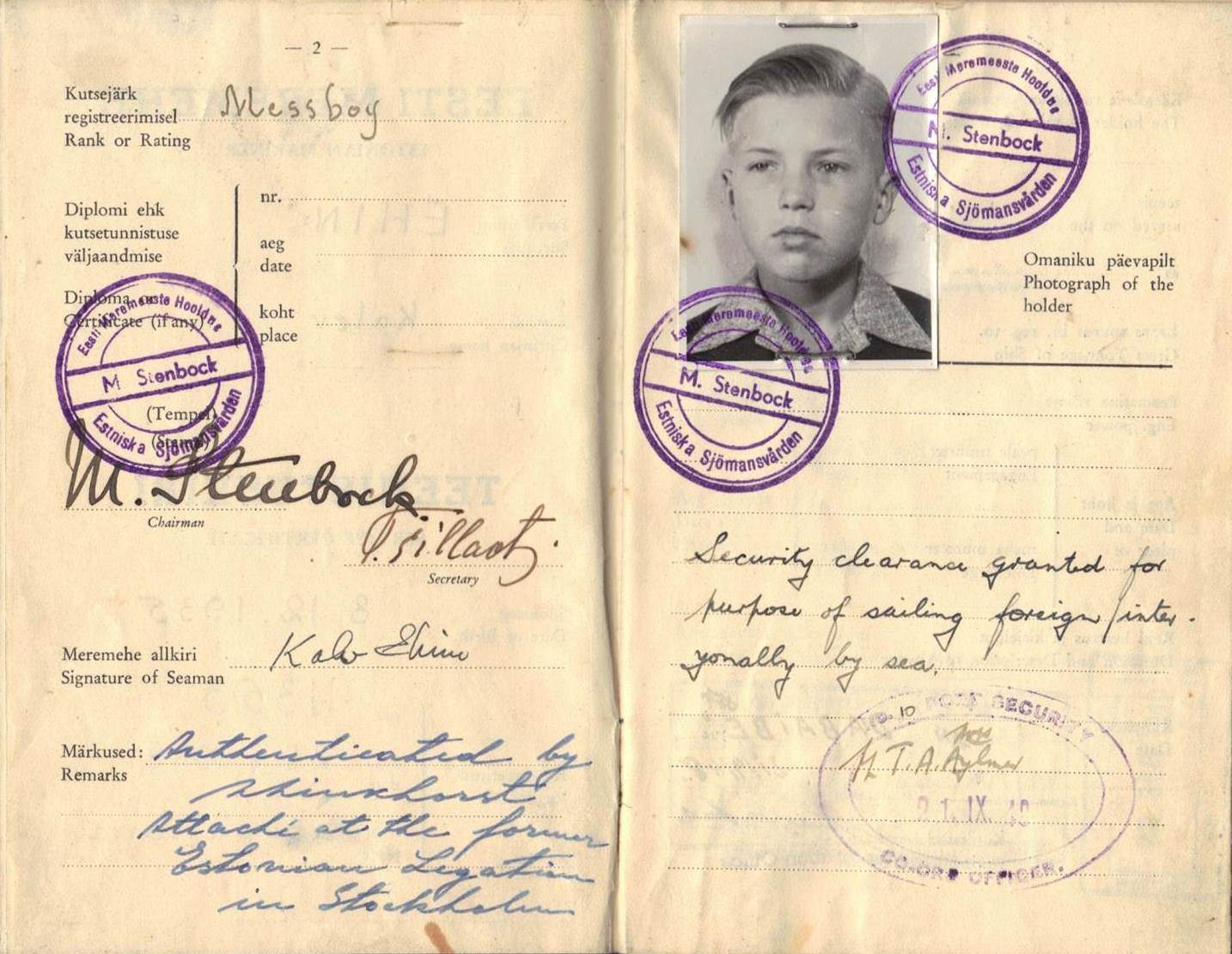 There, Ehin enlisted in the US Air Force. “I was anxious to do my part in deterring Soviet aggression around the world,” he writes. He made a good career, from commanding a missile crew in Nebraska, to managing an F-16 Fighter Acquisition Program in Tehran, Iran, eventually completing his PhD degree at the University of Oklahoma and, until this day, working as a professor emeritus at Westminster College in Salt Lake City, Utah.

Apart from the moving personal account of historical events, Coming Home is also intriguing in its description of Soviet Estonia in the early 1980s. While visiting his sister after 38 years apart, Ehin couldn’t help but notice the looming hardship and the Russification policies forced upon the people of Estonia. “I was continuously infuriated and depressed over the intolerable economic and repressive political systems that had been imposed on these proud, ancient people.”

On a brighter note, Ehin describes the feelings when visiting the Song Festival and the upbeat spirit of Estonians under the occupation. 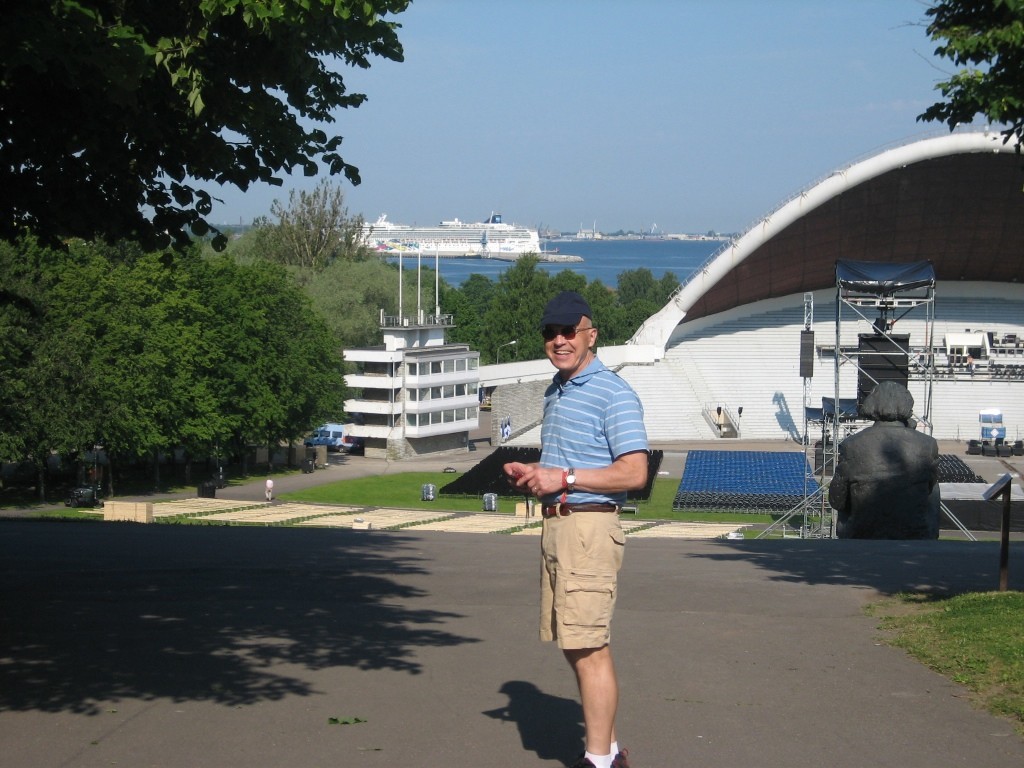 “How long do you all believe the native Estonians will be able to withstand the intense Russification efforts of the Soviet Central Government?” he asked his relatives, many years before there was any hope of the country regaining its independence.

“The Estonian people are like the sea and the conquerors are like the waves. The waves will eventually pass. We will survive,” was the optimistic response.

While visiting the Estonian Song Festival in 2009, Ehin’s grandson made a video documentary of his trip. While there, they retraced the path Ehin’s family took avoiding the horrors of war as the Soviet army invaded Estonia during WWII, and which inspired his book, Coming Home.

Coming Home is available on Lakeshore Press. Cover photo: Charles (Kalev) Ehin with other young Estonian expats in the United States in the late 1950s.