Compared with other types of arts, cinematography has a narrower timeline. Nonetheless, we might say that it’s becoming the most consumed type of art and it has made up for lost time.

Estonian cinematography starts with films made by Johannes Pääsuke (He made his first documentary in 1912 and the first short film was made in 1914, “Karujaht Pärnumaal” — Bear Hunting in Pärnumaa). Going through bad and good times, Estonian cinematography reached its centenary in 2012. Estonian film has still a long way to go; however, it already has its classics.

I have made a list according to my personal preferences and in order to give an overview, thus being subjective, for the purpose to help find a way to depict the country’s history, Estonian cinematography and its development.

Social criticism and active propaganda was typical to that era of cinematography, not to say even a compulsory part of movies. This film tells a story while at the same time mocking cinematic conventions.

The movie focuses on Martin Roll’s bet with his philatelist friend to speak truth for an entire day. If he can manage that, he will win a rare Viennese postage stamp. It is not because Martin Roll always lies, but he tries to please others by never speaking his mind.

This is an authentic representation of the mentality during the Soviet occupation of Estonia. Therefore it might get lost in translation for a viewer who has not lived in that era. 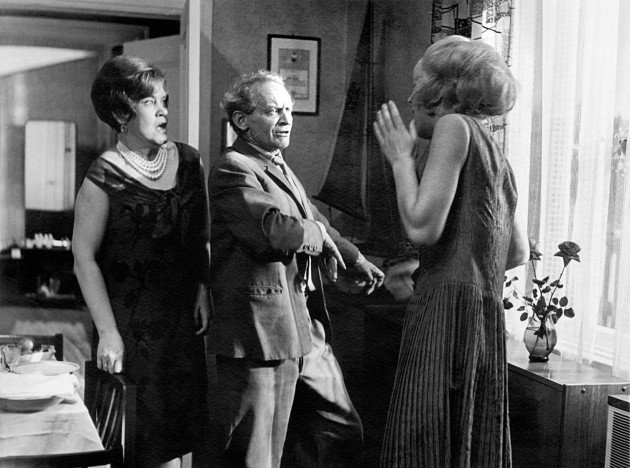 During the Second World War, on territory occupied by the German army, a stranger arrives at the gates of a hospital for the mentally disabled. When he is taken to a doctor, he tells him that the purpose of his visit is to find an English spy who is hiding among the patients. The man is, in fact, a Gestapo officer called Windisch and he is to carry out his task before the Soviet army pushes its way towards this isolated house in the middle of the woods. But it promptly becomes difficult to differentiate between the sane and the insane…

The film is a critical analysis of the relationship between power and guilt, and fixed ideas and free will in a totalitarian state. When this film was presented, Estonian viewers fell head-over-heels in love! Later it was forbidden by the Soviet authorities in Moscow. So it had to wait on a shelf for 20 years before it was seen again.

The strong realistic image of the movie is heightened by the use of symbols. With this movie, the modernist era of the Estonian film industry commences. 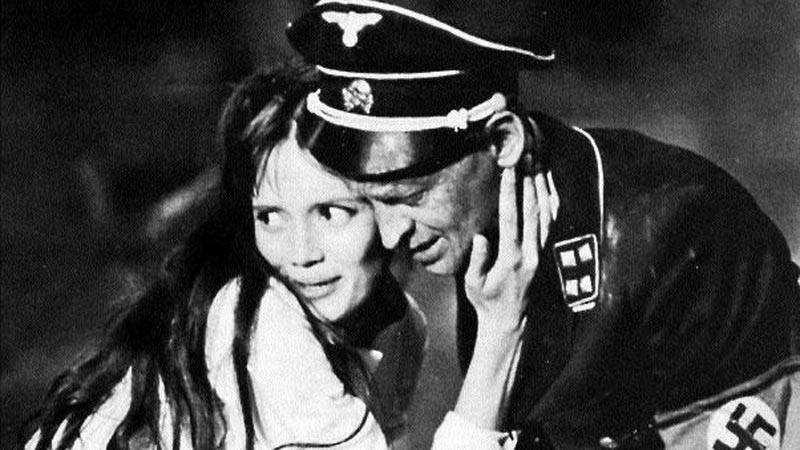 The film is based on a novel written by the famous Estonian novelist Oskar Luts. It is a story about school boys and their everyday lives, their first loves, first experiments with alcohol and other mischief, but also about brotherhood and youngsters’ efforts to understand the world, politics and their homeland.

According to a survey carried out in 2012, it is considered to be the best Estonian film of all times. And in my opinion, it truly is. It is both comic and tragic at same time. 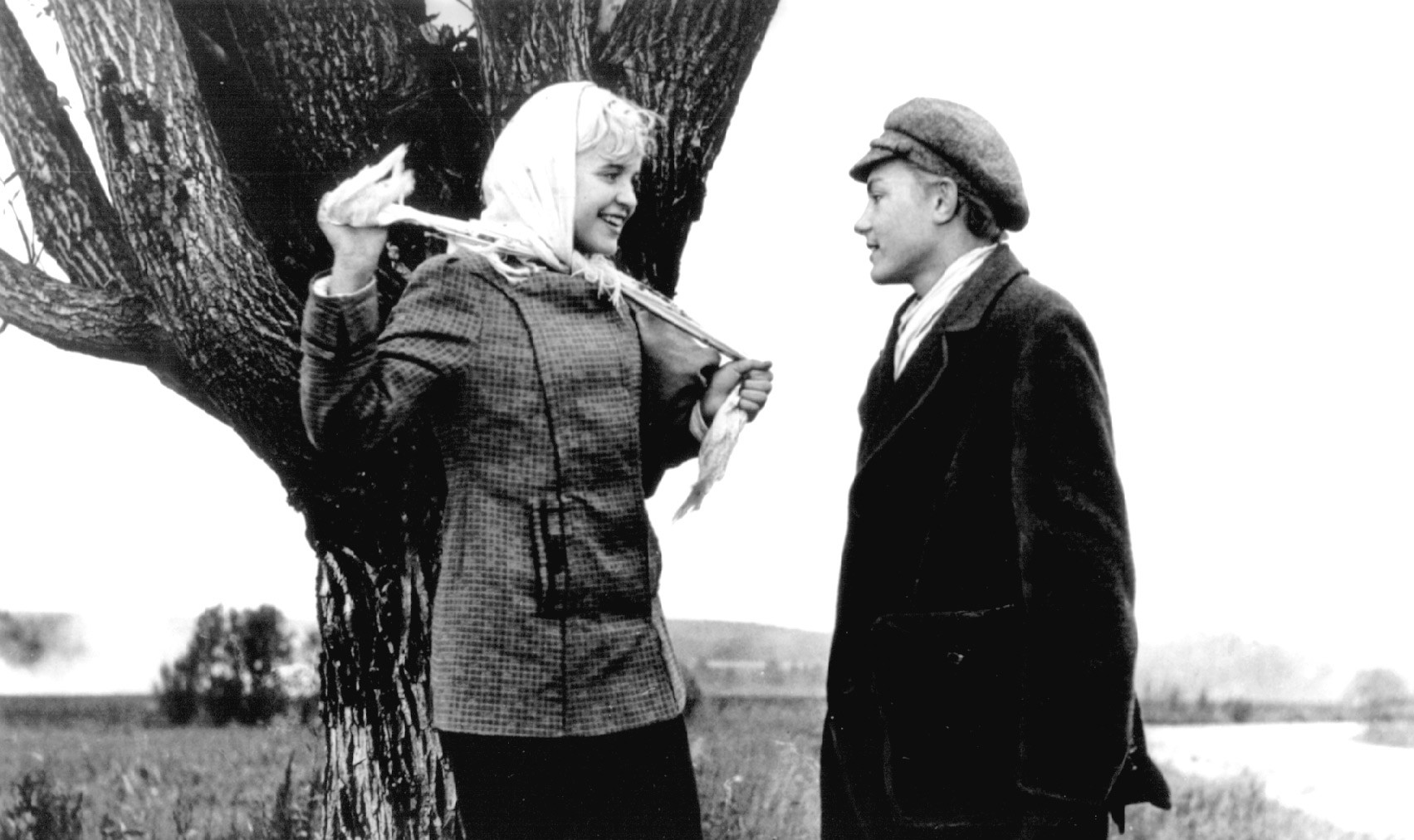 The movie is special because it was the first science fiction film made by Estonians. An anonymous phone call brings taciturn Inspector Peter Glebsky to a remote mountain inn. The colourful residents all deny placing the call and insist that nothing is amiss, but after an avalanche cuts the hotel off from the outside world it becomes clear that Glebsky is very much needed as bodies and bizarre events begin to pile up… Of course, a sci-fi movie is not complete without aliens.

The psychedelic soundtrack of the film, written by Sven Grünberg, also demands attention. The Dead Mountaineer’s Hotel was adapted from the novel by Boris and Arkady Strugatsky, authors of the original story and screenplay for Tarkovsky’s Stalker. 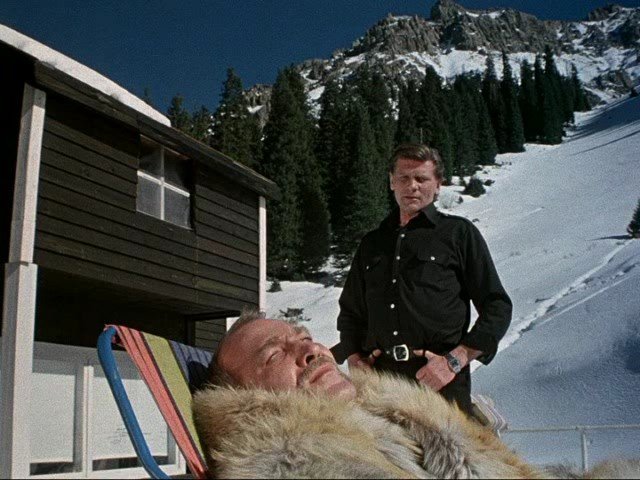 An Estonian children’s film classic and interesting for different ages. This folktale fantasy starts off with two children (Kusti and Iti) who go too far into the forest while picking berries and cannot find their way back home. Instead they meet an evil witch and have to start working for her. But the witch has a little child of her own — a cute little boy with a bad temper and two horns, who treates Kusti and Iti as toys.

As in all classic stories about a battle between good and evil, it will have a happy ending and love conquers the evil. It is a heartfelt story about how to change the world through good thoughts and faith in a better world. The film is also blessed with a beautiful soundtrack. 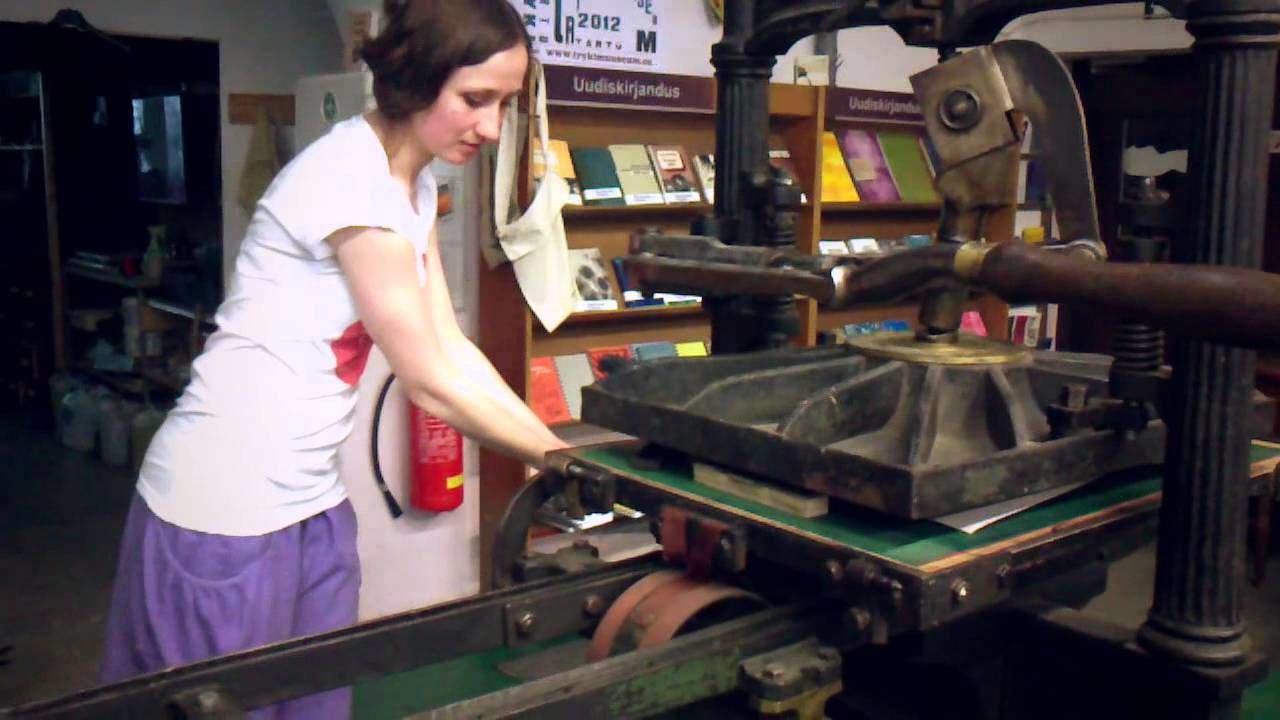 The use of authentic scenes that depict orphanages during those times add up to a very touching movie. In the end we might note that a good way to approach life is to smile, even if we have to do it through tears.

It won the UNICEF prize at the Berlin Film Festival in 1987. 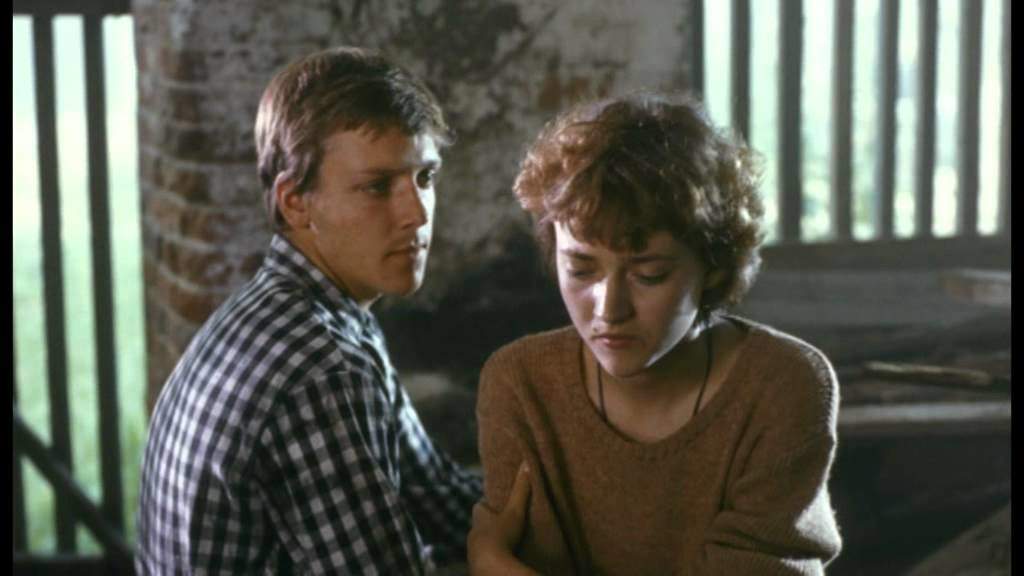 It is a movie about the composer Raimond Valgre, who is a legend in the Estonian music history, but also a burdened soul who turned to alcohol. This led to a death that was not talked about widely. 25 years after his death, Mati Põldre decided to make a documentary about Valgre. While making it, they found a letter from Russia. A woman named Niina, who sent the letter, had a lot more letters from Raimond. After reading the letters an idea was born for another movie — “Need vanad armastuskirjad”.

As the story of the legendary man was told in a documentary, a tale of a man in turmoil emerges. “Those Old Love Letters” tells a story of his struggles with love, war and alcohol. 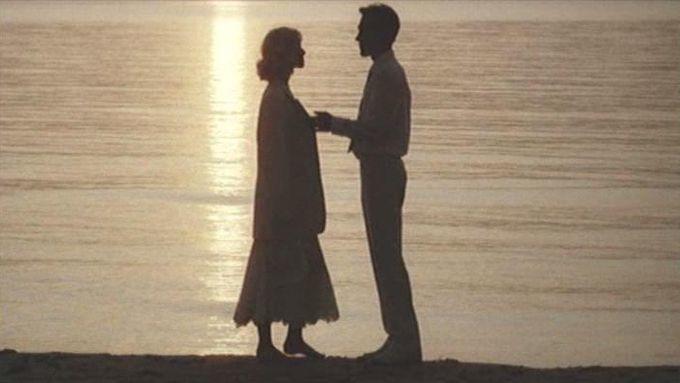 A young couple is hitchhiking on an empty road, so they decide to find a place to sleep instead of waiting for a car to pass by. They see a country house, which is occupied by Osvald. The strange man thinks this young girl arriving in his house has a deeper meaning. This knowledge leads him to try to buy the girl from her boyfriend. Is it truly possible to buy love?

The movie got a jury prize from the Stockholm International Film Festival. 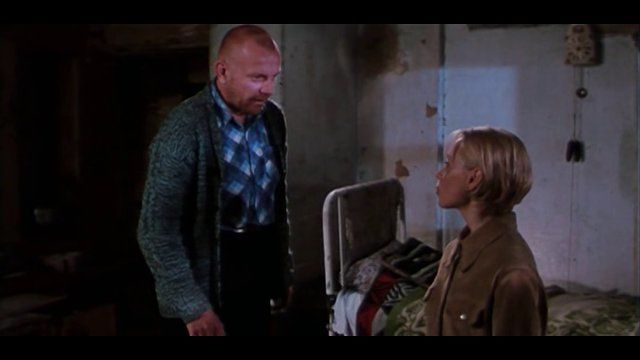 The film is based on the novel of the same name, written by Albert Kivikas in 1936 about the Estonian War of Independence fought in 1918-1920. The plot takes place in 1918, when Estonia had declared independence, but was battling for its sovereignty, being squeezed both by German Baltische Landeswehr and Soviet Russia.

The movie focuses on school boys who go from school straight to the battlefield. The battles are gruelling both mentally and physically as in one family, one brother is on the Russian army side and the other fights for the young Estonian army and they meet on the battlefield. What justifies the war sufferings of young school boys? Is it love of homeland, of freedom or just their names in marble? 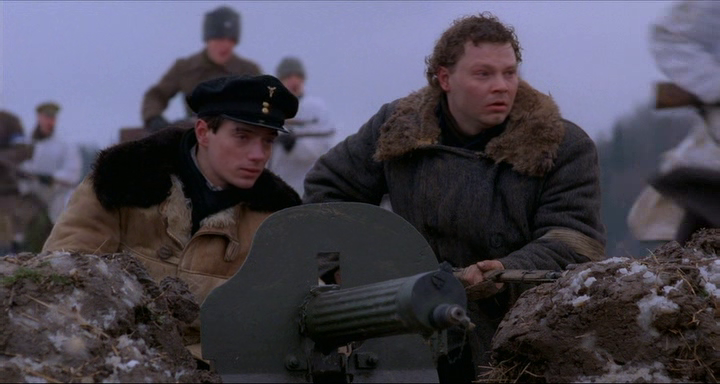 A provocative but realistic film about school violence. An entire class starts to terrorise a new pupil, a countryside boy whose life they make miserable. Finally, one classmate tries to stand up against the bullies, but the class turns against him, too. Now they both suffer both psychological and physical humiliation, every day becoming harder and harder to survive. It culminates with a big tragedy. 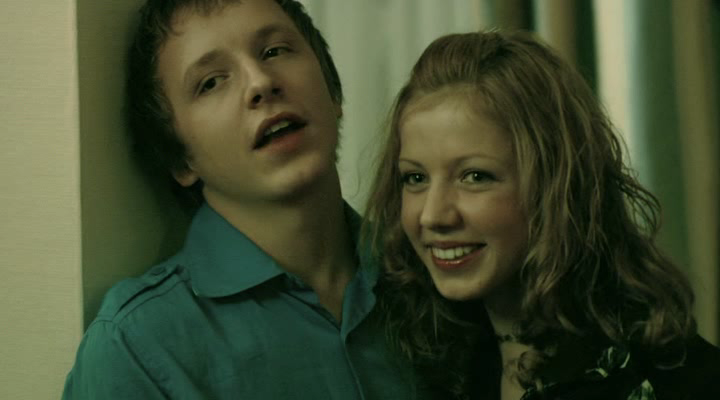 The ten movies mentioned before are more or less Estonian film classics. They are landmarks that have given a new direction to film making in Estonia. But there are two extras that need to be mentioned as a footnote to show the direction of the cinematography today:

An emotional and unbelievably sad story about a boy named Magnus who has decided to commit suicide. That declaration rocks his father out from his slumber and directs him to do everything in his power to stop his son from going down the path of self-destruction.

It is the only Estonian movie that has screened in Cannes Film Festival as an Official Selection. Unfortunately soon after the screening of the movie, it was banned by court at the request of the mother of the real-life Magnus. The reason was simple: as it was based on real-life events and Magnus’s father agreed to participate in the film by playing himself, it became too close to comfort for other parties in the saga, as Estonia is a small country. It received a ban for 50 years, unless the court will rule differently at a later time. 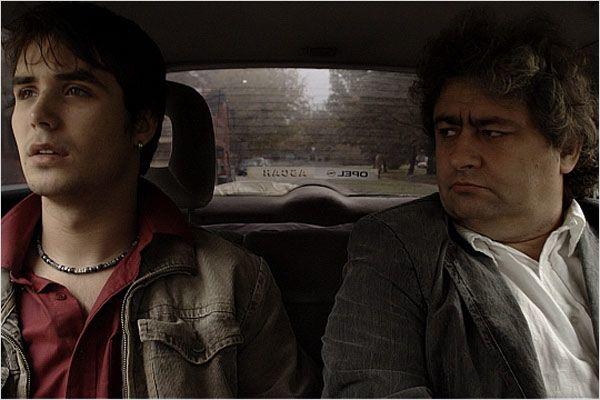 A short movie, screened on YouTube. It depicts a young Estonian boy whose lifestyle consists of a baseball cap, fast cars, and women. He does not contemplate what tomorrow might bring. However, his life suddenly takes a dramatic turn… The movie is a brilliantly sarcastic take on chav lifestyle and all that goes with it. When it came out, it spread like a wildfire. 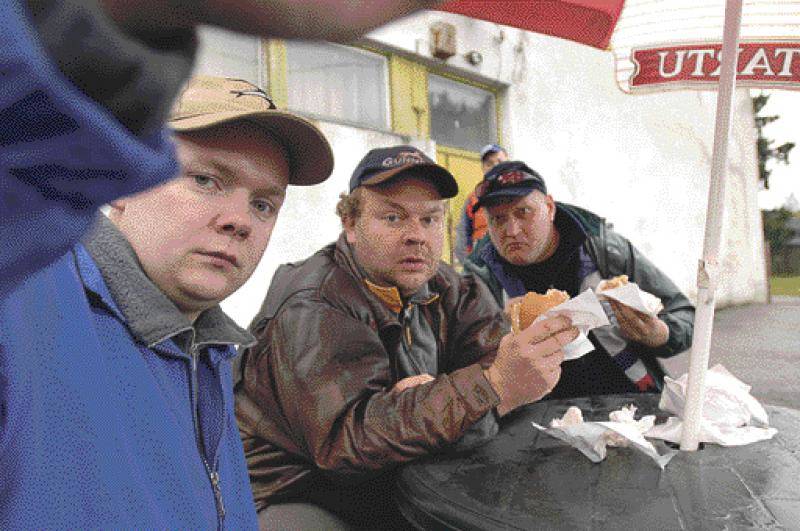