At the recent TED Houses of Parliament event in London, British conductor David Drummond spoke about the Estonian Singing Revolution and also conducted his choir to sing “Mu isamaa on minu arm” (“My Fatherland is My Love”), a much loved patriotic song in Estonia. 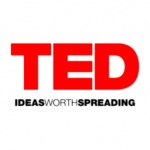 David Drummond has been director of the London Oriana Choir, one of the UK’s leading choral groups, since 1996. He has also conducted opera for English National Opera, Gothenburg Opera and Scottish Opera, as well as Boris Godunov for Kharkov Opera in Ukraine.

David’s talk covered the extraordinary events of the Singing Revolution in Estonia and how a nation found its collective voice.

“Mu isamaa on minu arm” was originally a poem by Estonian poet Lydia Koidula. The poem was first set to music for the first Estonian Song Festival in 1869 by Aleksander Kunileid. It became a very popular patriotic song when a new melody was written by a composer Gustav Ernesaks in 1944. Since 1947, it is always performed at the ending of the Song Festival. The song may be confused with the Estonian national anthem because of the similar title and opening notes. During the Soviet occupation of Estonia, “Mu isamaa on minu arm” became something of an unofficial national anthem.

In the spirit of ideas worth spreading, TEDx is a program of local, self-organised events that bring people together to share a TED-like experience. At a TEDx event, TEDTalks video and live speakers combine to spark deep discussion and connection in a small group.