Estonian World went to see an annual exhibition by the graduate students of the Estonian Academy of Arts and brings you some of the highlights.

The Estonian Academy of Arts, established in 1914, is the country’s preeminent art school – a public university that provides higher education on different art forms. At its annual exhibition, TASE (could be translated from Estonian as “level” or “mark”), the university’s master’s students from the faculties of fine arts, architecture, design, art and culture show their graduating works. In addition, the bachelor students of the fine arts degree also show their final works.

Here are some of the highlights from this year’s exhibition.

This piece was the most outstanding among the other scenography works by this year’s graduates. It was the most detailed and worked through, ready to be used on theatre stages. Built up by using two-way mirrors and different objects placed behind and front of them, it created a surreal feeling.

I found myself standing in a room full on mirrors, with a reflecting image of myself. Finding myself in a different reality I shared a room with a regular street light and an empty bench. The experience was all made more surreal by the reflective bench with a sitting child and a mirror with the street light that had a rope tied onto it, creating a feeling that someone was going to commit a suicide. 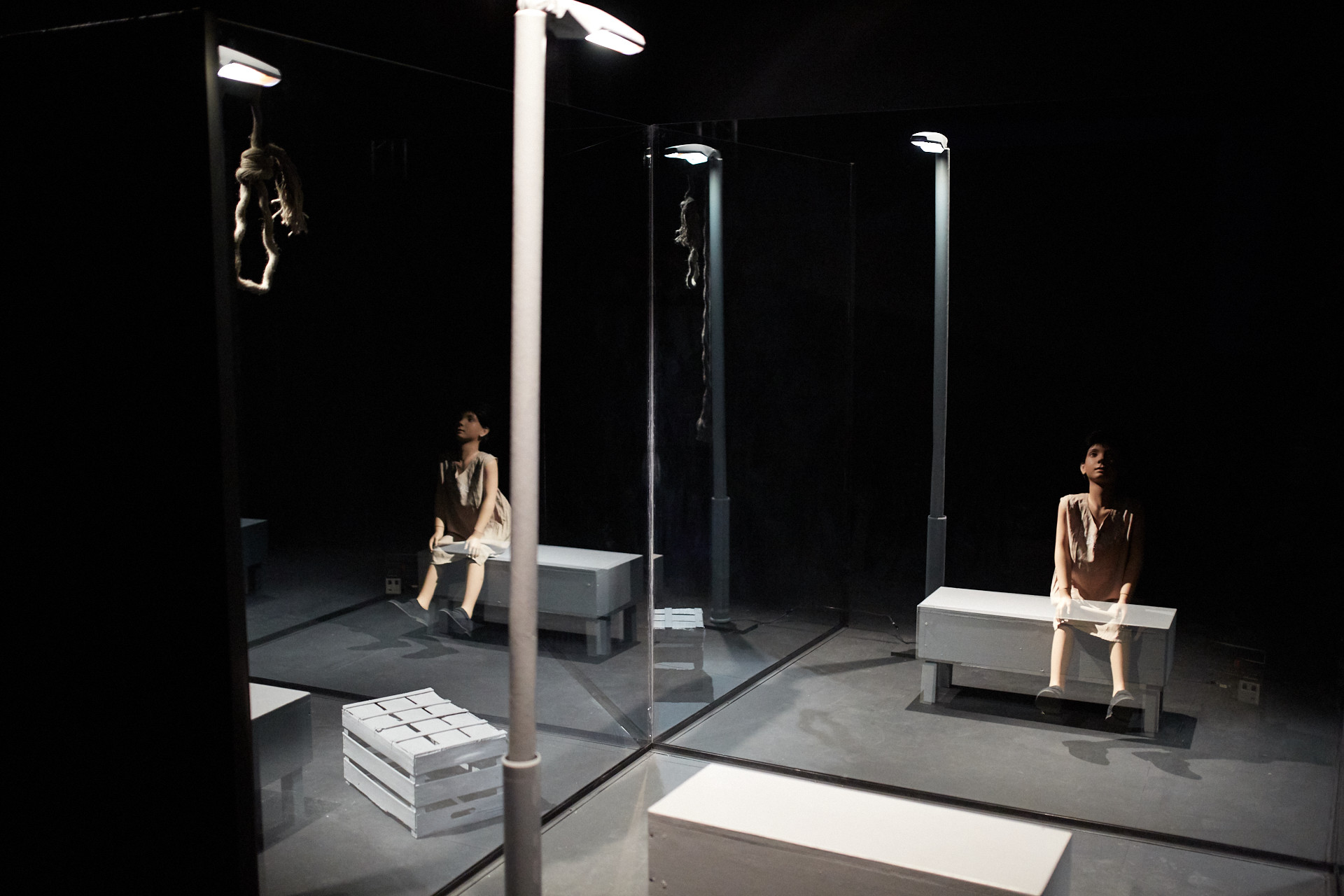 That room reminded me Lars von Trier’s (the Danish moviemaker) explanation of the parallel universe, after the screening of his film, “Antichrist” – a viewer could decide on what they believed in. 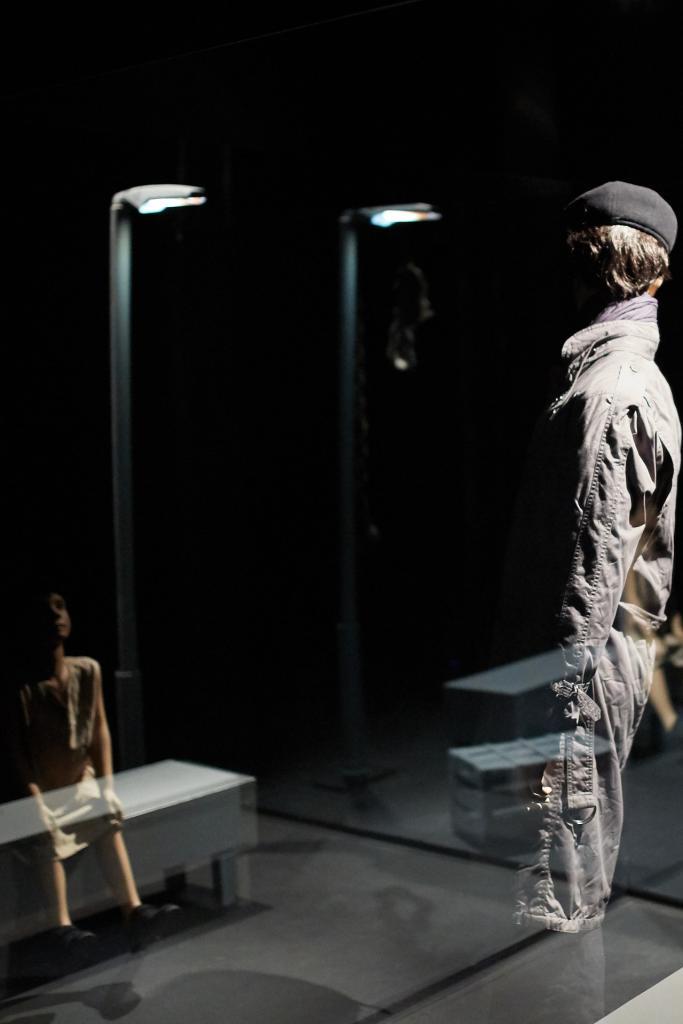 “The theme of the my master’s thesis arised from the interest in ambiguity and illusory nature of space and focused on the contradiction between fiction and apparent reality, based on the play ‘Toilet This Way Please’ by the Japanese playwright, Minoru Betsuyaku,” Simson said. “The aim of the thesis was to construct a space, which, based on the analysis of the play, visualised a dead-end situation of a woman in an installation form, in which the boundary between reality and illusory disappeared.”

The artist added that this all resulted in the symbiosis of scenography and installation. “The woman’s self-image and perception of surroundings becomes audible and visible through fragmental recordings and absurd reflections, where the border between reality and illusion becomes as questionable as the existence of oneself in space.” 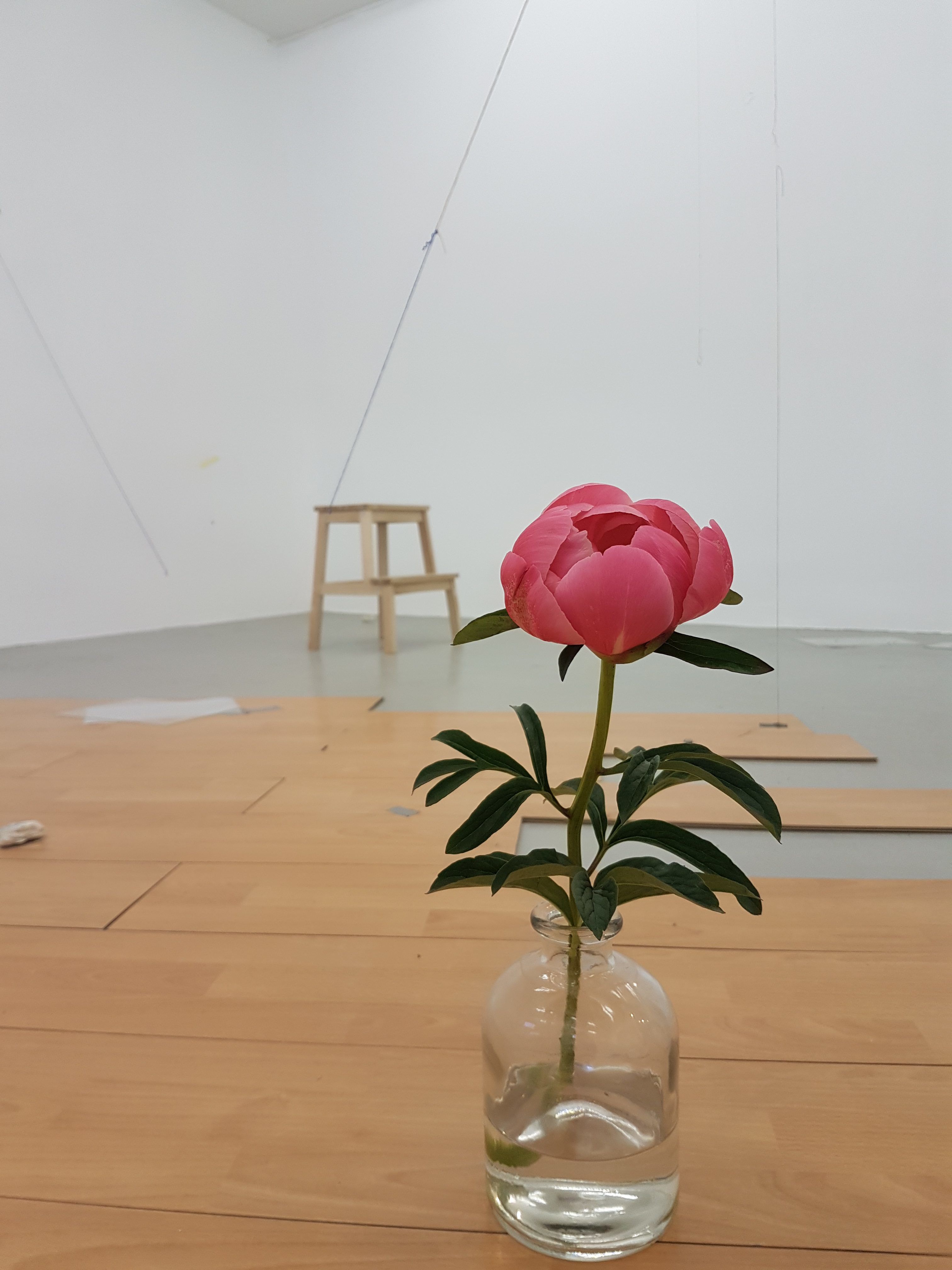 Even though Jaansoo acquired her master’s in photography, her final work was more like an installation. Being in the vicinity was a pleasant experience, due to the carefully installed objects in the room – some large and some so small and fragile, scattered about by a certain algorithm. It felt like one was walking on a spider net or in a 3D photo.

Among other objects there was a stepping chair with a little booklet, in which the artist was discussing about fragility and strength – advising that fragility made shyness and courage look the same for a bystander. 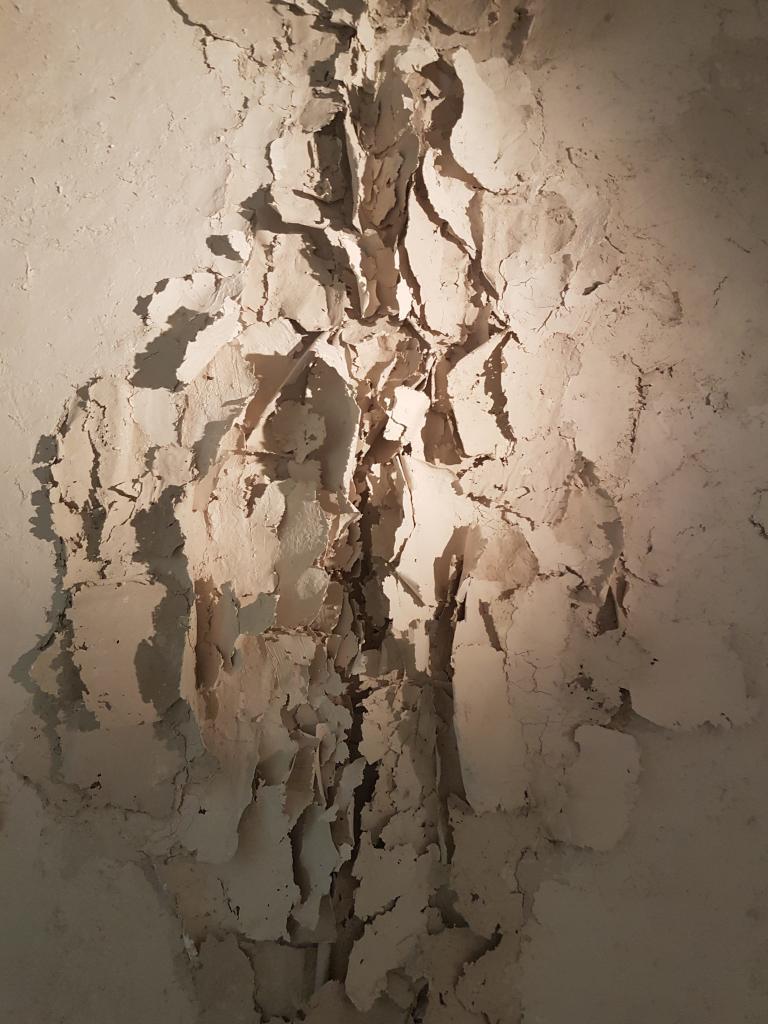 “In my work I discuss relationships between objects and people – what role objects play in our lives, how objects influence us in room and space and how they create the experience of space,” Tuudelepp, who used paper clay and porcelain as a material for “The Wall”, explained. 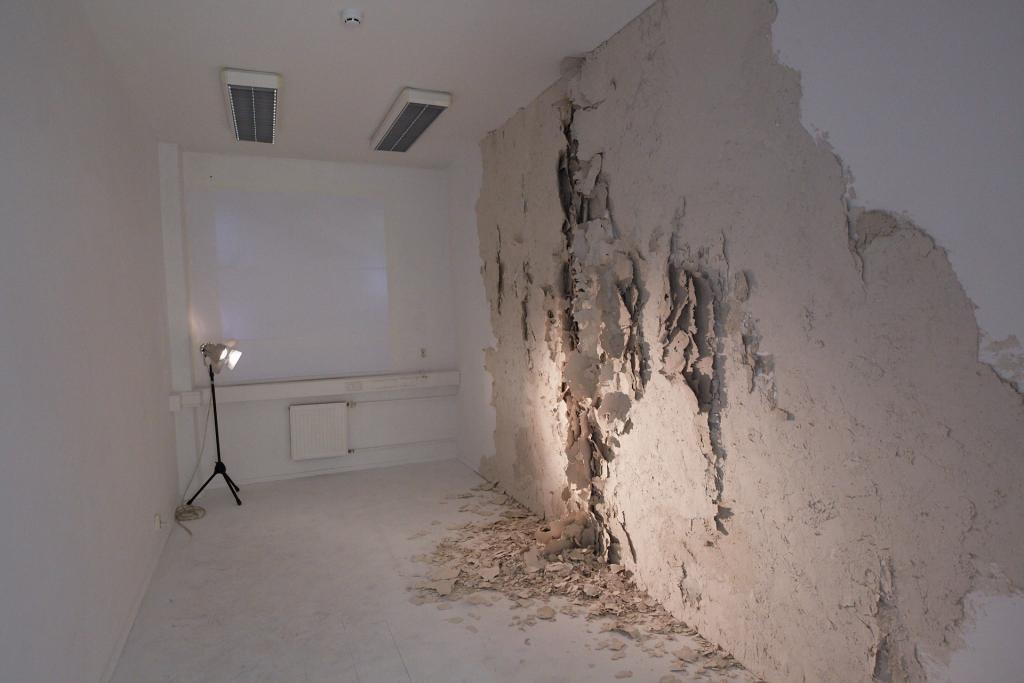 Harel conserved plants and modified them into jewellery. There were some nice wearable pieces, but more than others I was stunned by one that was made of seaweed and named “Seaweed Inferno”. Despite the name, it looked elegant and somewhat passively threatening. 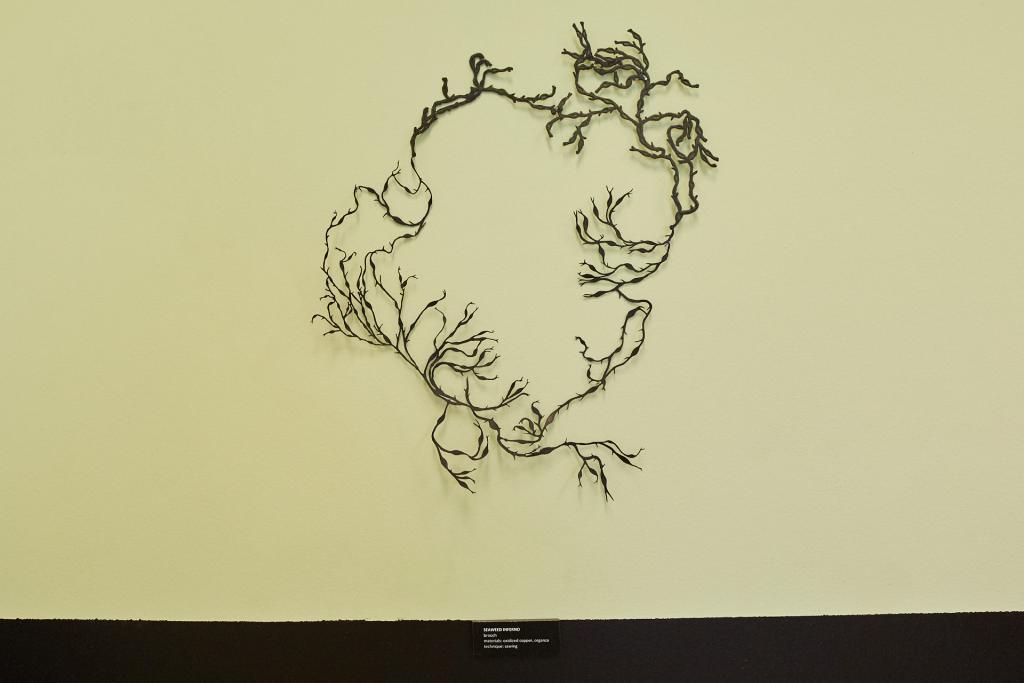 “My work finds its nourishment in a compassionate contemplation of the natural world. Organic shapes undergo a metamorphic process that transforms them into imaginative habitants of an uncanny forest,” the artist described her work. “Through my artistic process, I protect them from their destiny to wither and disappear. I aspire to maintain the fragility and sensitivity of the existing nature, while using durable materials. It’s an act of remembrance and preservation – the ephemeral becomes eternal. Phantom plants, disconnected from their natural environment, still reverberate the aura of the place they belong to, transcending into a poetic emotional landscape.” 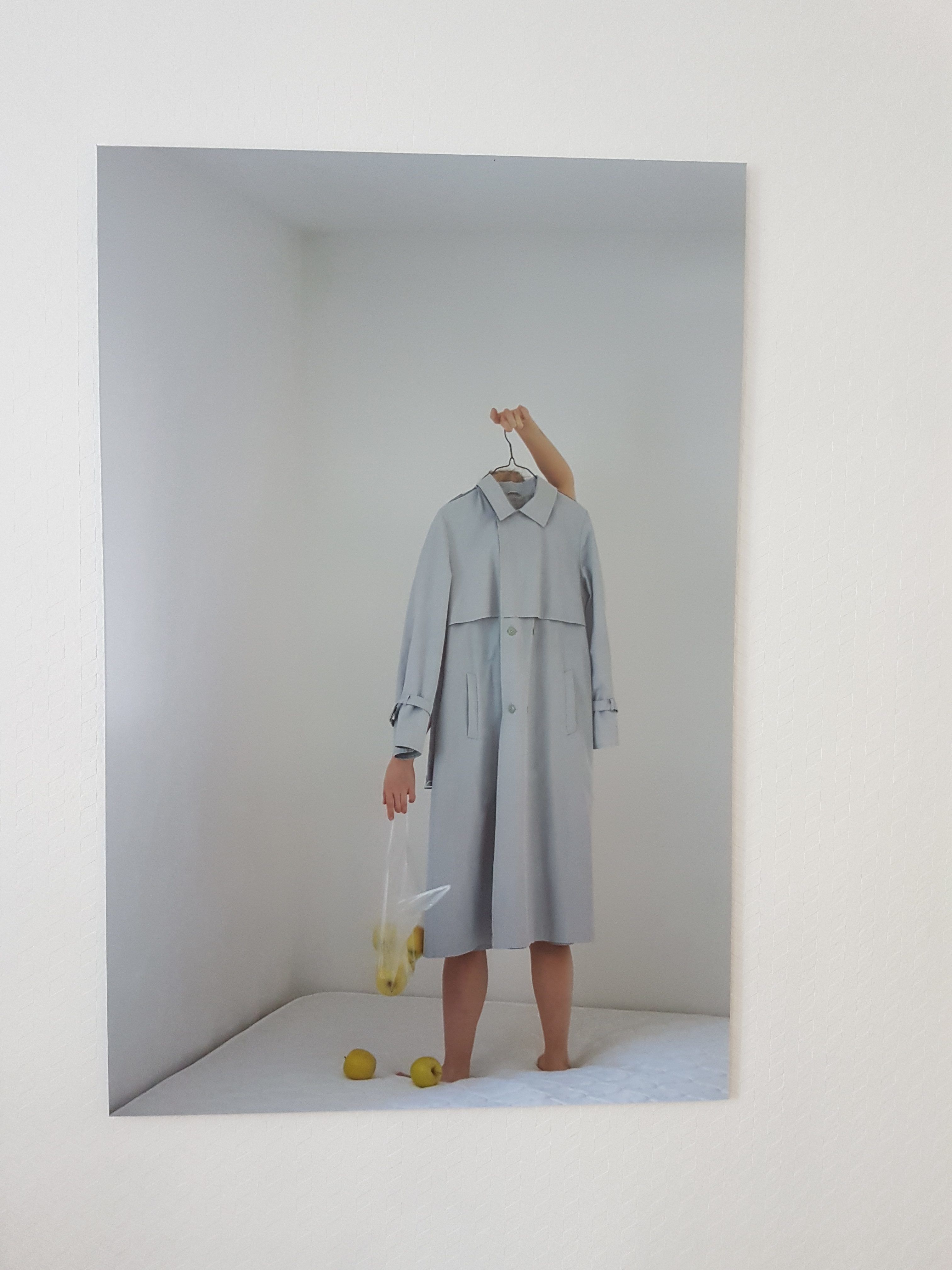 The artist explained that “Metamorphosis” was a photo series inspired by personal experience of motherhood. “It depicts mental and physical changes that I went through within the process of adjusting with the new role. The continual sharing of one’s own body and forced physical presence created an altered sense of self – an alienation from my own physical body. The altered sense of self follows with hazed self-depiction that needs existential interpretation,” Jancis said.

The artist added that in her photo series, cognitive states were given a physical form, one of these was the fear of becoming an object and losing one’s self. “The manifestation of mental stages gives solace and helps adjust with the new role of motherhood.”

Margus Kontus – “An Act of Violence in One Act” (graphic arts, BA)

This was an art form where two black circles collided on a white paper. Kontus’s final work was installed in a black room with a dramatical lightning on the piece. 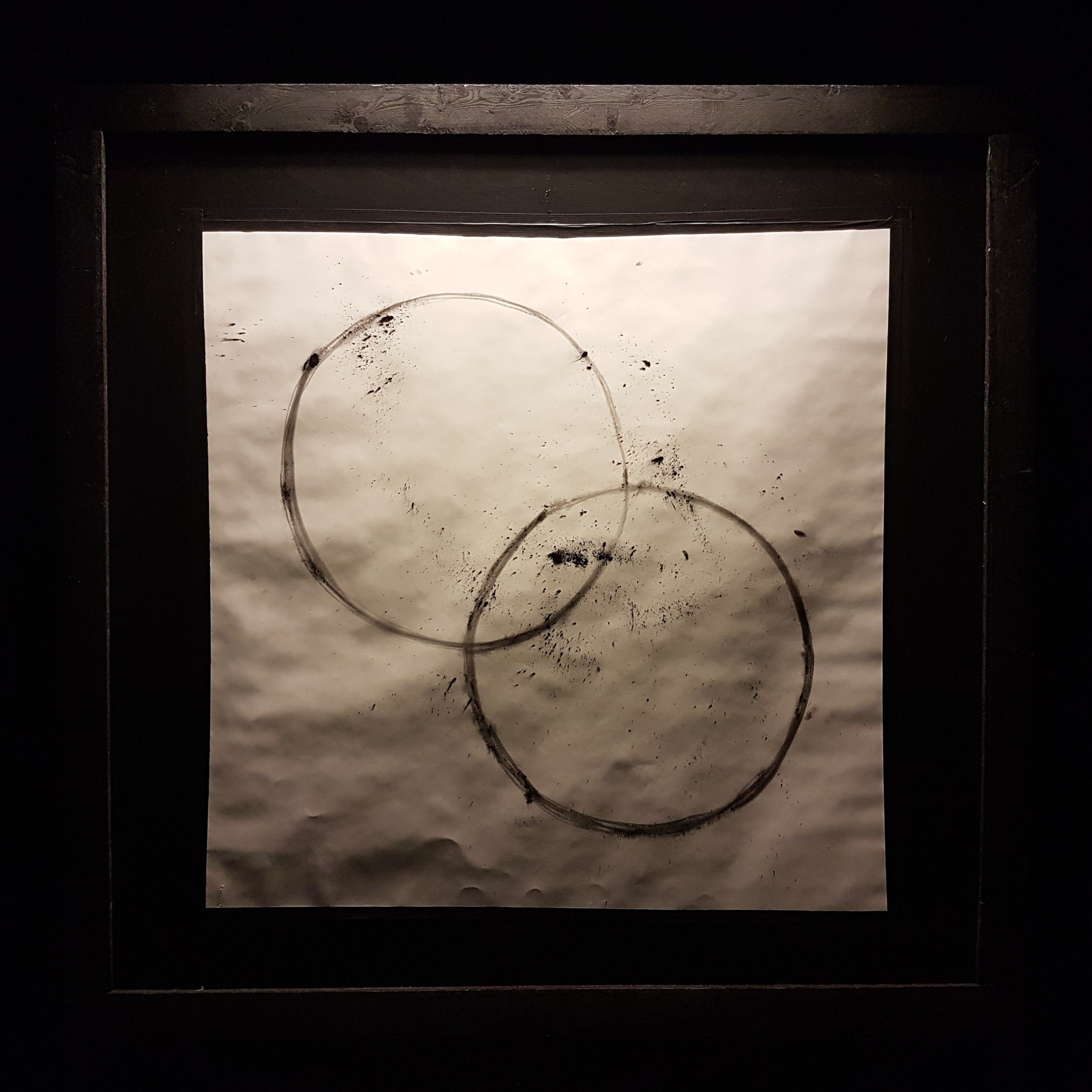 Despite the title that referred to violence, the artwork’s minimalistic nature reminded me a zen art – two simple circles provoke an aesthetical feeling and made me to pause for a moment.

The artist claimed her favourite colour was pink and she liked pop art – but during her studies, the academics had always been warning that her art might seem superficial, not to say just a cliché or a poster-like. 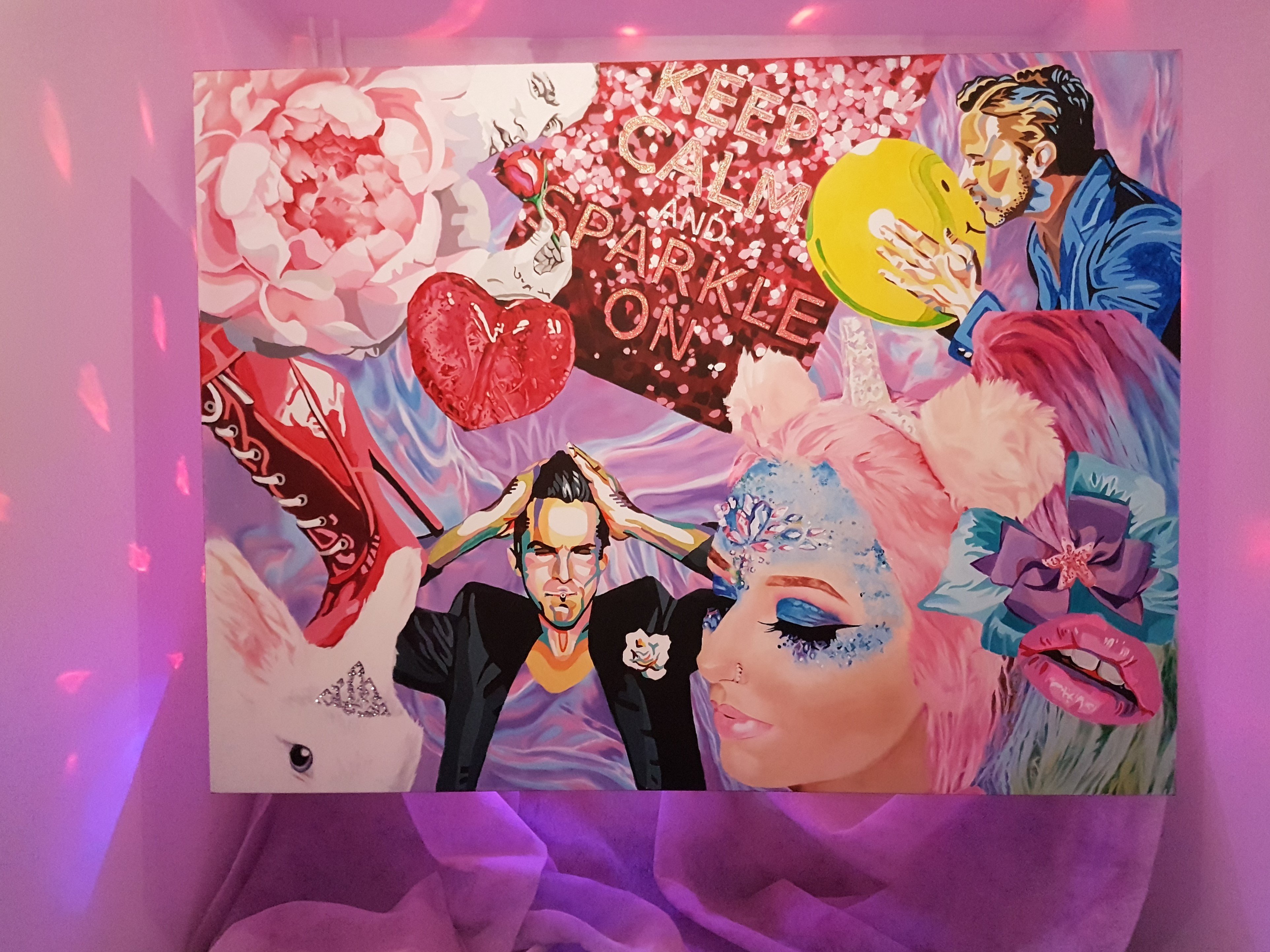 Her work was placed at the end of a long corridor, but before one arrived there, the artwork became audible with a cheerful disco music, and sensible by the sweet scent. Behind the large-scaled pink painting was a colour music set that was casting colourful dost around the room, and some fluffy clouds – just to add some extra sweetness.

This piece was an artist’s manifestation for her authentic self, while questioning: “Is kitsch definitely a sign of bad taste? Does work of art has to have always a deep meaning to be titled as a good art?” Secondly, Janke asked whether an artist creates art that stays within the borders of good taste or should one always stay true to oneself? “My painting is an experiment to see whether the sugary sweetness can become a meaningful piece of art that can be taken seriously,” she said.

“Life on Earth” was a series of paintings, placed in a neon yellow room that represented hunger and yearning for more. 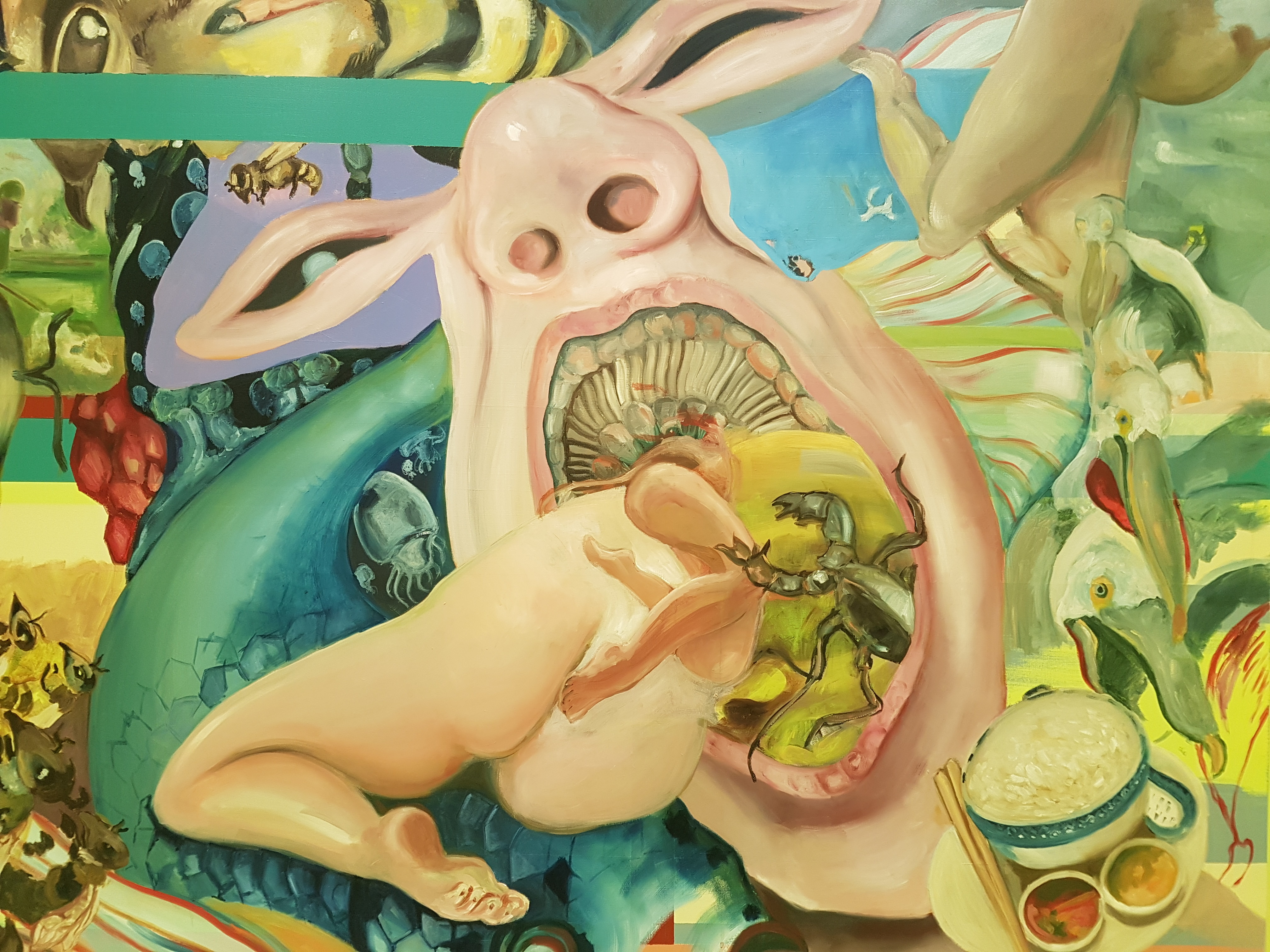 “My paintings represent hunger and desire for something that you cannot even name. Random thoughts in a random order. Symbols appearing and disappearing, as if referring to a truth underneath, but in the end it’s all too much and it becomes impossible to understand, know or believe,” the artist explained. “It’s probably just a silly game. In my paintings, fantasy and reality collide, accidental decisiouns meet conscious moves. This creates countless stories, which everyone can put together and take apart as they wish.”