Like bees flying back to their hive, a large number of global Estonians will be returning to Estonia on the occasion of the 26th National Song and Dance Festival held in Tallinn from 4-6 July. One of the most global of Estonians, folksinger Reet Hendrikson, will be there in memory only, at a musical tribute at the Museum of Occupations on 1 July.

In the atmosphere of a huge celebration that brings together more than 20,000 singers and 200,000 listeners (if you leave out the masses of folk dancers), such a tribute may represent only a few quarter-notes in a symphony, but it completes the musical creation. The story of Hendrikson may also be a signal to the bees or a distant herder’s call to return from pasture.

Reet Hendrikson was born in Estonia only months before the “great escape” into exile in 1944. Brought up and educated in Sweden, she went to study in the US in 1967 on a Fulbright scholarship, before she made her mark as an Estonian musician in Canada. While her arrangements of Estonian folksongs on the guitar reflected the styles of the sixties, her voice and choice of material sounded authentic and made a connection with ages past.

Somehow her personal contacts from long ago as well as her music studies in Europe have reached a new generation. This is now opening up a new page in the retelling of her life.

It is interesting to note that her arrangements, recorded 45 years ago, keep finding their way, in fragmentary fashion, into various corners of the internet, creating questions and comments particularly in Estonia, reaching friends and even the aging ears of the producer of her original LP – the writer of this article.

When Hendrikson arrived in Canada in 1968 via the US, her Estonian was native-like because of the high quality of Estonian schools in Sweden. She was thus able to characterise the identity of young ex-patriate Estonians – especially those born in exile from Soviet occupation – in a new and meaningful way. A formal musical background allowed her to create the arrangements that accompanied her simple but pure singing voice. Having heard her under northern Muskoka pines at an Estonian summer seminar, it didn’t take me long to bring her to a recording studio. “Reet – Estonian folksongs” appeared in 1969. 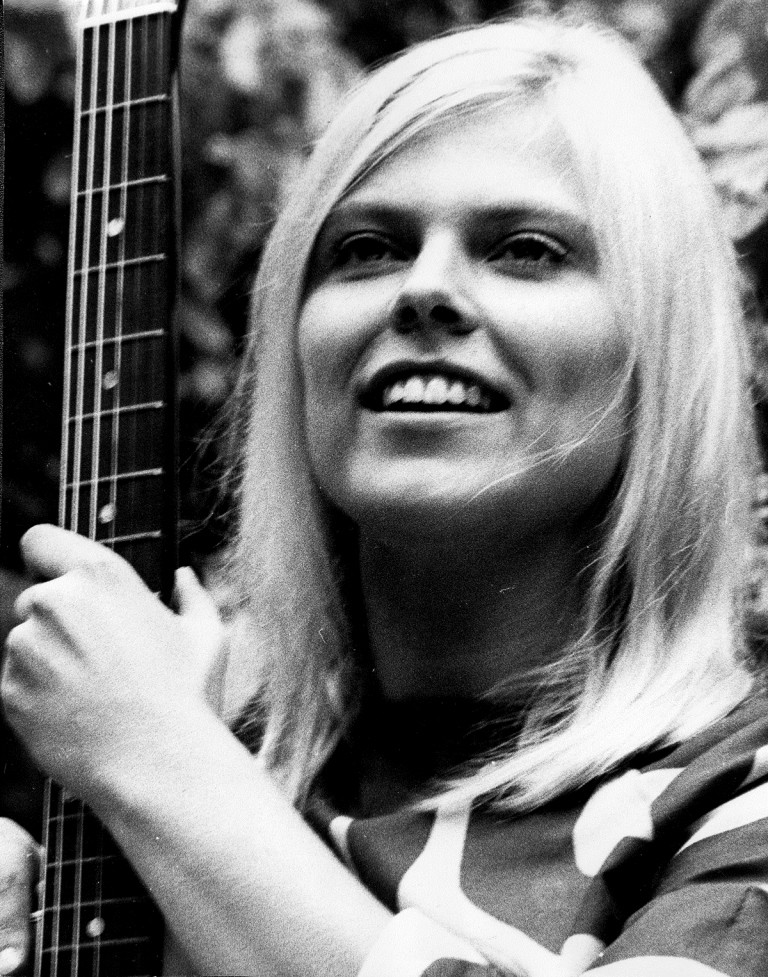 She decided to devote herself to music and stayed in Canada for a while. She also found an opportunity to attend summer courses at the Orff Institute in Austria where she met Karen Schumacher, who later became a major link to the forthcoming tribute on 1 July.

Hendrikson soon found her way to the scholarly atmosphere of Boston where, as a multi-instrumentalist, she joined a group of musicians who favoured traditional folk music. Back in Sweden in the 1980ies, she was invited to join a scholarly society of Estonian young women, which she led during musical sessions. She visited Estonia as frequently as possible, trying in particular to be helpful to Estonian musicians by providing sheet music and much-needed repertoire from the Swedish National Radio Archives, where she worked for a while. This was much appreciated by the Radio Symphony and the Philharmonic Chamber Choir, as well as by groups such as Heinavanker and Linnamuusikud.

Reet Hendrikson died in Stockholm in the autumn of 2000. Following tributes, especially from North America, a longing for her music remained. Also a number of questions. Could someone not put out a CD?

This took place following a forceful presentation by Dr Keto Soosaar who remembers Hendrikson from her Boston days. With help from the Estonian Foundation in Canada, a CD reflecting the design values of the LP was produced in 2008, during the current Estonian “new age”.

It was a mere two years later that a therapy lecturer from the Tallinn University, Eve Lukk, met Hendrikson’s old friend, Karin Schumacher, now a professor, in Germany. To her new Estonian colleague she raised the issue of restoring Hendrikson’s music, not knowing it had already been done in faraway Canada.

For Eve Lukk this raised some interesting possibilities which, besides honouring Hendrikson, included some far-reaching goals. She began her research by seeking out the LP’s producer, who led her to Hendrikson’s old friends Liivi Jõe and Ilvi Jõe-Cannon.  The newly formed group, joined by Dr Iivi Zajedova, a cultural researcher, and by Taivo and Tiina Niitvägi of Linnamuusikud, formed a committee for the tribute to Reet Hendrikson.

The event, of course, will include many others. Choral conductor and composer Toomas Tuulse from Sweden will play his musical dedication to Hendrikson. Performing or making presentations will be actors and musicians Jaak Johanson, Maile Hiiet, Niina Murdvee ja Mirjam Kerem as well as committee members Eve Lukk, Ilvi Jõe-Cannon ja Taivo Niitvägi.

Eve Lukk, as the main co-ordinator, has articulated a number of broader aims for the tribute. Besides providing an exchange of information and furthering contacts between musicians in Estonia and abroad, these include developing a more dynamic comprehension of the values of Estonian heritage culture.

The event, which would also mark Reet Hendrikson’s 70th birthday, will take place in the Museum of Occupations, Toompea 8, on 1 July, starting at 17:00.

Andres Raudsepp has been a performer and promoter of Estonian vocal music in North American communities for 40 years. During this time, he's organised and staged musical events in Toronto, Canada and, during World Festivals, staged musical shows in Stockholm (1980, 1996 - Scala Theatre) and Melbourne, Australia (1988 - Sports Centre). He also contributes to Eesti Elu (in Estonian) and Estonian Life (in English).