EstDocs 2013, the annual Estonian documentary film festival and competition in Toronto, has come to its conclusion. Already in its 9th year, the festival drew in over 1,500 audience members to witness Estonian filmmaking talent, old and new, on the big screen in venues across the city.

The Jury Award went to Heilika Pikkov’s “Flowers From The Mount Of Olives”, a film about an 82-year-old Estonian nun living a contemplative existence inside a Russian Orthodox convent on the Mount of Olives, just outside Jerusalem’s Old City. But the hearts of the audience were won over by “To Breathe As One”, a follow-up to the critically acclaimed documentary “The Singing Revolution” (which won the top prize at EstDocs 2007). “To Breathe As One” depicts Estonia’s most important cultural event, the Song Festival, as seen through the eyes of a children’s choir from Oakland, California, who was invited to perform among 30,000 singers.

EstDocs as a binding link among diaspora Estonians

Film experts in attendance couldn’t stress enough the importance of holding such a festival abroad. “I’m very pleased that EstDocs exists,” said one of the jury members, Kaarel Kuurma from the Estonian Film Institute. “The organisers behind the festival screened ten very diverse documentaries which all represent modern Estonia in some ways. It was great to see a warm audience reception at the festival – I did realise that apart from presenting Estonian filmmaking to foreigners, these kinds of events also unite and build bridges within the local Estonian community.”

The festival’s moderator, Marek Tamm, also emphasised the film festival’s role for connecting Estonians abroad. “One of the challenges that we are currently facing is how to keep the identity alive among the Estonians who have left the country in recent years – the number of which is increasing. How to link and bind them again? I believe that the arts play a very important role in achieving that –and especially film-making. EstDocs is a good example because the documentaries, unlike full movies, are a relatively non-expensive and flexible form of exposing Estonia’s past and present life, and help audiences to be part of it regardless of their physical location.”

According to Kuurma, there are exciting times in Estonian documentary making. “Some of our great old masters in this genre are still active – Andres Sööt, Mark Soosaar, Mati Põldre, Rein Maran. These are the filmmakers who studied their art in Moscow in the 1960s. But they are passing the baton to a younger generation, people who already grew up in independent Estonia. So it is worth mentioning that this year’s EstDocs had five films from debuting Estonian film directors, all born after 1980: Flowers From The Mount Of Olives by Heilika Pikkov, Occupy Your Wall by Peeter Vihma, Pigeons by Kadriann Kibus, Bloodtype by Leeni Linna and Cosmos by Heli Tetlov.”

Kuurma also claims that Estonian documentaries are becoming more global in their approach and this is reflected in the fact that they are increasingly included in programs by international film festivals. “This indicates a quality which will hopefully be firmly cemented by young film-makers. Estonian film directors have a unique position in a sense that we have been living on a cultural crossroad for a long time. We have had many different influences and a complex history, which should give us an opportunity and ability to create strong narratives in our film-making. The best documentary is the one which surprises and moves people and I’m glad that EstDocs offered such films. There’s nothing worse than a documentary that leaves the audience indifferent,” commented Kuurma.

Each year, EstDocs also features a short film competition. These films are usually made by film enthusiasts, but sometimes also include professionals. The winning film this year was Aleksandr Kheyfets’ “Raising Iti“, for its charming and honest portrayal of a couple raising a child in Estonia. 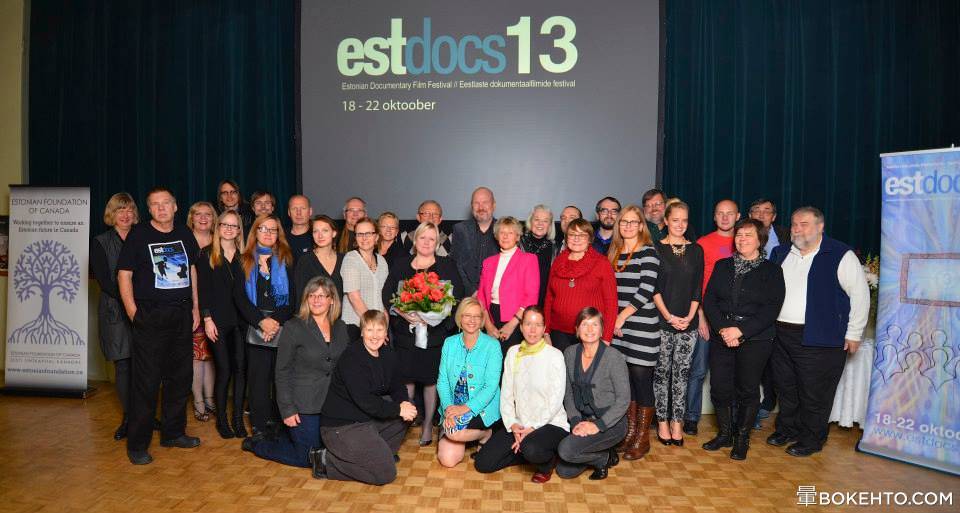 Video: Trailer of “Flowers From The Mount Of Olives” (Heilika Pikkov), the jury prize winner.