A wooden installation comprising of two towers, designed by the Estonian architecture company, b210, was selected from among 180 proposals submitted to the international arts and architecture festival Warming Huts, an urban outdoor winter festival in Winnipeg, Canada.

The Warming Huts festival commissions several installations each year, with the projects to be built and opened for public use in late January when the rivers running through Winnipeg have frozen over, creating a new icy surface for exploration, walking, skating, ice hockey – and contemporary design and architecture. This year, the long line of installations spread over 10 kilometres (six miles), offering people an outdoor experience for 72 crisp winter days and at the same time, providing a tiny bit of shelter from icy winds.

This year, the Estonian architecture company, b210, won the competition of the warming huts, along with David Alberto Arroyo Tafolla from Mexico and Camille Bianchi and Ryder Thalheimer from Vancouver, BC, Canada. 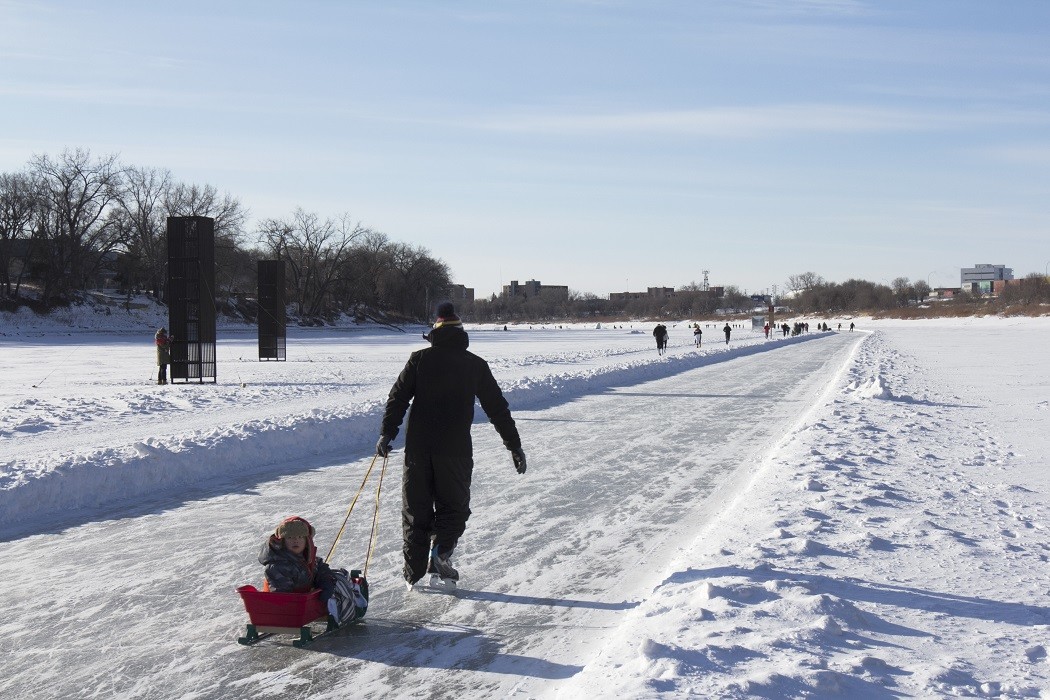 The Estonian installation is called the “Totem” and according to Mari Hunt, an architect at b210, it was selected by the festival jury because of the way the two five-metre (16-foot) towers create a gate of sorts on the ice – or a checkpoint; something to pass or skate through. “The design was also praised for the stark visual contrast of the two vertical black towers and white planes of ice and snow around,” Hunt said in a statement. 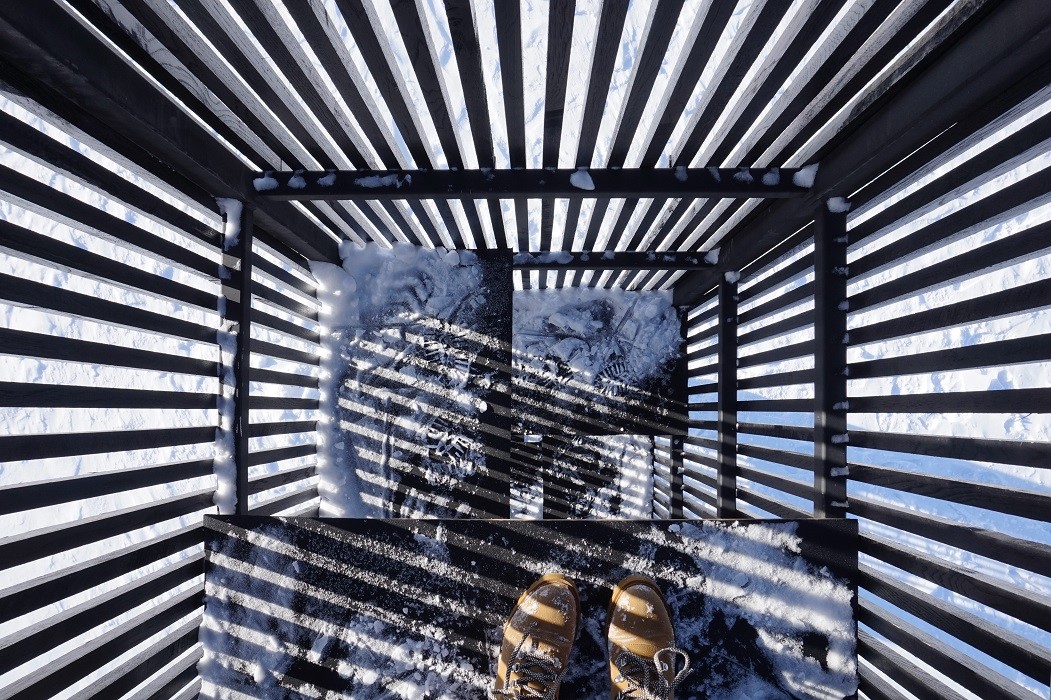 Both towers can be climbed by one person at a time, and the towers stand close enough to each other to allow for the people on top to communicate across the heads of the people below. “Climbing the towers is about personal experience, testing the limits of the climber. The installation took careful engineering to make sure the towers are well anchored to the ice, making them stable to climb even in windy conditions,” Hunt added.

Started in 2009, “Warming Huts: An Art + Architecture Competition on Ice” has been melding world-class design and art with Winnipeg’s famous winters. The competition has seen entries from across the globe and caught the attention of international architecture publications and awards. 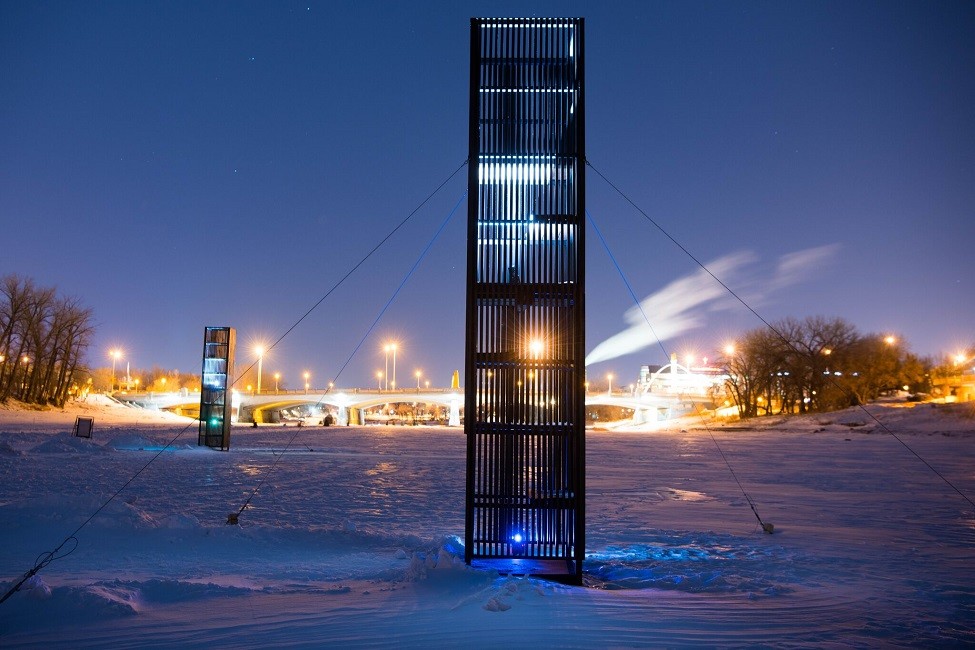