In 2018, six Estonian novels were translated into English, and now it’s time to look back and count the literary achievements for the past year.

With Estonians celebrating their 100 years of being a free and independent country, a larger emphasis has been given to make Estonian literature available to a wider audience.

According to Estonian Literature Centre, a total of 95 Estonian books were translated from Estonian into another languages, among them 21 into English. While the numbers may seem small, for a nation where each is one in a million it’s impressive achievement. Among the six translated books, three are classics and others are by contemporary authors. As one would expect from jubilee celebrations, all six novels have a recurring historic theme.

“The Misadventures of the New Satan”, by A.H. Tammsaare

God has come to the conclusion that sending people to hell is unfair as it seems that humans are incapable of living a decent life on Earth. If that’s the case, hell will be shut down and the human race written off in an unfortunate mistake. Satan is given the chance to prove human beings are capable of salvation. To ensure the survival of hell, he agrees to live as a human to demonstrate it is possible to live a righteous life.

Following the advice of St Peter, he ends up on earth living as Jürka, a farmer and a tenant on a run-down Estonian farm. His goodwill and best intentions are tested by the machination of his unscrupulous landlord as well as the social and religious hypocrisy.

It’s the last novel by Estonia’s greatest twentieth-century writer, Anton Hansen Tammsaare (1876-1940). The story combines satire on the inequality of rural life and the absurdly strict social attitudes with themes of mythology, folklore and the bible.

August Gailit’s romantic vagabond story. It’s summer and the sky is deep blue (unless it happens to rain), the midnight sun is keeping the nature up until wee hours and the male protagonist, Toomas Nipernaadi, is on a journey. With a long days and brief, fresh nights, the counting of the cuckoo bird echoing back from the vast forests and along the fields, the road reaching for the horizon brings out the longing in one’s heart.

Nipernaadi’s carefree wonderings take him from a village to a village and from a story to a story.  Lyrical, not letting himself be disturbed by reality, traditions or truth, his only aim seems to be charming people and telling (and let’s be honest, inventing) stories. While occasionally light-hearted and funny (nothing politically-correct about him, these were different times), the protagonist’s melancholy longing for a beauty, romance and happy endings makes a whole story deeper than just a farce.

Published in 1928, it was also made into a vastly popular movie in 1983 and firmly set in the hearts of readers. A story of short Estonian summer with a dream-like white nights. 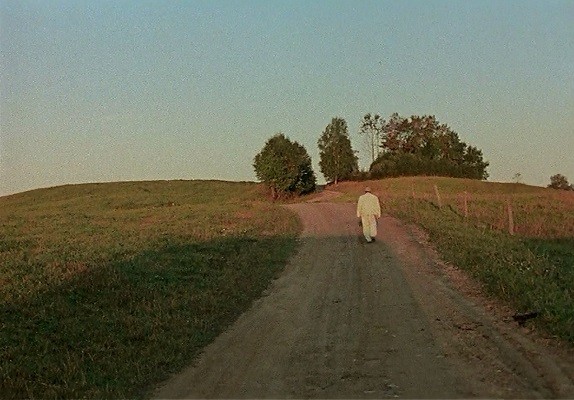 “I Loved a German”, by A.H. Tammsaare

It has been a good year for classic literature translations, including two translations from A.H. Tammsaare, one of the best-know Estonian authors. “I Loved a German” is one of his latest  works. Estonian own star-crossed lovers, Oskar is an Estonian university student while Erika is a descendant of a once-noble Baltic-German family.

In the newly independent Estonia, people talk about moving forward and leaving the dark past behind. However, it’s not easy to look past the habits formed due to centuries of oppression and prejudice. Going beyond the external obstacles, Tammsaare looked into the human mind. Oskar, a descendant of the people who used to work on the estates of Baltic-Germans, starts doubting the source of his own love. Is Erica a prize to be had in this new world, desired for the past, or does he love her for who she is as a person?

Published in 1935, it has been adapted for theatre as well as movies. The story was written in a diary format and is praised for its psychological realism and considered to give a unique perspective into Baltic-German society at the time. 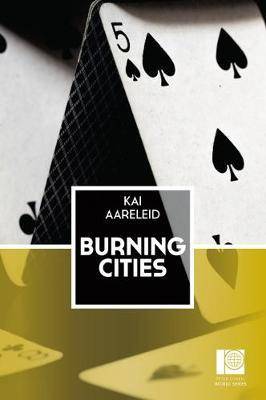 Two decades of family history, told from the retrospect of a now-grownup Tiina. After the Second World War, her home town of Tartu, that was destroyed by Nazi invasion, is rebuilt and re-mapped by Soviets. The grownup word is one of distrust, suspicion, worries and heavy drinking. Tiina, in the middle of it all, hears whispers and things grownups say and don’t say and knows many secrets, even if she doesn’t know what she knows.

The times are complicated. In addition to a political instability, there are shortage of food and living space and a surplus of mistrust and hostility. While historic background has its role to play, the story is a child’s perspective and the retrospect storytelling makes it into a melancholy coming-of-age-story.

Translated for the first time into English, “Burning Cities” is an intimate portrayal of life under the Soviet occupation and an absorbing family drama. 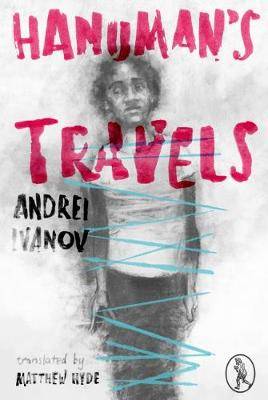 A story about the daily lives of two asylum-seekers at a Danish refugee camp and on the road in the late 1990s. The two companions in misfortune, a Russian-Estonian and an Indian, wait to go the promised land, the Danish island of Lolland. Meanwhile, they have to survive among scams, humiliations, lies and big and small disgraces.

“Hanuman’s Travels” was shortlisted for the Russian Booker Prize in 2010, translated into German and French and put on the German stage. It is a picaresque tale of hopes and fears in a setting where thousands of people’s dreams and plans intertwine. Ivanov was inspired to write this novel by his own vicissitudes as a stateless person living in Denmark. Their struggle at times engenders dismissiveness and even intolerance, but also humanity, courage and the wisdom born of experience and resignation. 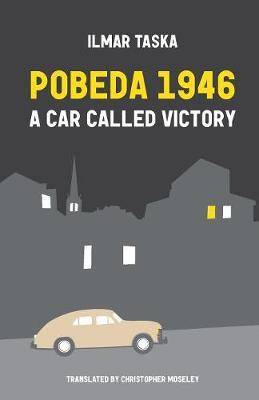 In Tallinn, in 1946, a young boy is transfixed by the beauty of a luxurious cream-coloured car gliding down the street. It is the Soviet Pobeda, a car called Victory. The sympathetic driver invites the boy for a ride and enquires about his family. Soon after the incident, the boy’s father disappears.

Ilmar Taska’s debut novel captures the distrust and fear among Estonians living under the Soviet occupation after the Second World War during Joseph Stalin’s reign.

A world seen through the eyes of a young boy shows a society where it is difficult to know who is right and who is wrong. People disappearing, informants and the tortured living under the same fears themselves.

“Pobeda 1946: The Car Called Victory” is Ilmar Taska first novel, and it’s based on a prize-winning short story from 2014.

Cover: A screenshot from “Nipernaadi” (1983), the movie based on the novel of the same name by August Gailit.