Learning the basics of the Estonian language is not considered easy for speakers of Indo-European languages, but a free, online course is offering an easy start and has already attracted thousands of sign-ups. 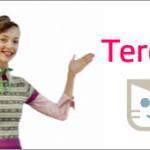 Keeleklikk, which translates to “Language Click,” incorporates work by professional actors and writers, and uses animation and short film clips to make the learning experience engaging.

Designed to bring learners up to an elementary level of proficiency, or A2 level, Keeleklikk not only lets users work at their own  pace, it also gives them the option to have one-on-one contact with a teacher who can correct homework assignments and return them by e-mail.

While its English-based version was just launched, its Russian-based version was launched in 2012 and currently has 12,000 active users, according to a press release from the Ministry of Education. The goal behind Russian version of Keeleklikk was to help Estonian Russian-speaking minority to advance better in Estonian society. Lack of knowledge of the Estonian language is one of the main factors hindering job searches: among the registered unemployed in Estonia, nearly a quarter do not speak the language at the required level.

Keeleklikk is paid for by the European Social Fund and the Ministry of Education and Research.