The 20th century was turbulent for Estonia in many fields, architecture being no exception. Many of the buildings that popped up during this period were influenced by the economic and political considerations of Soviet policy or simply by the over-riding aim of replacing war damaged buildings quickly and cheaply. Consequently the country didn’t enjoy a reputation for architectural excellence beyond Tallinn’s old town. 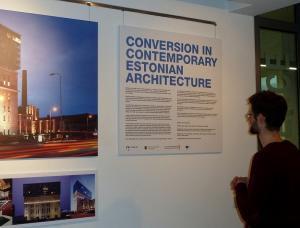 Since the year 2000, however, not only have many new structures risen to adorn the skyline of Tallinn and other Estonian towns, but some of these old relics have been converted and given a new lease of life. It is the latter that inspired the photo exhibition “Conversion in Contemporary Estonian Architecture”, which displays some of the most notable conversions to date.

One of the most recent examples is the new University of Tartu’s Narva College building, which stands next to the Narva Town Hall, one of the few buildings not destroyed during World War Two. The new college building replicates the frontage of the now-destroyed Narva Stock Exchange on whose site it now stands.

The photo exhibition is running at 12 Star Gallery, located within Europe House, the representative office of the European Commission to the UK. The purpose of the gallery is to showcase the creative and cultural diversity that is the hallmark of the European Union and it is made available to all member states on a rotating basis.

The exhibition opened on 15 October with a reception attended by EU functionaries, members of the Estonian Embassy in London and the wider London Estonian community.

“Conversion in Contemporary Estonian Architecture” runs until 25 October, Monday-Friday 10:00-18:00. Europe House is to be found at 32 Smith Square, Westminster, London, SW1P 3EU and the nearest underground station is Westminster. 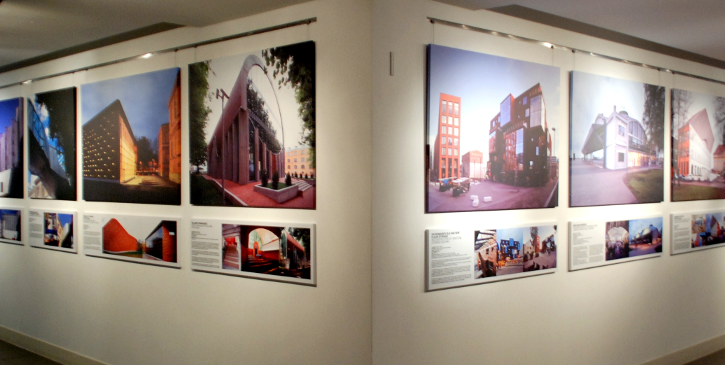 Cover photo: University of Tartu Narva College, one of the buildings featured in the exhibition.