Edith Soosaar interviews a young Estonian author, Ene Sepp, at the Hay Literature Festival in the UK, an event that the former US president, Bill Clinton, once called “The Woodstock of the mind”.

Ene Sepp is an Estonian author who writes young adult fiction. She started writing her first book at the age of 14. By now, she has six published novels that have been warmly received by writers as well as critics.

You were invited to speak at the Hay Literature Festival in the UK this year. Could you tell us a bit more about it?

The Hay Literature Festival is considered to be the biggest literature festival in the UK. It takes place in a tiny village Hay-on-Wye, positioned between England and Wales. The Hay-on-Wye is called the book capital of the UK just because of how many bookstores you have there.

The Hay Festival is sometimes referred to as the Woodstock of the Mind and Spirit and it’s really popular and well known. This year’s famous quests included, for example, Margaret Atwood and Benedict Cumberbatch, so really big names.

How did you get invited to speak there? Did you know the organisers or met them somewhere before?

It was quite a surprise for myself as most of my meetings with readers are in libraries and schools. Moreover, my books have not been translated into any other languages yet. Usually, you don’t end up at festivals in those cases. 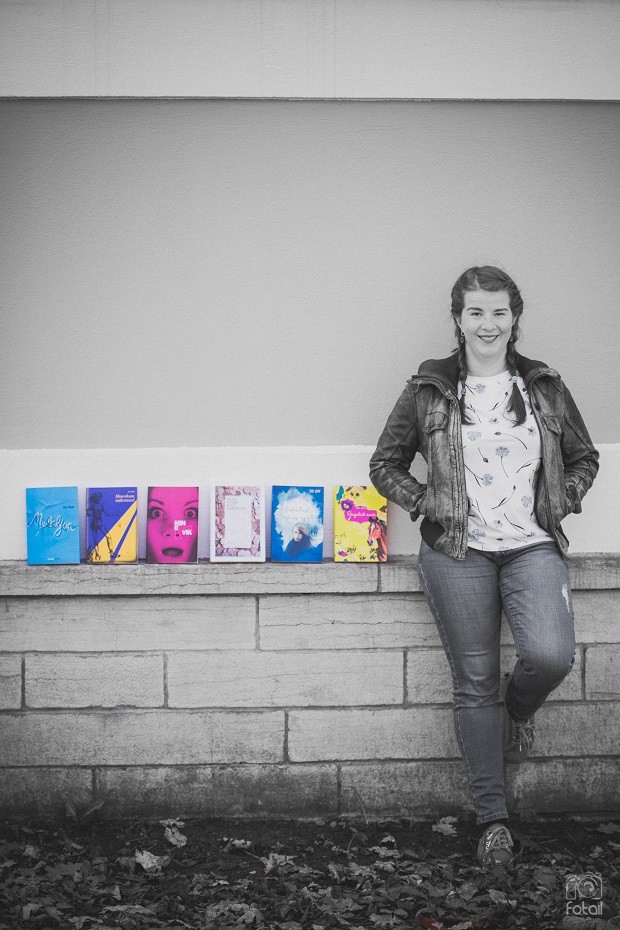 However, Estonia, Latvia and Lithuania were honorary guests at the London Book Fair this spring. One of the organisers from the Hay Festival started to chat with a person at the Estonian desk and as it turns out, they were missing a person from the young adult panel. Somehow my books were recommended as a good fit.

It must have helped that my book was selected for the 2017 children’s literature catalogue that was presented in London. I myself wasn’t even there, but due to the Baltic countries being the theme, the Estonian booth got more attention.

Was this your first literature festival?

Almost. I had visited the Estonian literature festival, Head Read, but only single events. Hay was the first festival where I stayed for several days in the row and participated fully. It was more concentrated, a lot more information and different events.

What are your first impressions of the festival?

The festival area was put together from different tents and areas that created rooms. Everything was covered, as in the UK, it can rain a lot of time, so it was quite nice that you didn’t have to worry about getting wet. Even the walking areas were covered. Definitely a nice addition. 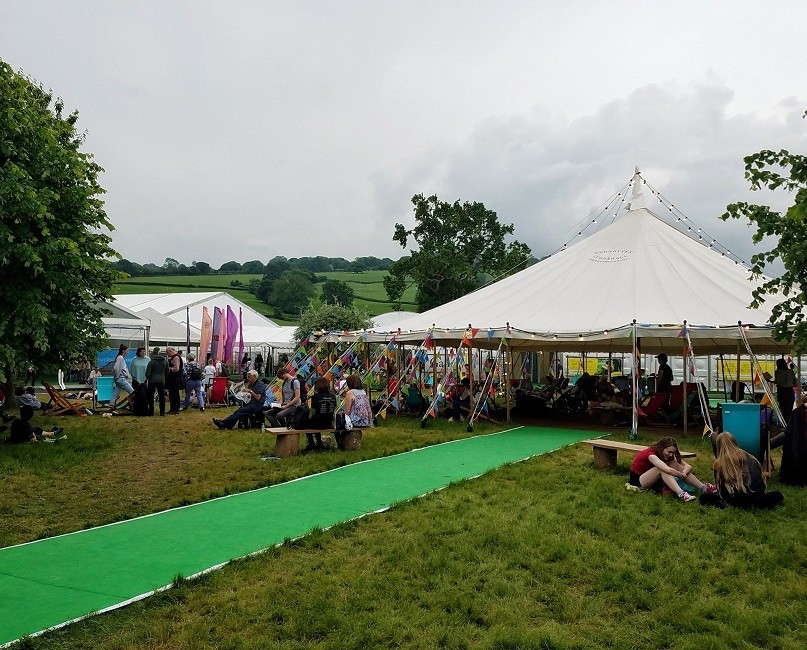 You were invited to speak in the panel session.

The panel idea was to discuss if and how the books written for young adult readers are different in different countries. Participants besides me were from Latvia, France and the UK. There was supposed to be an author from Zimbabwe but, due to a delay in the visa process, she didn’t get to travel to the festival.

The whole discussion was nice and friendly. I was quite nervous about how I will speak and what will happen to my English. Although I have lived abroad quite a few years, speaking in front of an audience is quite horrible. I was introduced to other participants before in the writers’ lounge so we had time to chat and get to know each other. Eventually, when sitting on the stage, it just felt like we were a group of friends in the brightly lit room, chatting over books. There were bright lights so I barely saw the audience, that helped.

What is your takeaway from the panel? Do you feel you got the new information?

With young adult writing, an author has to follow a really fine line and avoid becoming patronising. It’s always a temptation to try to hide teachings in your writing. What happens, however, is that nobody really wants to read that. It’s a fine a balance of what to write and how to write.

Also, readers in different countries are still looking more or less for similar things. A book written by a Brazilian can still interest a reader in Poland, for example. Young people’s lives, problems and interests have a lot in common despite the cultural differences. Another thing all participants agreed on was that more books should be translated, and not just from English but also vice versa, from smaller languages. 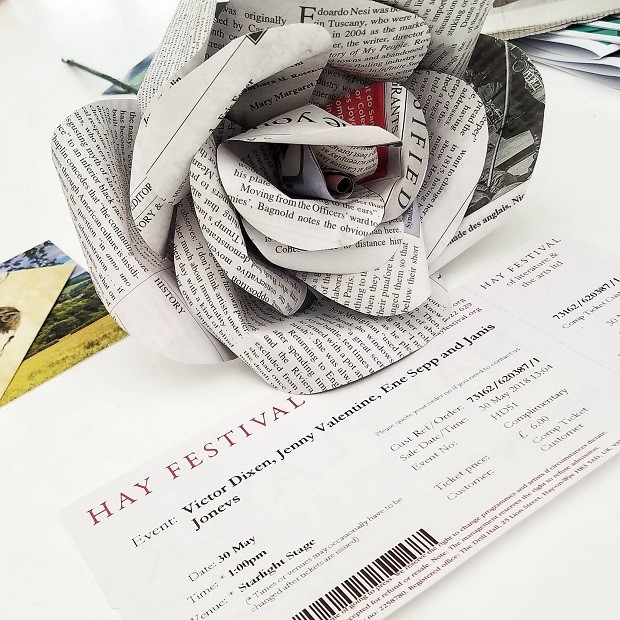 The countries that participated in the panel were all from the Western culture space. Do you feel that international conclusions drawn from this panel are still valid? Do you think that young adult readers from India or Africa would enjoy your books?

I have a feeling that quite a lot of them would enjoy them, but some would probably hate them as well. The British children’s novelist, Jenny Valentine, who has been to Hay for many years, travelled around the world with the festival last year. They stayed in Mexico, Peru, Columbia and elsewhere. She got a lot of experiences that she brought to the panel. So, in some ways, at least South America was represented. Of course, it would have been nice to have actual writers from there but Jenny did a good job.

Did you get any interesting questions from the audience?

I tried to write things down when I got off the stage but my memory was playing tricks. I only remembered a good feeling and how nice it was, but the specific details are gone. I was just so nervous that I couldn’t remember. 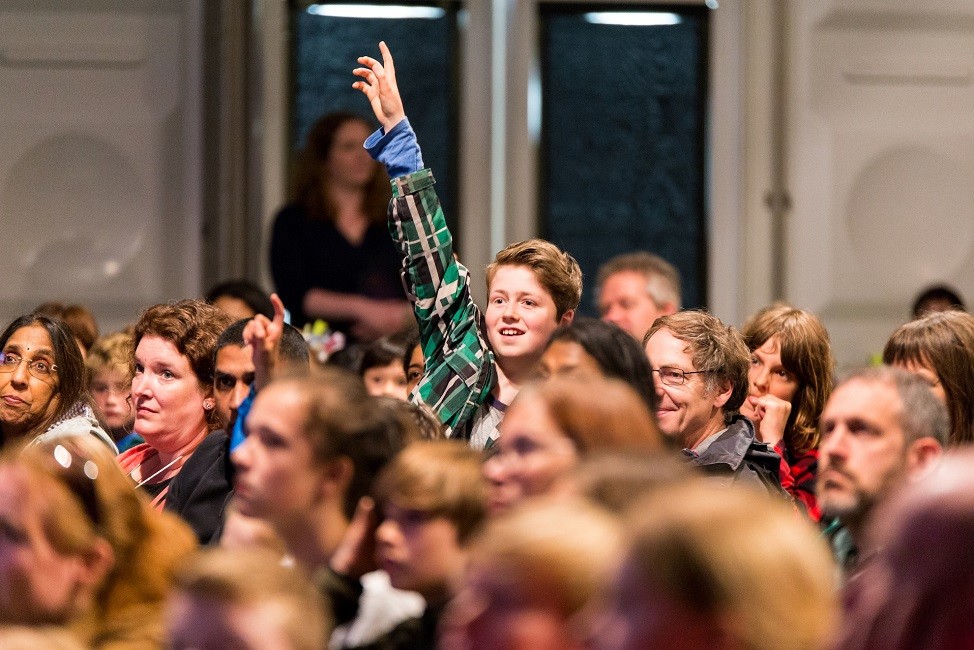 Do you feel that the Hay festival can give a young writer a good networking opportunity? How did you do?

I wish I would have been in the writers’ lounge more. That’s the area designated for the festival speakers. Hanging out there was a really nice way to meet other writers. I’m a shy person, especially when I need to talk about something that is really important to me – like writing. In the writers’ lounge it was easier. Unfortunately, I misunderstood and thought I can only access it for the same day my panel took place. Later I found out I could have been there also on other days. This is the one thing I will know better next time.

Do you feel the event was a success for you?

It was a huge success for me personally. It’s difficult when you haven’t done a lot of networking before. You go to such a big event for the first time and simply have to do it. It’s a huge learning curve. The Estonian mindset is being humble and not to praise yourself or others. Do what you do but never say anything good about it. It has taken me years to start doing any self-promotion or even start telling people I am a writer. Because I had this idea in my mind that I need to be humble and can’t praise myself. To be successful in book promoting, you need to do the complete opposite. So it was a great experience for me to practice self-promoting and learn to talk about my work.

Will you go to Hay again next year?

It’s hard to predict. This year I was invited because of the good fit for the panel. It’s possible that as an author I might not get an invited again. But if I’m going to be in Europe at that time, I would love to go again as a visitor. Listening to other authors and speakers on different topics was really interesting. I got a lot of new ideas as a person and as a writer.