Edith Soosaar ventured out to collect the information about the Estonian children’s books translated into English from the last few years and where to find them for mail-order abroad.

If you have tried to find an Estonian children’s book translated into English that would be available to mail order abroad, it turns out to be less than trivial. Translations of Estonian children’s books are a rare occasion well worth celebrating. While over the last decade approximately one book per year has been translated into English by Estonian publishers and publishing houses abroad, many are sold out while others are only available directly from the authors or publishing house.

“Everyone’s the Smartest” by Contra and Ülle Saar 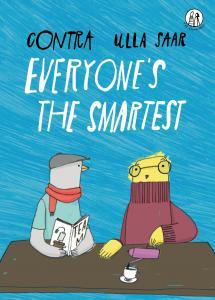 The latest (2018) addition to English translations of Estonian children’s books is a poetry collection. It comes with six pages of supplementary materials, giving young readers prompts and tips on how to write their own poems. Originally published in 2014 under the title “Kõik on kõige targemad”, it has won the Estonian Literature Annual Award for Children’s Literature.

Illustrations by Ulla Saar, translated by Kätlin Kaldmaa, with the assistance of Charlotte Geater and Richard O’Brien.

Available from Book Depository (yes, this is a big scary affiliate link, but we love to recommend them as they have books and ship worldwide for free). 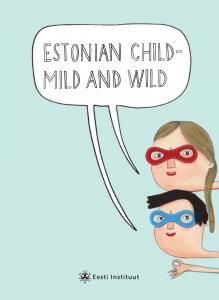 The book is talking about what it’s like to grow up as a child in Estonia through the eyes of Uku and Leelo, friends and the main characters of the story. Together they play the discovery game and explore what is the life of Estonian kids like. Step by step and level by level they discover different childhood milestones, starting from birth and being named – all the way to participating in the song and dance celebration.

Among other topics, kids find out about kindergarten, ukaka, biscuit cake, nature trip, kama, kaerajaan and the national holiday traditions. Going through the levels will help the reader get an idea what it’s like to be a kid living in Estonia. The book contains colouring pages, jokes, comics, a recipe to make a biscuit cake and room for notes.

Illustrations and design by Ulla Saar and translation by Livia Ulman.

Available from the Rahva Raamat online shop directly from Estonia. 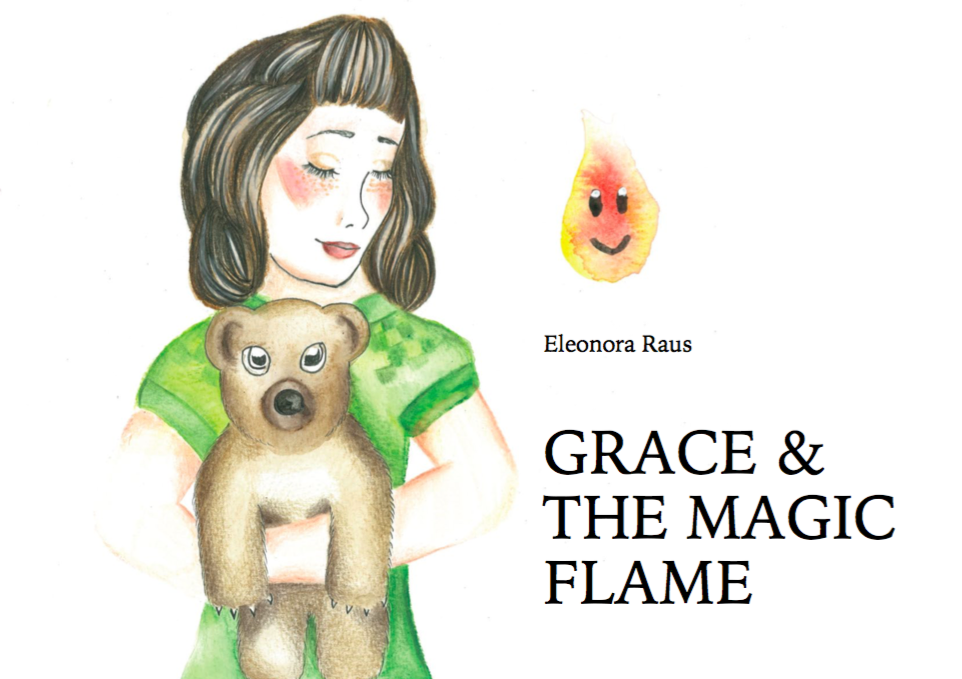 “Grace & the Magic Flame” is a book for six to eight-year-olds, and it was written, illustrated and published in 2016. The story is about a character, Grace, who learns about the important value of gratitude by accidentally getting lost in the woods and meeting a magical fire flame. The flame guides her way out of the forest, and along the way, they meet various creatures, all of whom are grateful for different things in their life.

The author has made her own illustrations. For now, the book can be ordered directly from the author’s website. Always good to support the artist directly. Part of the profits goes to a nonprofit that fights against excessive deforestation of Estonian old-growth woodlands. 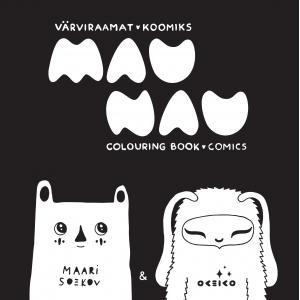 This is a colouring book-comic for all ages. The texts are parallel in English and Estonian, making it a fun and helpful addition for a person who learns Estonian.

MAU NAU tells a tale of a chance encounter, beginning of a friendship and the celebration of life. Through the hands of experience of filling in the colors in the comic, a reader gets to give the story a unique personal touch. The book includes pages with colourful stickers.