As the world becomes more globally connected – through a combination of travel, migration and basic awareness of the world – cultural education is stepping into the spotlight, and in Estonia, a new programme from the Estonian Institute, called Culture Step, is helping educate and connect foreigners to local traditions and cultural character.

According to the Integration Foundation, nearly 200 different nationalities are currently living in Estonia. The largest groups include Russians, Ukrainians, Belarusians, Finns and Latvians. The foundation has identified three elements that can help contribute to a successful integration process:

This third essential and often overlooked element is the focus of the new Culture Step programme. Coordinator Lea Kreinin of the Estonian Institute explains that, “Nobody has done it before, so we are the first ones.” Tallinn’s programme launched in September 2018 alongside a similar program in Tartu through the Estonian National Museum. Culture Step welcomes both newcomers to Estonian life and not-yet-integrated permanent residents. To reach this diverse group of people, the Culture Step programme runs in two languages – English and Russian.

Kreinin herself brings some personal expertise to the initiative – she had been living abroad for 17 years in multiple countries before returning to Estonia to run the programme. She started by imagining herself in the participants shoes. “If I were a foreigner living here in Estonia, what would I like to know, what would I like to see and what would be most interesting to me?”

When applications for the programme opened in the summer of 2018, interest was overwhelming. More than 100 people registered for the first English-language programme, plus a waiting list of participants ready to jump into the next available slots. 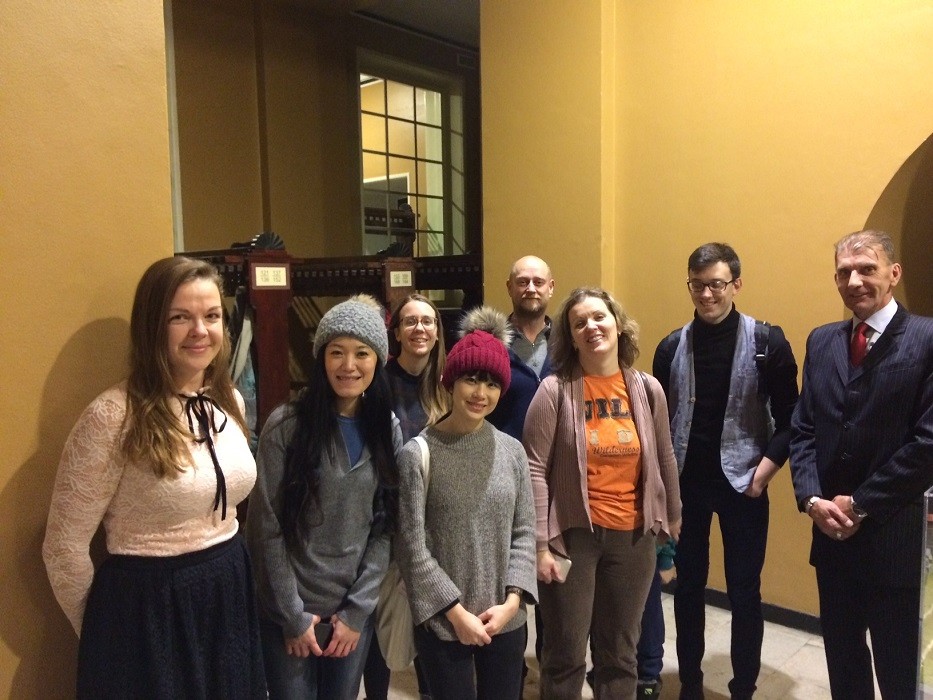 The many dimensions of culture

So what does this cultural integration programme look like in practice? “You have to show how Estonian people live,” Kreinin says, “what they do in their free time and what makes up Estonian culture in order to make people feel more at home and welcome here.”

This happens through a series of field trips and organised events, which are free for registered participants and funded by the Integration Foundation. The inaugural programme included events such as:

Culture Step participants use a “passport” to document their journey of cultural learning. They collect stamps for every event they attend and, after receiving 30 stamps, they receive a graduation certificate. Space then opens up for new participants to join the fun. The first class of Culture Step graduates completed the programme in December 2018. 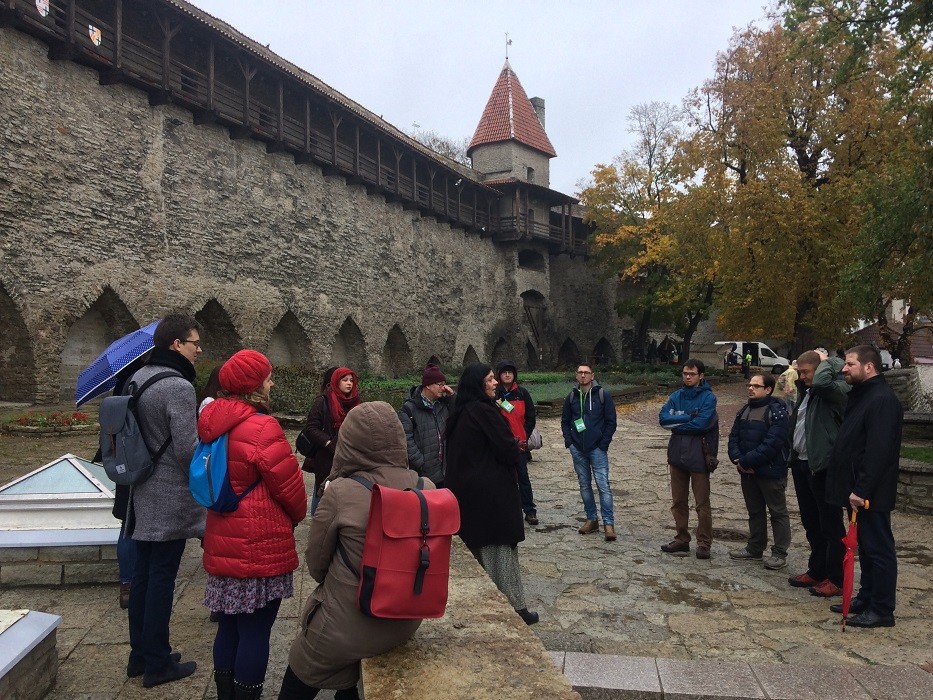 Graduate student WenYi Lee from Taiwan arrived in Tallinn just in time to join the first class of Culture Steppers. “When I first got here, I really wanted to learn more about Estonian culture,” she says. “This is really a great programme because it provides you with not only activities and opportunities to learn Estonian culture, but also to build up your social network. You’ll meet people from all different countries and get to meet some Estonian people.”

Afolake Adeoshun from Nigeria had been in Estonia for about seven months before joining. “I just wanted to explore and have the opportunity to know a few facts about Estonia.” She saw the programme as a great resource to discover cultural opportunities. “There are so many events going on around the country, including many organised for foreigners, but most people don’t benefit from them. I think this has been a wake-up call.” 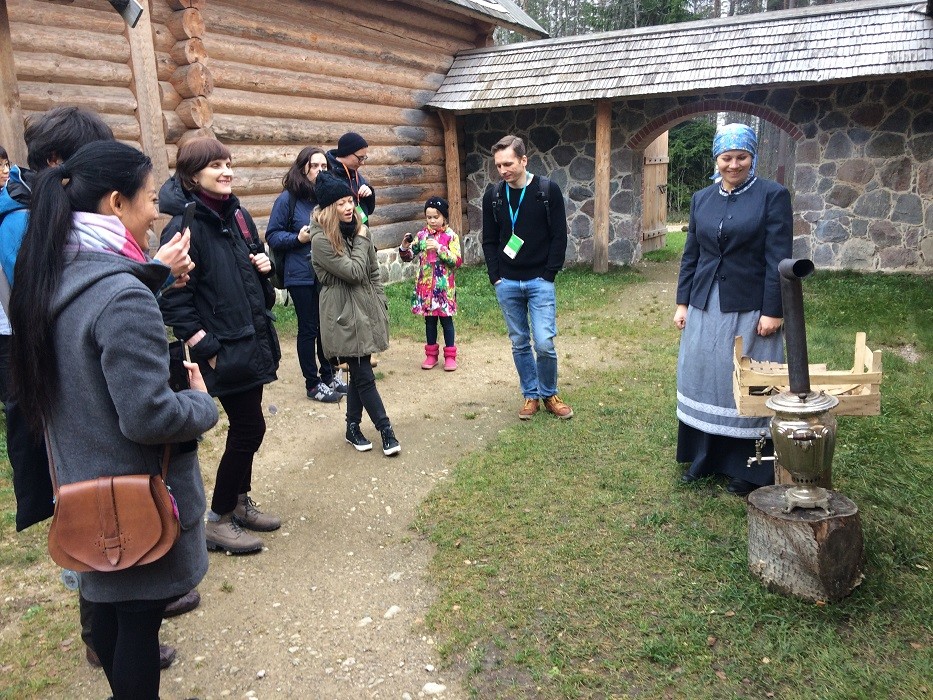 The Culture Step programme is currently funded through October 2019, with the next class starting its journey in the new year. The team at the Estonian Institute have been collecting feedback, looking for opportunities to improve the programme and reflecting on the overall experience.

“I think the enthusiasm was one of the biggest successes,” Kreinin notes. “At first, I was afraid that people from different cultures could be, maybe, difficult to reach but I didn’t feel anything like that. People really got on with each other, started chatting and making connections, and really grew together.” 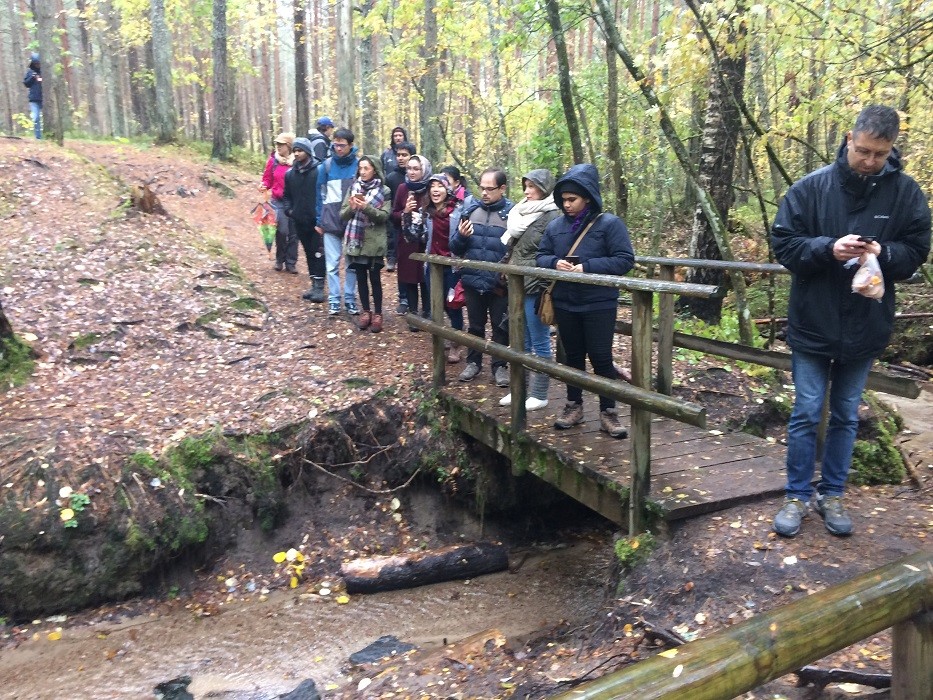 Of course, the initiative also faced a few struggles in its first round. Some participants expressed a desire for more contact with Estonians in addition to their fellow participants.  Culture Step welcomes Estonian volunteers to join the events and is open to additional volunteers in 2019.

The team is also learning to balance expectations of the number of people who register for events versus those who turn up. As a participant, Adeoshun has some words of wisdom for the next class. “Although it looks free, it’s serious business. You need to know why you’re in it, but It’s worth it.” 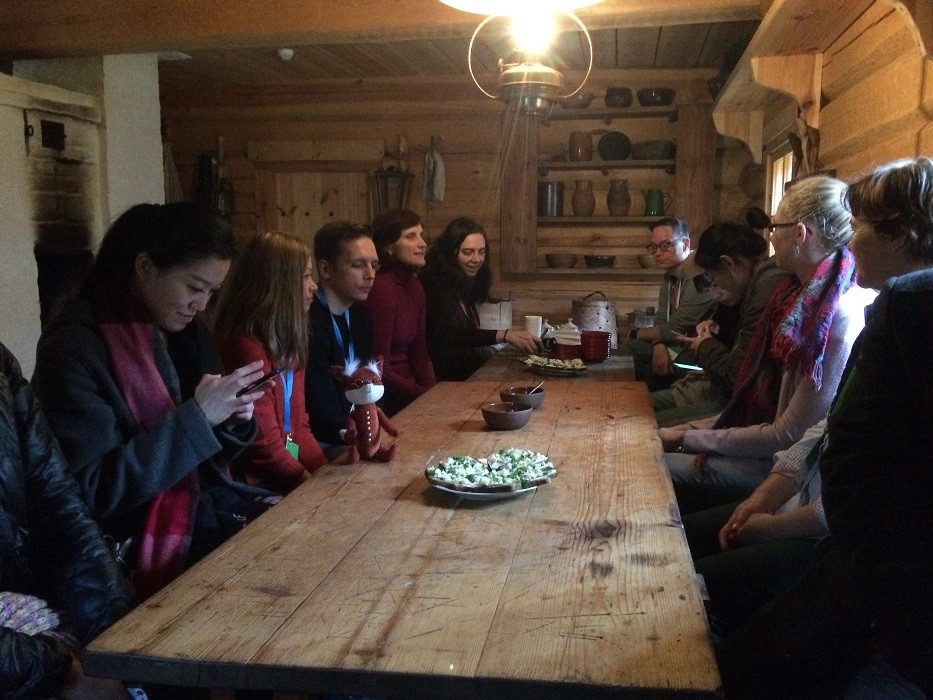 That sentiment was echoed by others, including one note that stuck with Kreinin. “Somebody wrote on their feedback form ‘Don’t be very sad if people don’t turn up. You’re still doing a good thing. Just carry on.’” With enthusiastic alumni spreading the word and a waiting list of interested participants, Culture Step hopes to do just that in the years to come.

Cover: The participants hiking through the Pääsküla Bog.

Auburn Scallon is a Seattle-born travel writer and adult educator. She has enjoyed discovering Estonian life through the International Master in Adult Education for Social Change (IMAESC) programme at Tallinn University. She is a graduate of the Culture Step programme and also worked with the Culture.ee blog to explore Estonia’s cultural landscape.