The Gaudeamus international song and dance festival, passed down from generation to generation, will return to Tartu after a 12 years’ gap.

On 22-24 June, the biggest university students’ song and dance festival in the Baltic countries, Gaudeamus, will take place in Estonia’s second largest town, Tartu. More than 4,000 performers from Estonia, Latvia and Lithuania will perform at the festival that was founded by the Estonian composer and conductor, Richard Ritsing, in 1956.

After a 12-year gap, the festival is back in Tartu, now organised by the founder’s son, Alo Ritsing, a choirmaster. The event will combine choral music and dance into a spectacular performance, with the Estonian Midsummer’s tradition as the central artistic idea.

The festival will start with a procession and a free opening ceremony along the banks of Tartu’s River Emajõgi, followed by the dance performance, “The Mystery of Midsummer Eve” and the concert and song festival, “The Songs of Midsummer”. 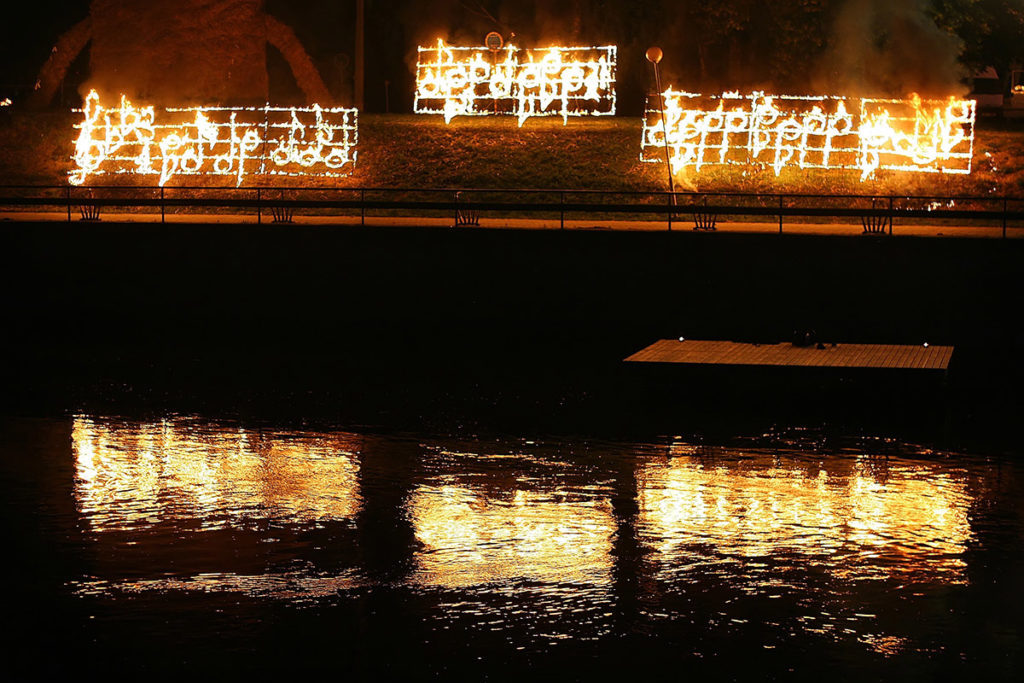 A profession and festival passed from father to son

The idea to organise a celebration with the best in Baltic choral music was already circulating in the 1920s – when Estonia first enjoyed independent statehood – but ironically, the first Gaudeamus festival wasn’t held until after the war when Estonia was already occupied by the Soviet Union. However, it could only happen after the death of Stalin, the bloody Soviet dictator.

At the initiative of maestro Richard Ritsing, choirs from Estonia, Latvia and Lithuania came together in Tartu’s Tammeorg for the first time for the big celebration in 1956. 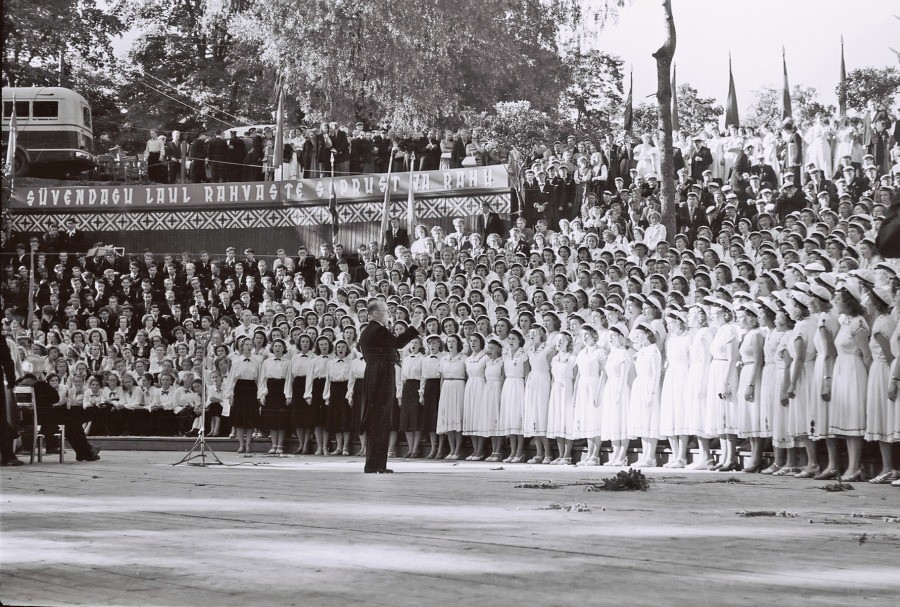 To this day, Gaudeamus is alternately held in the three Baltic states, and generally every four years. The last time it was held in Estonia in 2006, the festivities attracted about 30,000 spectators.

Alo Ritsing affirms that Gaudeamus is not like a regular song and dance festival, because it is constantly looking for something new. “It is not just about singing, playing instruments and dancing. Gaudeamus is not an academic concert either,” he says. “At the festival, there have always been exciting elements and innovation – and it has at times even been playful or mischievous. Gaudeamus is different than other regular Estonian choral type celebrations.”

He recalls that the first Gaudeamus was very special because all three Baltic states were still behind the Iron Curtain. “During the festival, it felt like it was a family reunion – even though most people had never met. Of course, the Estonian, Latvian and Lithuanian people are not related, but it enriches us culturally to learn from each other,” he says. 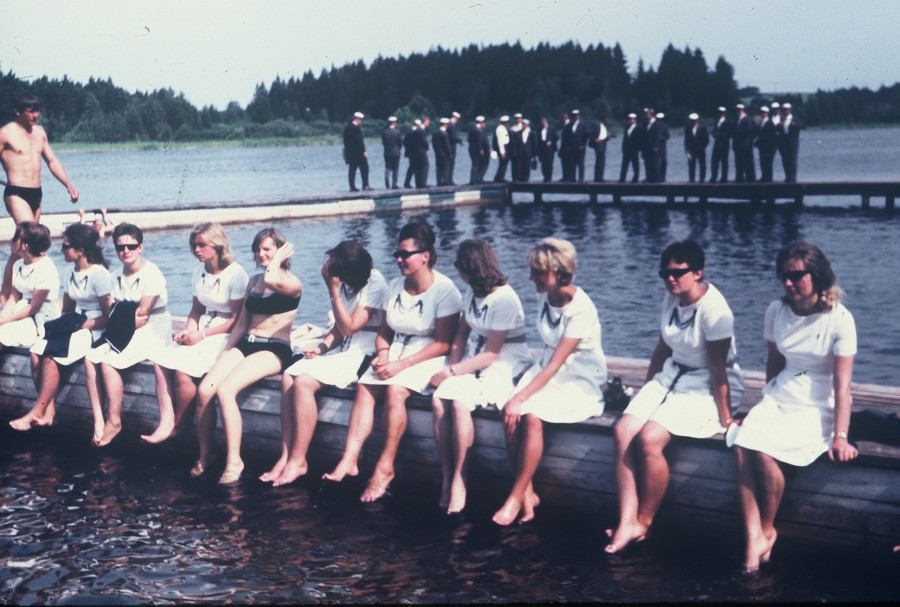 Ritsing also remembers the celebrations, where political moods and tensions were very strong. “People were so used to Soviet symbolism that eventually they didn’t even notice it – or if they did, they just sarcastically joked about these symbols,” he notes. “For example, at the 1971 celebration in Riga (the capital of Latvia – editor) and Ogre (a town in Latvia), everyone at the festival was given pins with the image of Lenin and Ogre’s name underneath. Some wisecracked that the word ‘ogre’ means a monster or a scary person in English. The rumour spread like wildfire and soon enough all pins were quickly collected.”

A time of awakening and a choir of protest

The end of the 1980s was a breakthrough period. In 1988, the Estonians participating at the celebration in Vilnius (the Lithuanian capital – editor) were allowed to take the blue, black and white national flag with them, but everyone was warned ahead of time to not provoke or aggravate the southern neighbours in any way.

Even though it was customary during the occupation to perform mandatory Russian language pieces composed by the Soviet authors, at the 1988 Gaudeamus, a conductor who had come from Leningrad (the name of St Petersburg during the Soviet times – editor) was shocked – the choirs booed him off the stage.

“It was complete mutiny. The conductor tried three or four times, and the singers just didn’t follow his directions,” Ritsing describes the turbulent times. “In the end, the organisers succeeded in convincing the choirs not to boycott the performance, however, when it was time for the Russian song, only the Russians sang. Estonians, Latvians, and Lithuanians were silent for practically the entire performance.” 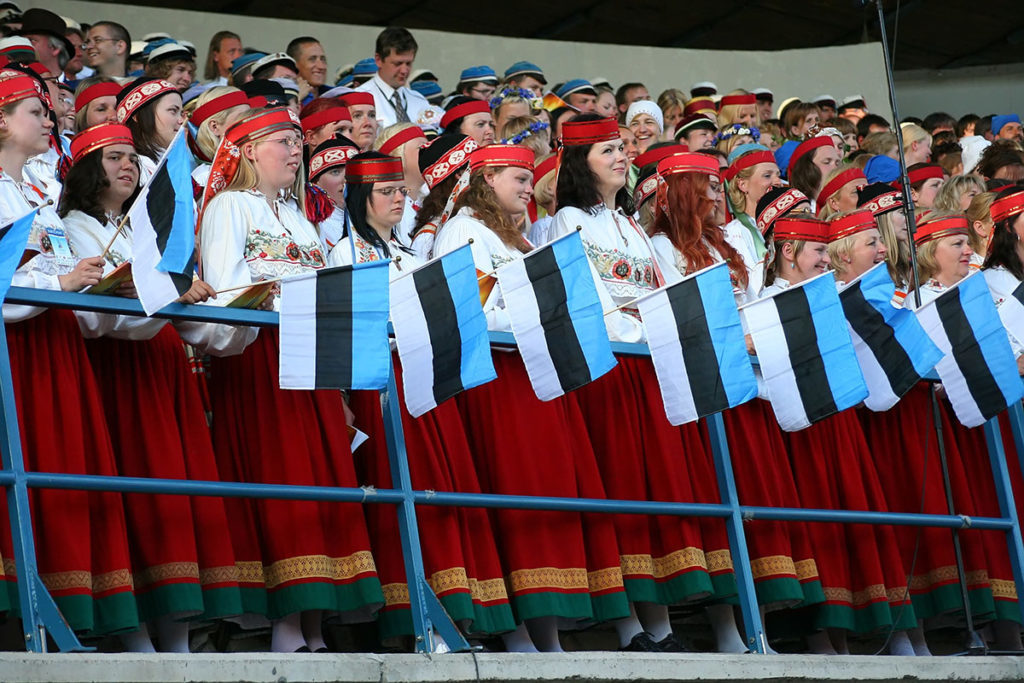 Do choral music and folk dance even have a place anymore?

Ritsing admits he sometimes contemplates whether there is still a need for a festival like Gaudeamus. “After all, borders are now open and cultural relations are possible. In the end, I always reach the conclusion that it is needed,” he states. “Students always offer something new and exciting. That is how music and dance will develop through time and keep abreast with the times. Also, the Lithuanian and Latvian cultures have so much to offer us that if there weren’t relations like these, we as a nation would be poorer for it.” 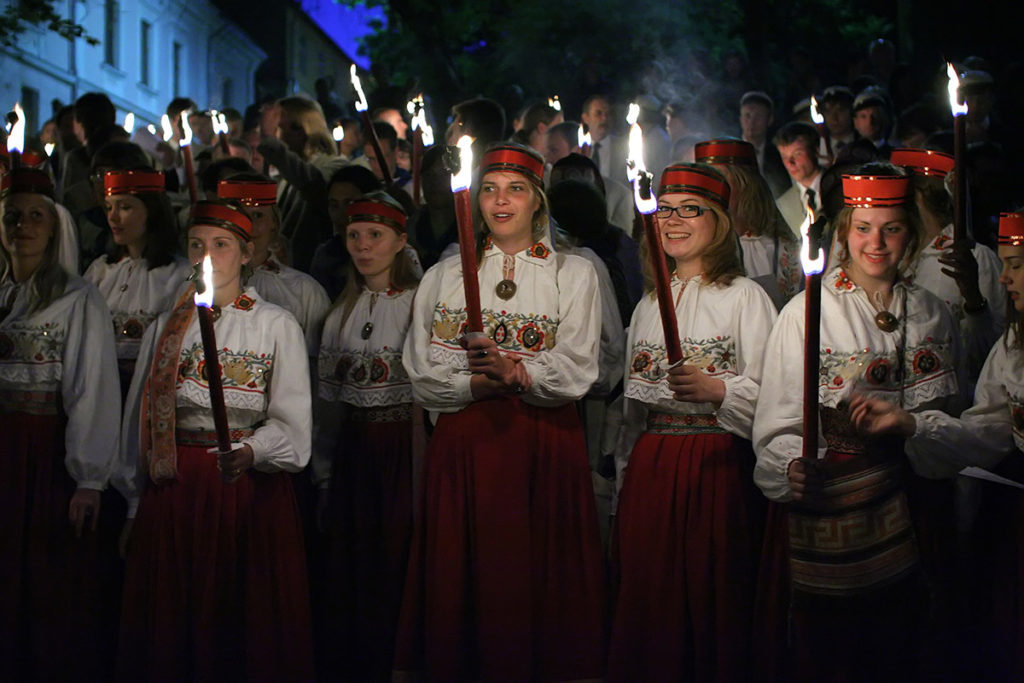 The event begins on 22 June at 9 pm with the fire-lighting ceremony attended by all 4,500 participating singers, dancers and musicians. After lighting the ceremonial bonfire, the performers – accompanied by 1,000 torches – and spectators will march to the arched bridge on the banks of River Emajõgi where “Carmina Burana”, a scenic cantata written by German composer Carl Orff, will be performed.

The performance of “Carmina Burana” will include a grand stage show, complete with dances, costumes, decorations, light, water and pyrotechnical effects. The opening event is free of charge. 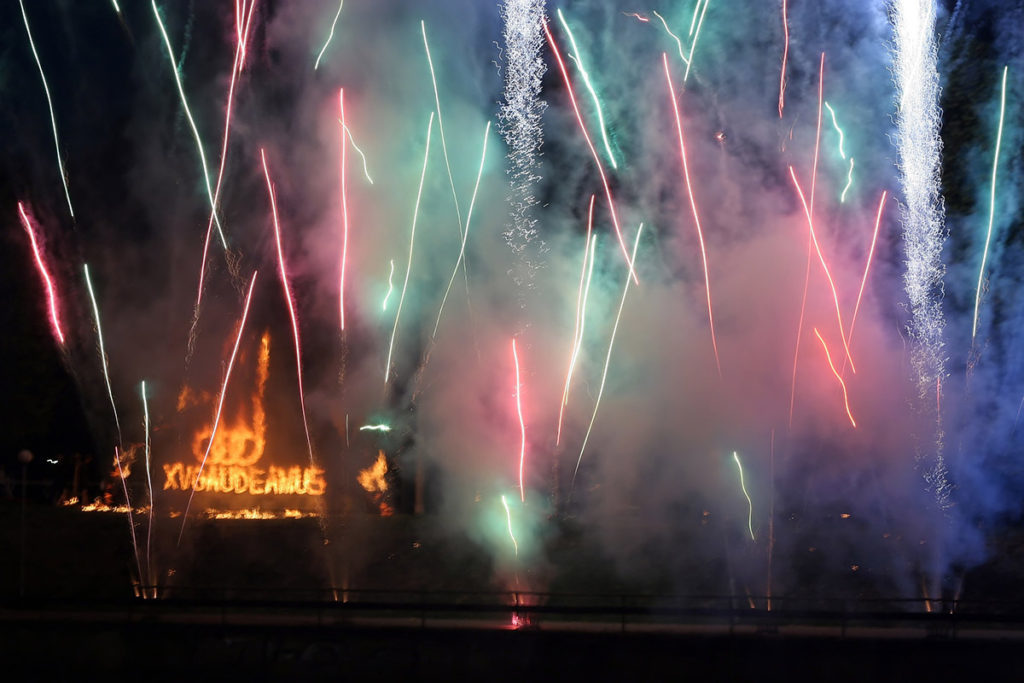 On 23 June at 10 pm, the nocturnal dance celebration, “The Mystery of Midsummer Eve”, will take place. Dancers from universities in Estonia, Latvia and Lithuania will take to a stage four times as large as an Olympic swimming pool. For the first time in the festival’s long history, folk dance will be combined with modern dance and lighting will be an integral part of the performance.

On 24 June at 3 pm, the thousands of participants from the three Baltic states will form a parade in front of the main building of the University of Tartu and walk to the Tartu Song Festival Grounds. This will be followed by the song festival, concert and performance, “The Songs of Midsummer”, at 4 pm.