In the depths of the Estonian winter, “The Midwinter Night’s Dream: Plan B”, a theatre festival in Tallinn, dissects racism, social injustice and religious fanaticism with a specially curated programme of four internationally renowned productions.

Can theatre be a vehicle for social change? As public discourse becomes more polarised in the face of global issues – political extremism, the refugee crisis, growing wealth inequality – theatre’s potential as an alternative forum of debate and social action is at the beating heart of the international theatre festival, “The Midwinter Night’s Dream: Plan B”, held in Tallinn, Estonia. 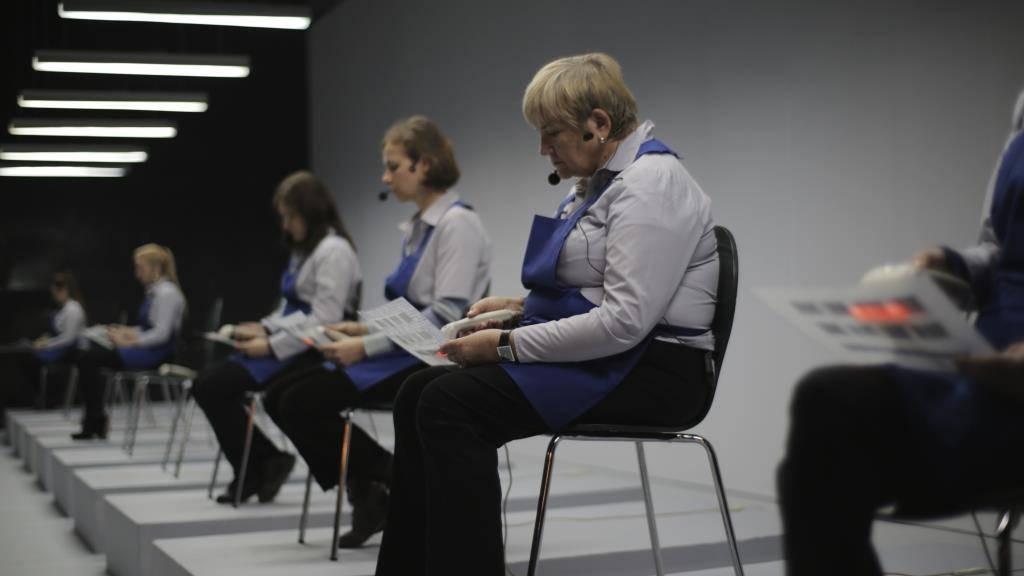 Now in its ninth edition, “The Midwinter Night’s Dream” festival was started in year 2000 by Tallinn City Theatre and has since then become one of the highlights of Estonia’s cultural calendar. This year’s festival presents the audience with four productions from South Africa, Latvia, Lithuania and Russia, alongside a comprehensive sub-programme. They all deal with socially daring subject matter and myriad perspectives, from a musical featuring supermarket cashiers to a re-imagining of the “human zoo” phenomenon popular in the 19th century where indigenous Africans would be put on display for European audiences to gaze at.

No room for comfort zones

Even as the winter rages outside, the festival purposefully offers little by way of emotional comforts or complacency. The productions all blend form and perspective in surprising ways: comedy and individual tragedy, historical relativism and post-colonial narratives, documentary approaches and classic dramaturgy.

The festival’s curator, Paavo Piik, suggests theatre inherently always requires the audience to abandon their comfort zone, compared with other art forms, such as cinema. 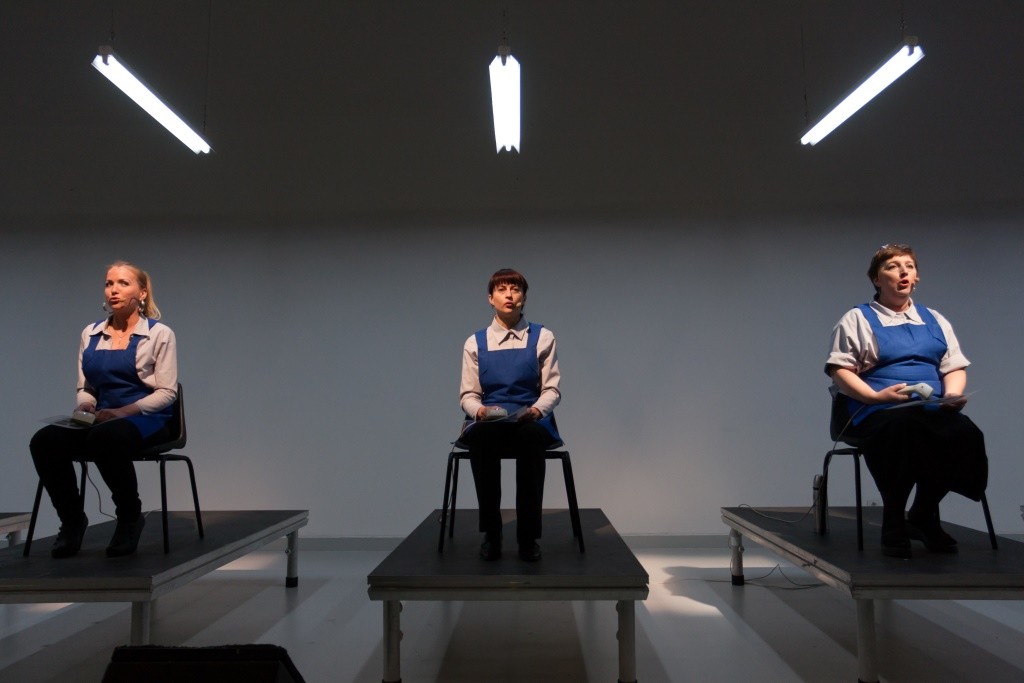 “Whether you want it or not, that damn actor on stage inhabits the same space as you, they meet you – encounters are after all one of the superpowers actors possess – they get in contact with you as a viewer. It is much harder to ignore them or turn them off like two-dimensional depictions on the silver screen. When I think about the performances at this year’s festival, then “The Midwinter Night’s Dream: Plan B” hits its stride by delivering encounters like that – getting you out of your comfort zone and forcing you to be free,” Piik says.

The performance that will travel the longest distance to Tallinn is undoubtedly Brett Bailey’s “Exhibit B”. Premiered in 2010, the South African production confronts the viewer with a challenging representation of the “human zoos” shown in Norway in the late nineteenth century. It leaves it to the viewer to determine whether humans have changed and bypassed racial discrimination in a hundred years. 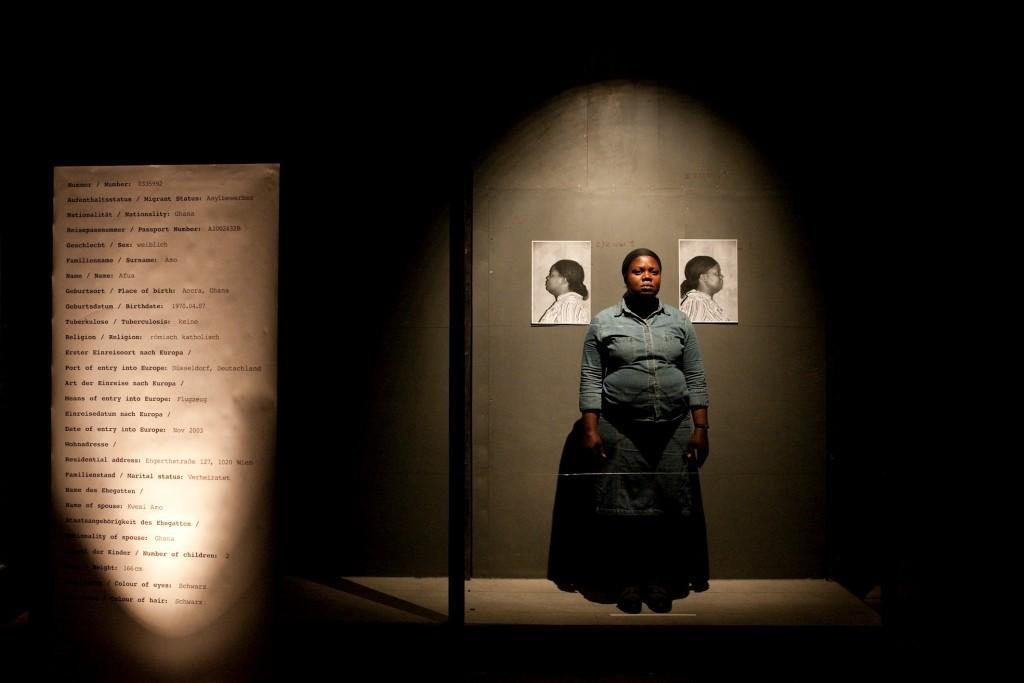 While critics, like Le Soir in Brussels, have called the production “terrible and magnificent” and a compulsory viewing for “all government ministers and scholars”, it has also been met with a great deal of controversy. In 2014, the Barbican, a major art centre in London, was forced to cancel the show following an extensive public protest on the opening night. A columnist on the Guardian called the piece “a prime example of ‘art’ that offends”, a charge that sets into question the very essence and utility of artistic representation, particularly when interrogating colonial histories.

This dilemma is at the forefront of Bailey’s imagination, as he writes in the Guardian: “But I work in a difficult and contested territory that is fraught with deep pain, anger and hatred. There are no clear paths through this territory, and it is littered with landmines. Does that mean that as an artist I should not enter?” 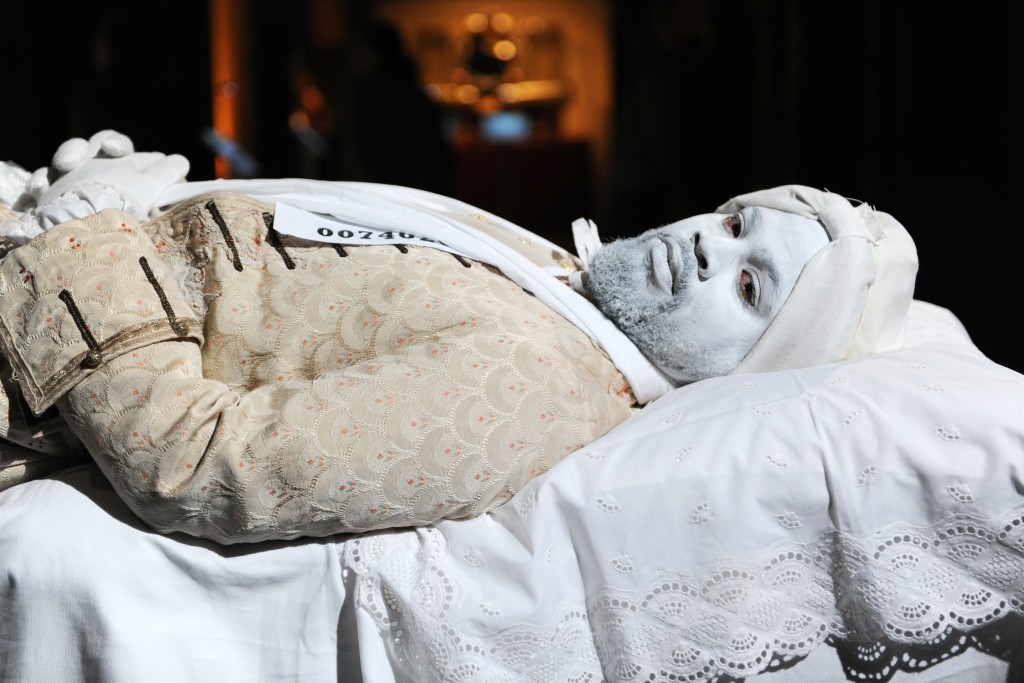 “Exhibit B” has toured around theatre festivals in Vienna, Austria; Avignon, France; Edinburgh, the UK; and Brussels, Belgium. In Tallinn, it will be shown at the former Tallinn Transport School building, where the 20-minute performances will run frequently between 5 and 10 December.  On 5 December, viewers will also have the chance to meet Bailey at the Tallinn City Theatre Friends Club.

Described by the New York Times as “clever, charming and quietly subversive”, “Have a Good Day!” is a musical performance from Lithuania where the main characters are cashiers at a supermarket. It finds warmth and insight in a world otherwise characterised by brief transactional encounters, although another review in the New Yorker notes that any such “humour is shattered by melancholy”.

According to composer Lina Lapelytė, the production “pays special attention to bringing together the documentary and the fictional, the relationship between realism and poetry, as well as theatre, music and representative art”. The production from 2011 has been shown with success in New York; Moscow; Munich, Germany; and Shanghai, China. The show is in Lithuanian, with the performance on 7 December with Estonian and Russian subtitles, and the one on 8 December with Estonian and English subtitles.

Kirill Serebrennikov’s production of “Martyr” (“(М)ученик”) may already be familiar to some viewers from his film of the same name which recently ran in Estonian cinemas and followed the runaway success of the theatre performance. In 2015, it was selected to be part of the main programme of Russia’s most prestigious theatre festival, the Golden Mask, and has also been shown in Germany, Poland and the UK. 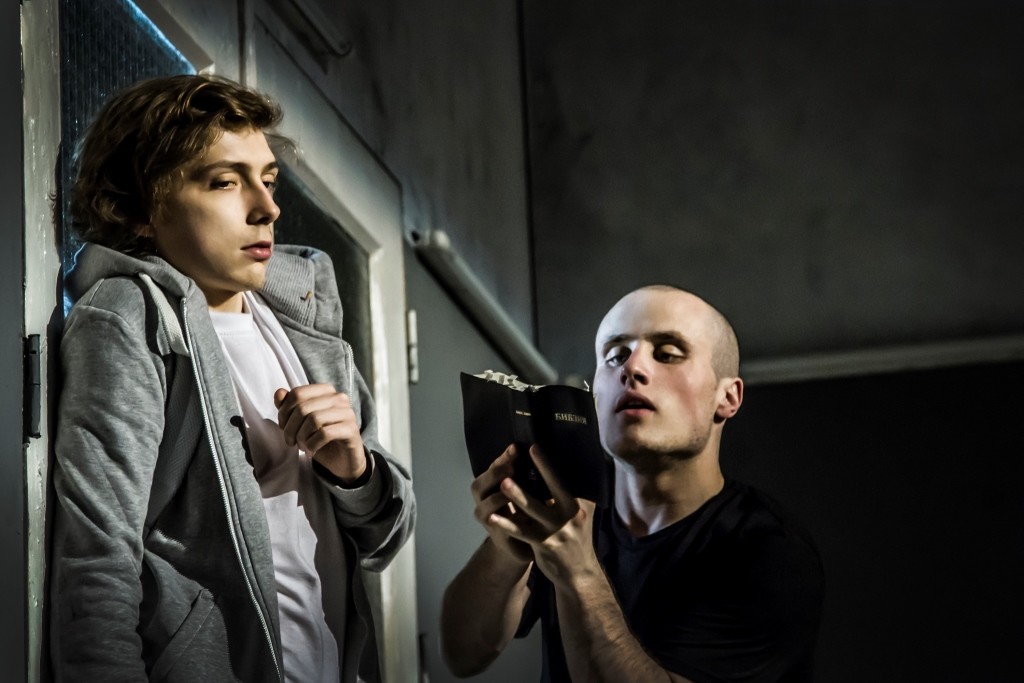 Based on a script by Marius von Mayenburg, the story pivots around an average teenage boy who turns into a religious fanatic. The production explores the reaction from peers and teachers and how seemingly innocuous situations, such as a physical education lesson, can spark the descent into extremism. Is there a recognisable moment when the victim becomes the bully? 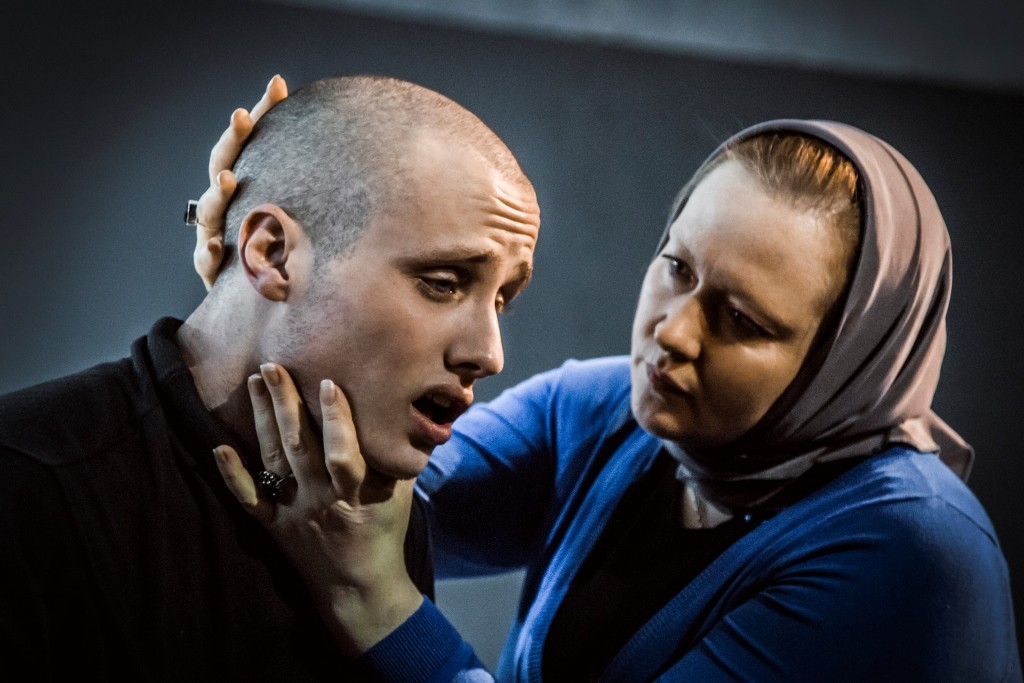 The production tackles this ambiguity with full force, causing the New Times to appraise Serebrennikov’s “theatre of open action” in the following words: “To drive out the demons Serebrennikov does not use a saucer with garlic but aspen stakes which he drives into the intended target with all his might, like a blacksmith does with his red-hot hammer…” In Russia, this has drawn criticism both by state authorities and the church.

The rough material of “National Development Plan” is pure politics. But what does it mean to give the future plans of the state a human measure? Written and performed by Jānis Balodis and directed by his brother-in-arms, Valters Sīlis, this one-man-show sees Balodis try to match his personal goals with Latvia’s national development plan for 2014-2020. 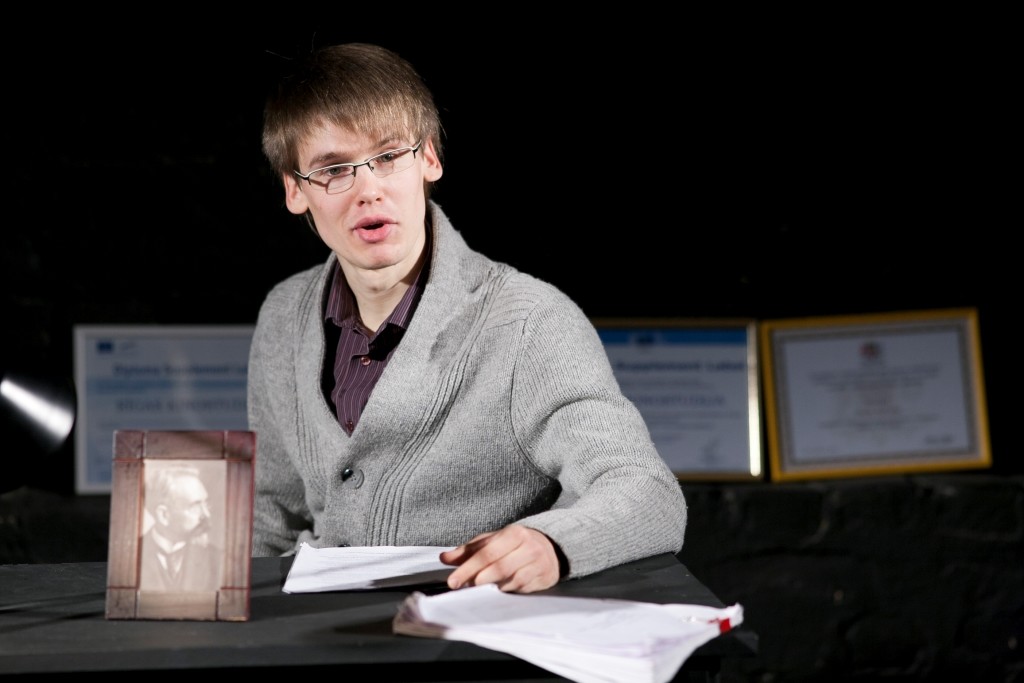 While taking the blend of the national and the individual to a ridiculous extreme may have a comic element, the duo from Riga’s alternative theatre Dirty Deal also serve to fill a widening gap in political debate. According to the New Theatre Institute of Latvia, “[t]he director uses the performance…to fill a gap in the mass media, which as a result of the crises of the past years, no longer engage in in-depth research”.

Alongside renowned international productions, “The Midwinter Night’s Dream: Plan B” also has a side-programme consisting of standout productions from Estonia. This includes “At Second Sight” (Teisest silmapilgust / Со второго взгляда), a bilingual performance in Estonian and Russian, and a one-off performance piece called “Three Average People” on 9 December, pulled together from curator Paavo Piik’s interviews with Estonian far-right groups.

To check the full programme and take part in question and answer sessions with the producers, follow the festival’s Facebook event. Cover image by Sofie Knijff.