Imagine yourself to be born into a small, peaceful but temperamental Italian town near romantic Venice. A place where people always find time to have a word with a neighbour or to enjoy sun and delicious espresso. Why would you trade this sunny place for the coldness of a Nordic country? This and everything else I had a chance to discuss with Nicola Piovesan, an Italian film director based in Tallinn.

Nicola is not just a film director, but maker. After graduating from architecture studies, he moved to Bologna, where he studied cinema at the faculty of literature and philosophy. But in common with most university studies, it was too theoretical – the history of cinema, film language etc. So he started to learn by himself how to use the camera for shooting and the computer for editing. As he says: “Filmmaking discovered me, not vice versa! My childhood dream was to become an illusionist and I think that I’m very close to it.”

Piovesan is also a citizen of the world. He travels a lot, so much so that it is very hard to spot him down – festivals are followed by movie shootings. Still, he has chosen to live in Tallinn.

It started with travelling to northern countries, especially Scandinavian ones. He was enchanted by the long ever-lit summer nights and beautiful, wild nature.

For him, the challenging northern country mentality was also like a fresh air. “I moved away from Italy exactly three years ago. I love my country, it’s wonderful, but the system is completely rotten.” he says. Estonia is not the first Nordic country he went to. He spent two years in Helsinki, Finland. He doesn’t have a clear explanation for reason to move to Estonia, but it concurred with several things; among others opportunity to teach at the Baltic Film School in 2013. “I simply like in here. Tallinn is lovely and ‘human-size’,” he says. 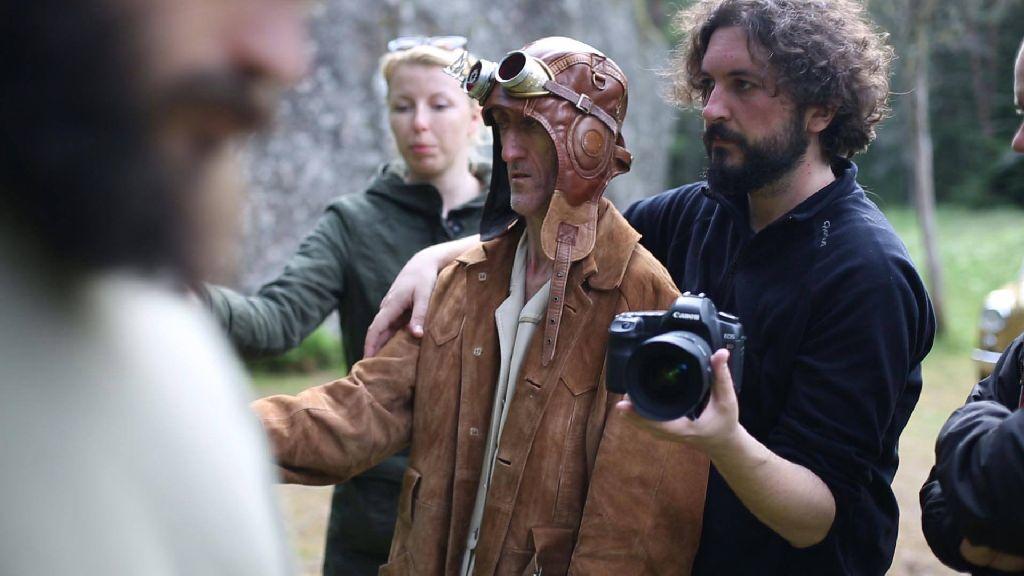 His first impression of Estonia was, and still is, of romantic in nature: “I was amazed by the landscape and light during the summer, and the endless twilight is very beautiful. I also loved the mixture of style – Russian and Estonian – the fact that in few kilometres you can see the skyscrapers of new Tallinn, a medieval old town, Soviet apartment blocks, small lovely wooden houses and so on, everything in a small piece of land.”

He admits that after living in Estonia a while, the hardest part is to deal with people. “I like the Nordic mentality, but sometimes it’s very hard to understand each other, especially contrasting it with the warm and passionate Italian character. Something that for me is obvious and natural, for Estonians can be strange or uncommon, and vice versa.”

Among other things, he mentions differences in teaching at school. In Italy, the students are asking questions and are active in discussions, but in Estonia it’s apparently very hard to get students to ask questions. The differences in the temperament can cause a lot of misunderstandings. “But after all, I think that cultural differences are something that broaden one’s horizons, so I’m happy to be here.” 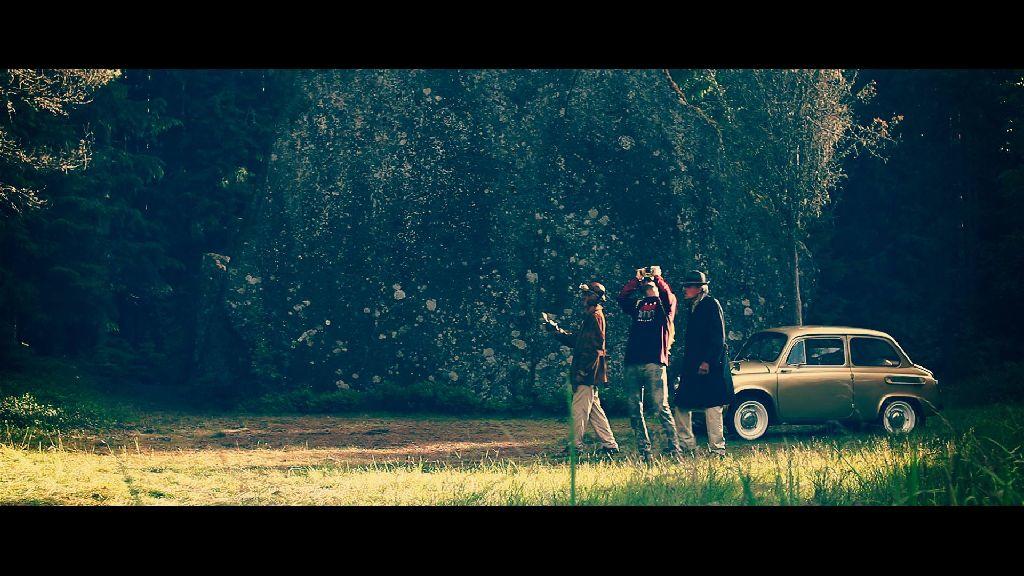 In the late 1970s, one of the greatest Russian movie directors, Andrei Tarkovsky, filmed “Stalker” in Estonia and as Piovesan admires his movies, he also understands why. “I think Estonia is a creative place. Especially, it is for this mixture of styles between the past, the present and the future that makes Estonia a very interesting country where to find nice locations to film.” He also adds it is very easy to find creative people to share opinions with.

Piovesan admits that he has not seen many Estonian movies. “In Italy, it is almost impossible to find Estonian movies. At the moment, my favourite one is ‘Risttuules’ (In The Crosswind) – I really like it, especially from the technical side.”

For some time, Piovesan has been busy making a movie of his own, shot in Estonia and recently premiered in Rome. “Feedbacks were very positive and the audience really appreciated it.”

Even though the movie is produced by an Italian company and has Italian actors, he decided to film it in Estonia. “I wanted to have an exotic location and look, at least for the Italian market. The Estonian landscape and its summer light were perfect for that.” But he wouldn’t call it Italian-Estonian movie. “Considering the post-production, eight countries were involved: Italy, Estonia, Latvia, Finland, Norway, Belarus, Portugal, and even the US.”

The movie is called “Deus in Machina”. The story is about four weird guys travelling in space with an old Soviet car, trying to interview God, no less. “The narrative starts on planet Earth, place unknown, just some isolated country road that could be everywhere. From there, the protagonists travel to space, landing on various planets in their search for God. It is partially inspired by ‘The Hitchhiker’s Guide to the Galaxy’ by Douglas Adams, and by the surrealistic comicality of Monty Python.”

According to Piovesan, the film crew struggled to find a Soviet-era car in Estonia, another indication how much the country has developed. “My first choice was a Moskvitch 407, but was very hard to find one, especially considering the low budget we had. Basically, we had to find something almost for free. And, thanks to some friends, we ended with ZAZ 965 – a Soviet car that is a replica of an Italian one, the famous Fiat 600, perfect for our aim.” 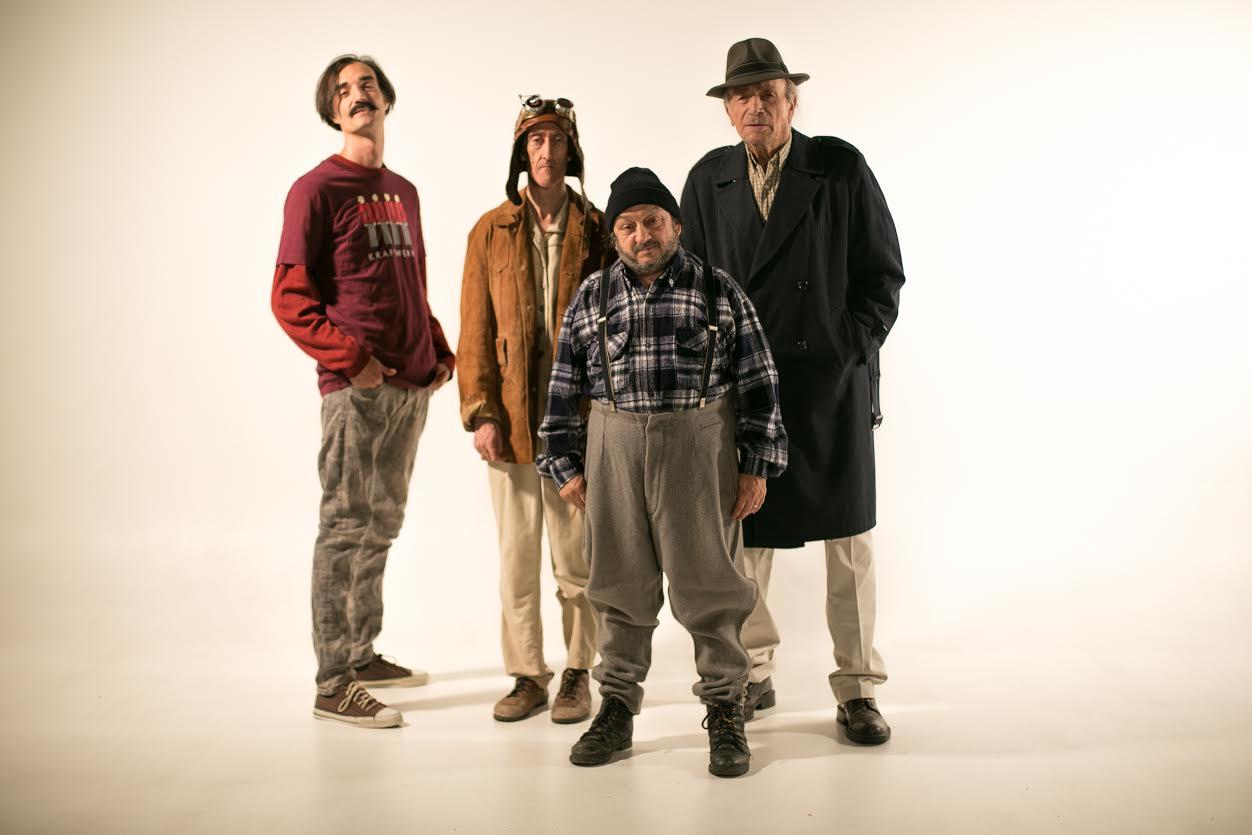 The title, “Deus in Machina” is a pun, taken from the Latin expression, “Deus ex machine” (literally “God from the machine”) that in the Greek tragedies indicates a plot twist whereby an unsolvable problem is suddenly resolved by an unexpected intervention of some new event or character. “In this case, God is not EX machina, but IN machina, inside the machine – or car!” Piovesan explains. And even though the characters are looking for God, the theme is not focused on a certain religion, but spirituality and finding meaning of life, generally. Tarkovsky has said that the man has to ask questions about his existence: “What do we live for? Where are we headed? What is the meaning of our existence on this planet? A person, who has not yet contemplated these questions, is a spiritless personality. This means living on a cat’s level − animals do not ask themselves such questions.” But finding answers to those serious questions could and should be fun. Just like in Piovesan’s crazy science fiction comedy, filmed in Estonia.

“Deus in Machina” will be premiered in Tallinn on 28 October. Cover photo: screenshot from the movie.

1 thought on “An Italian, a space road movie and Estonia”