Joosep Mihkelson talks to the organisers of Kilometre of Sculpture (kmS) – an Estonian art event that is determined to continue even as arts funding across the Baltic Sea region is cut at every corner.

After spending the last few months moving between the occident and antipodes both physically and virtually, and watching the developments in the lead-up to the third kmS outdoor exhibition from a distance, it was an interesting experience to be able to sit down with Siim Preiman and Michael Haagensen of the organising team to discuss their upcoming show in the Estonian town of Rakvere.

Michael, you’ve been with kmS from the beginning and are the leader of the event, how would you describe it?

MH: Well, basically it is like a lot of outdoor sculpture exhibitions you see around the world, in terms of its model. We take a limited area of urban public space and invite an international curator to present an exhibition in that space. The basic idea is that we want to put artworks in a space that belongs to everyone, in order to encourage people that might not venture into a gallery, to come and see what contemporary art is all about.

Considering there are such events in different places around the world, what is special or different about kmS?

MH: I guess the obvious difference with kmS is that due to the fact that it only started in 2014, it hasn’t had the kind of history that the others have had. I mean, if you look at similar events in Europe or the UK or US, then many started already in the 70s or 80s, and back then, sculpture and contemporary art was still working its way out of modernism and through postmodernism. This meant that as events in the public space pitched at a broad audience, there were still rather a lot of media-based and object-based artworks to see, and this in a way, made it easier to reach the general public. The works were really “out there” physically, and interacting with them, even superficially, was pretty easy. And although staging an outdoor event like this now in northern Europe is attractive for a lot of artists – they really seem to warm to the challenge of working in the public space – it is different in the sense that some of the works are visually rather discrete.

Last year in Võru we had a really nice exhibition, but if you didn’t know it was there, and if you didn’t have our map, you could walk through the town centre and not see the works, although they were there.

Was that a problem for you?

SP: Actually, I am not sure I fully agree, I wouldn’t say it was all that discrete. I mean, I can remember after the opening, walking back to where we were staying through the city late at night, and sensing the buzz even in that small country town sort of way. And, if you recall, we had the installation by Johnson&Johnson, which was a car parked randomly in the city, and this voice – the voice of Lydia Koidula – reading the national epic, Kalevipoeg, emerging from the car. This stopped people, they wanted to know what was going on. I had a number of discussions with people about that work, and there were other works too that sparked discussion with members of the public, like Ats Parve’s Camera Obscura.

MH: Of course, Siim is right, but compared with the famous sculpture events staged in Germany starting in the 70s and which are still going on…

SP: Yeah, of course, these were completely different.

Siim, what is it that drew you to kmS? What do you think it can contribute to the arts scene here?

SP: Well, to be completely honest, I was originally attracted to kmS because of its somewhat peripheral position in the local art scene. That is, of course, changing year by year as the project establishes itself more and more, but when I originally joined the team in 2014, I was really excited to be part of a project that in essence even deliberately positions itself on the outskirts of the cultural field. On the one hand, kmS will almost definitely never take place in Tallinn or Tartu, so it automatically isn’t part of the same geographical area where most arts events take place in Estonia; and on the other, it adapts a model that hasn’t really been established here. Of course there have been attempts to start recurring outdoor contemporary art events but none have really survived. 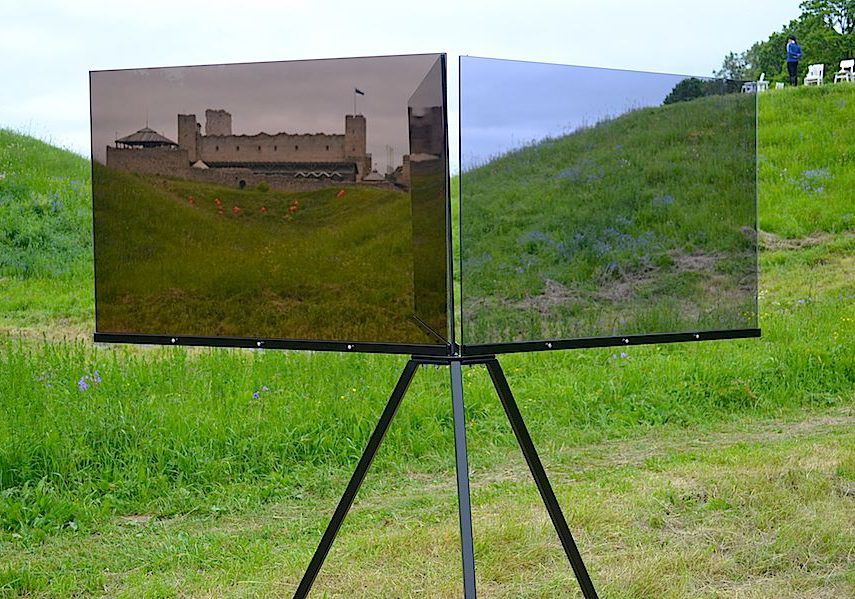 kmS is, in that sense, standing on somewhat shaky ground – it has a lot to prove because no event has pulled off surviving in regional Estonia before. I think doing just that – year by year pulling off a great international exhibition that pops up in unexpected places and welcomes all visitors– is the single most important contribution to the local arts scene.

Tell me what we can expect this year?

SP: Well, our curator this year is Anna Virtanen from Helsinki, and we invited her partly because Finland is like our focal country for 2016. Anna has invited a really interesting selection of artists with about half of them being from Finland, a Norwegian, a Briton, and an Irishman – and then the rest are local Estonians. 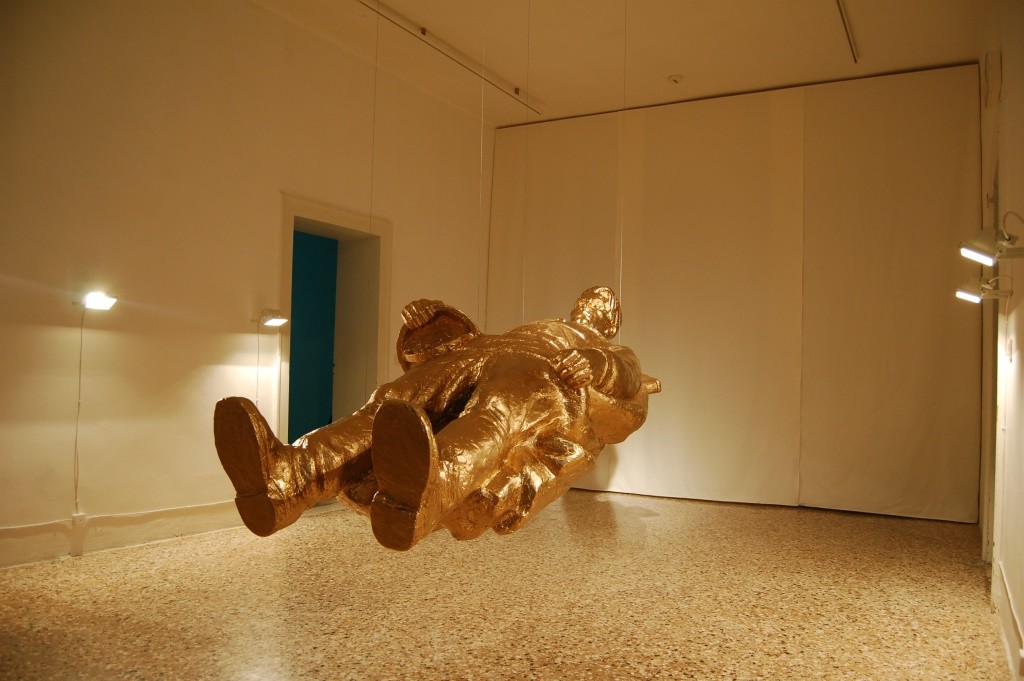 What I like about this year’s exhibition is that the artists have responded to Anna’s curatorial concept in quite different ways. Some are quite physical and have a clear and obvious presence in the city, some with a sense of humour, while others more serious. And then there are also a few works that are a bit less obvious, maybe they fit what Michael was referring to as being somewhat discrete. But the works are rather interactive as well, so it is up to the visitor to explore them more or less, and the more they do the more they will likely get from the experience. 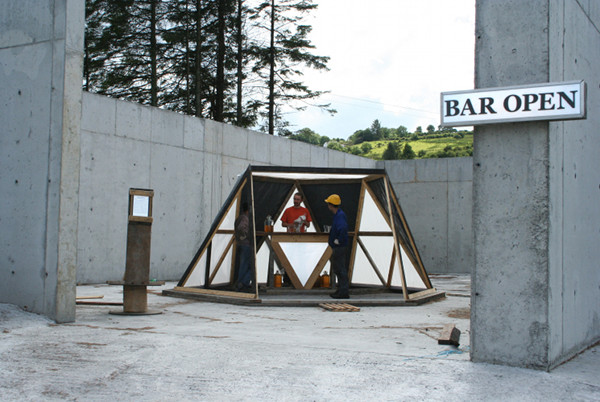 It is not like an exhibition in a gallery, where you can go to the gallery on a Sunday, walk around and see the show and that’s it. Since these works have been installed in many different places across the cityscape, they really need to be experienced in a kind of serial fashion over a period of time. If you want to make a day trip to Rakvere, there’ll be plenty to see and to experience. But even better would be to come for three days and take your time. In that sense the locals have a real advantage as they can elucidate a couple of artworks each day – and that way kind of live with the exhibition and the artists’ works as these take a meaning of their own in the city. 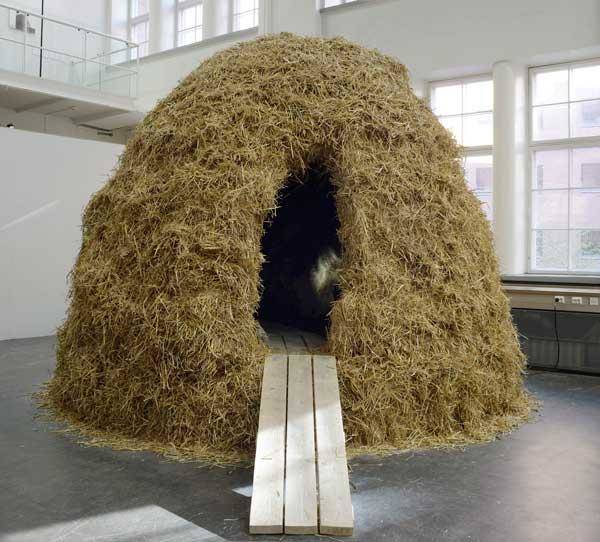 The kmS 2016 will commence in Rakvere from 2 July and will run until 24 July. The main exhibition is mostly scattered around the town, but the satellite program, called kmX, will take place inside – in various buildings, shops and structures around the town.

As the team is bringing many artists and helping them ‘install their works in Rakvere – an expensive operation to pull off – they appeal for all the financial support they can get. People can consider donating to kmS via the Estonian crowdfunding website, Hooandja.

Joosep Mihkelson is an arts writer and producer that has previously written for Life in Estonia and Muusa magazines in Estonia, and for in-house magazines abroad.