Liisi Koikson is an Estonian singer and actress. She is a graduate of the highly acclaimed Georg Ots Tallinn Music School, has performed in several plays and the musicals “Evita“, “Aida“, “Miss Saigon“, “The Sound of Music“, “Jesus Christ Superstar“, “Grease“ and “Georg“. She also had a feature role in the motion picture “December Heat.” To date she has released 6 albums and is the proud owner of several accolades from the EMA’s (Estonian Music Awards). She currently lives and studies in London, UK, where she was interviewed by British author Stuart Garlick. 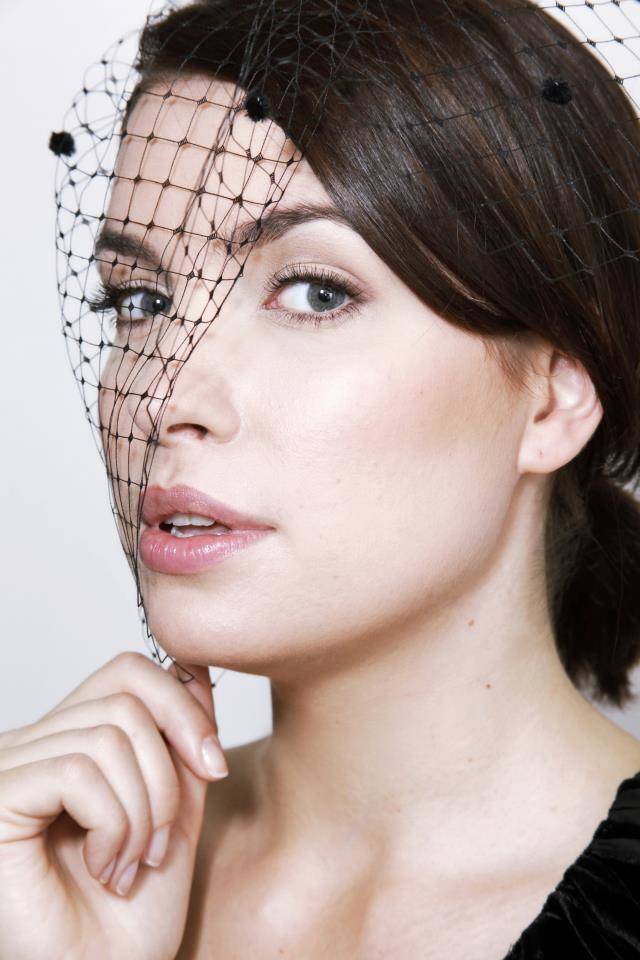 My first week in Estonia, as an almost clueless backpacker, was spent sauntering around Tallinn’s Old Town, and staying in the Metropol Hotel, a green metal box on the edge of the port district, in 2010. It was June, and I had the window open as wide as it would go. There seemed to be some activity outside. I could hear the sound of a band, and the subtle voice of a singer, seemingly as though the notes were sitting unobtrusively on the wind. Grabbing my key and putting on my shoes, I ran to the source of the music, a private concert outside a restaurant in the Rotermann Quarter. “Who is that?” I asked the security guard. It is no exaggeration to say that, without Liisi Koikson’s music, I might not be in Estonia. So, genuinely, the opportunity to interview one of Estonia’s best-loved singer-songwriters was as much of a privilege as would have been the chance to spend time with Bruce Springsteen.

Liisi had already had a long career in the music business before my first encounter with her songs. The daughter of supportive parents, she began her career with roles in Estonian versions of some of the classic stage productions, such as Evita, Aida and Jesus Christ Superstar. Later, performing as part of her regular band, she made three increasingly sophisticated albums taking elements from jazz, folk and acoustic music, and which display a full palette of emotions.

The progression in Liisi’s singing and songwriting voice through the albums Väike Järv, Väikeste Asjade Võlu and 2010’s Ettepoole, which she was promoting at the time of my original visit, is clear to the listener, but was it something she was conscious of whilst writing and recording, and can she hear it now?

“I absolutely hear the increasing maturity and I’m glad it’s there. Listening to Väike Järv I don’t almost recognise my voice anymore. It sounds very childish to me. I want my voice to change in time… I think that’s a very good thing.”

“I have a new album out now and I tried to really accent on the maturity on that one. Even my sister said she didn’t recognise that it was me singing”, said Liisi. 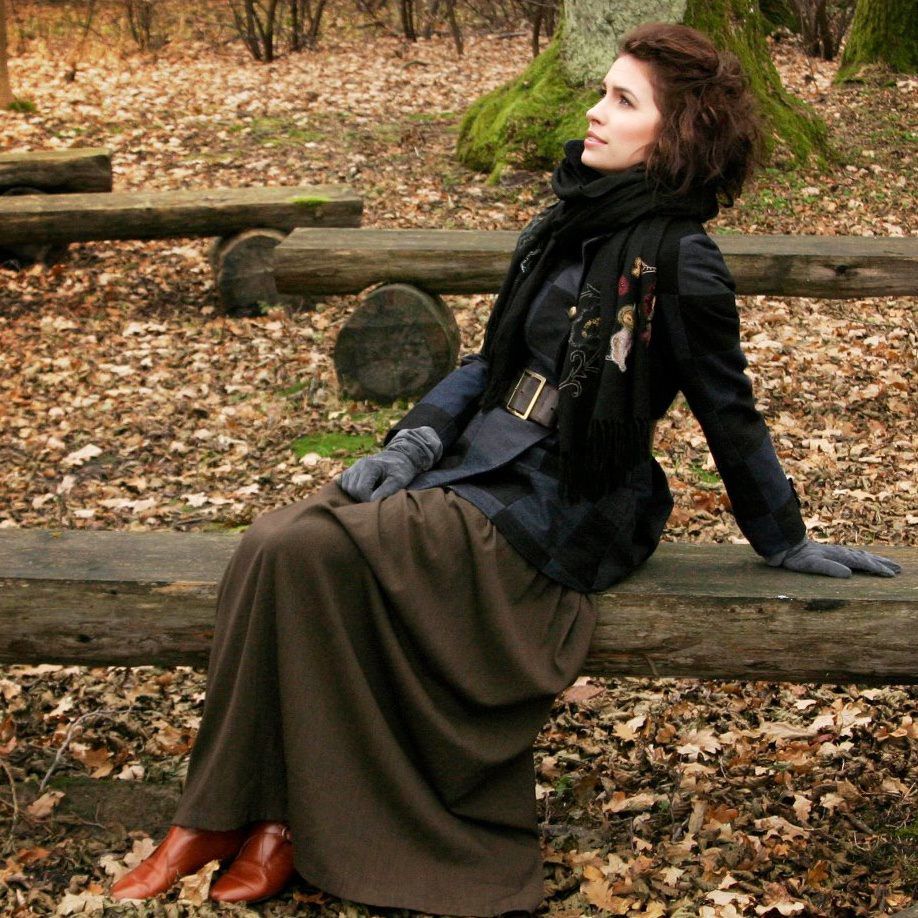 Listening to a track like Varjud, the closer from Väike Järv, there is a fragility and a silky consistency to Liisi’s voice as it hovers on a bed of brushed percussion, next to fleeting, wispy piano chords that continue to remind me of The Blue Nile’s finest work. This is her favourite song to perform live with the band. But it was still a sound from which she was keen to deviate on her new album, Vaikne Esmaspäev, a collaborative project with the Estonian composer Ardo Ran Varres, which was conceived in part whilst studying in London, where she spoke to me via Skype.

“Being here in London has opened my mind to different styles and I feel it’s time to step forward from the almost whispering style of singing. I still like that, but now I would like to use a bigger range of my voice, ’cause I know I have it.”

On the new album, how would she summarise the sound? She paused for a moment. “It’s… quite Northern… influences from classical music, and even folky, sometimes. We actually have problems with naming the exact style.” Still, to those who, like me, were won around by previous music that seemed rooted in the culture and traditions of a northern-European country, this is welcome news. The influences Liisi has taken from London, it seems, have added to, rather than taken away from, the distinguishing Estonian nature of her music.

How did it feel to share creative control of her latest project with Varres, a celebrated actor and composer and, since, 2003, the Musical Director of the Estonian Drama Theatre? “We had a wonderful co-operation, full of creating music together and finding right sounds and really being open to everything. I’m not a very good songwriter individually, but I found that kind of working together mode very inspiring. This time [the album is] more vocal-based so I felt more free in my choices.”

Born in 1983 in Kilingi-Nõmme, around 10km from the Latvian border, as a young girl Liisi did not grow up with the luxuries many of us know today.

“I was a child, so I didn’t realise the hard times my parents had with money. My best days were when I got a Barbie doll, and Barbie’s house, which I won in the singing competition Laulukarussell.”

“For me and for my mum, it was a big deal to go to Tallinn and to perform on TV. I don’t remember being nervous. I just loved singing and since I knew I could do it, I didn’t have anything to be nervous about. It was such a natural part of me. It really was. I think my teacher was always more nervous. He wanted everything to be perfect. He was a very funny guy to everyone else, but from us he demanded perfection. But I guess you have to be strict with kids to really make them understand what you want. He said I unconsciously understood what he wanted from me and did it straight away.”

One common thread between Liisi’s childhood and those of my British friends and I seems to have been that early musical tastes were formed by the records we were given by parents. “I started with a Frank Sinatra album my mom bought me from a cruise boat to Denmark, I think. I listened to that ’til I knew every single song by heart; I still do! I think I learned a lot from him. Then there was a compilation album of Ella Fitzgerald songs, which I ordered from Anttila [the Finnish catalogue store]. The same procedure. Then I had a very intense Joni Mitchell period.” 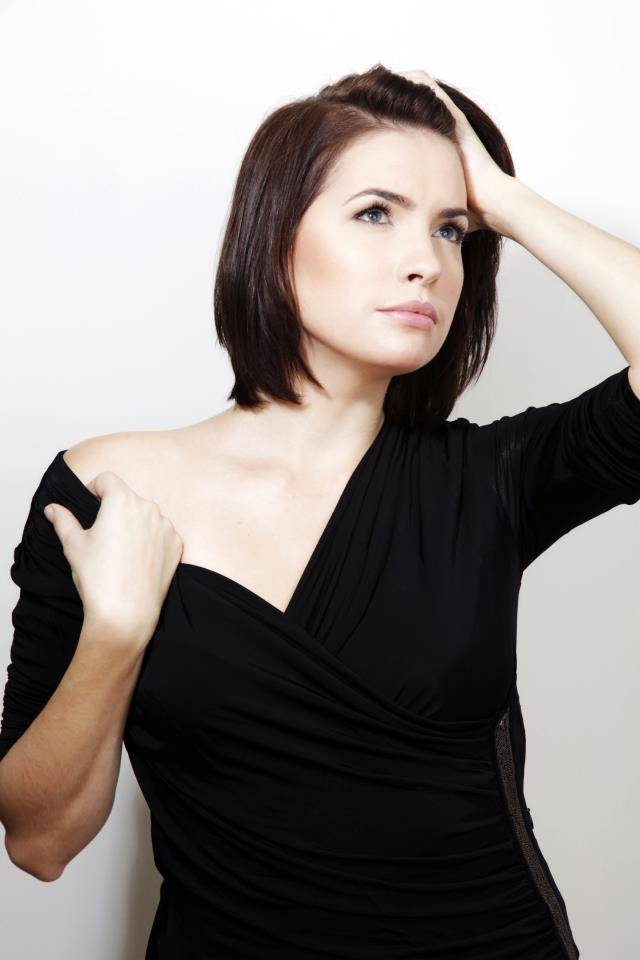 “I have most of her albums, but haven’t gone through them all yet. She has a very unique style and you can’t have too much of it. So I’m taking a break now and coming back to her at one point.” I mentioned how my art-student housemate had won me around to the charms of Mitchell’s album Blue. “Blue is really dark and lovely. We made a tribute concert a couple of years ago and I sang [the title track] there, and Case of You, and some others. One of the nicest concerts I’ve had. Again, putting myself in a different situation and demanding new things from myself… I love a challenge like that.”

A lot has changed, both for Liisi and for her country, since the early days. She felt a need, she said, to take on another challenge, learning more about the business she was part of; this was why she chose to further her education in London. “I’ve been here since the end of last September. I’m still studying singing, but on the side we get a clue about the business side of it and about theory and composition and studio work, so a lot of things a good musician should know about, at least a bit, to call herself or himself a professional. I felt that I knew how to sing, but needed to be aware of the other things around it.”

Does she plan to continue to record the Estonian-language music that so many people here have fallen in love with, or does she see another future having been based for some time in London?

“I already have some people here, who want to try something out and I’m very open to that. I’m not sure if it will take me anywhere, since I see how tough the market here really is. And I will be turning 30 next year, so the talent-hunters will probably see me as too old for some things. My goal has never been to become a stadium artist, I don’t think I could carry that out. Too much pressure. But I would want to find my people with whom I connect to musically and to find that same out-of-this-world feeling in music with them.”

Any thoughts I may have had that a deeper understanding of the recording business might engender cynicism were immediately dispelled when Liisi explained why making the new record was so much fun.

“It was very… we’re open to everything. Let’s try everything vibe! I loved that. And since we always met in a small studio, we recorded all the ideas we had, and could listen back and choose what we liked and what needed changing.”

“There were some points when we were stuck somewhere and didn’t know where to go on with the song. We either started to try stuff out, every possible direction, or decided to let it sit for a bit and come back to it with a fresh head.”

Was there ever tension when Liisi and Varres reached that kind of creative impasse? “Not really. He was very open to my opinions and we always tried both ideas out. It was a great experience, I have to say. We had a lot of respect towards each other and every time we listened to something we had done and felt that… ahhh god, this actually works so nice… and I had goosebumps myself.. leaving the studio with that feeling just gives you more ideas and energy to come back next time and a will to do it even better.”

Liisi made it sound almost like she was sad to finish the record, because she wished she could use some of that positive energy and record some more. She agreed on this. “You could say that, yes. I try to remember that feeling I had… to bring it back to my everyday life. These are the moments I do music for.”

This interview was first published by Stuart Garlick on website Charm Offensive: https://charmoffensive.jux.com/