When one looks back on the career of the still highly active Estonian conductor Neeme Järvi, one can see the model for the 21st century international conductor, something distinct from previous generations of maestros.*

What makes this aspect of Järvi’s career so interesting is that Järvi’s artistic temperament is well suited to the often less than ideal circumstances surrounding orchestral performance in the 21st century, thus allowing Järvi’s art to remain uncompromised during a time when many great conductors of the past might be aghast at working conditions of orchestras. 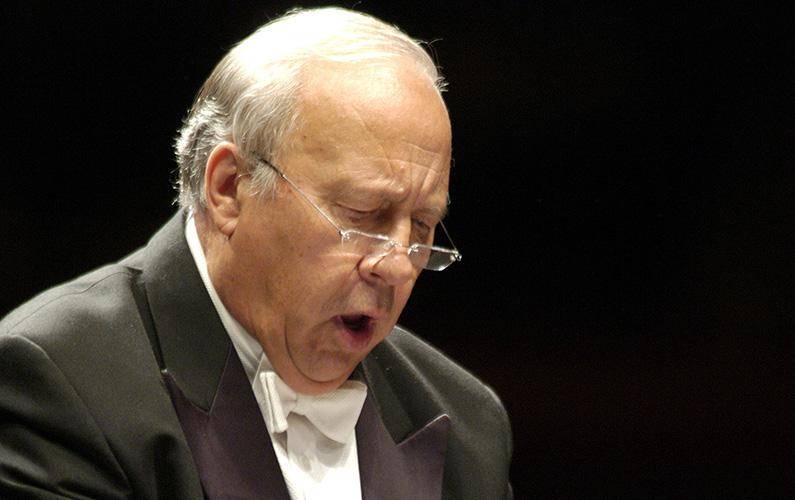 To understand Järvi’s place in the pantheon of conductors it is important therefore to understand how the role of conductor has changed since the golden age of romantic performance in the late 19th and early 20th century.

Contrary to a lot of revisionist thinking, there was nothing negative about this “autocratic” orchestral rule, but rather the phenomenon of a conductor being able to shape his orchestra so thoroughly led to performances that were vastly more unique and expressive in quality than much late 20th century performance.

Names like Furtwängler and later Karajan meant the Berlin sound and Berlin repertoire. The same holds for Mravinsky in Leningrad, Mengelberg at Amsterdam’s Concertgebouw, Golovanov in Moscow and later Svetlanov in Moscow. Just as sure as each orchestra had a distinct sound based on the musical identity of the region, so too did each conductor shape his orchestra according to his own artistic vision.

In terms of repertoire, one can hear an otherwise musically educated Viennese audience as recently as 1951, applaud in the middle of the final movement of Tchaikovsky’s 4th symphony, believing the piece to be over (it was merely a pause prior to the coda). This would never, for example happened in Vienna in 1951 during a performance of Beethoven or Brahms. The performance led by Wilhelm Furtwängler (one of the finest if not the finest conductor in the Austro-Germanic tradition) demonstrates how distant Russian music remained from the Germanic music world even after the Second World War.

Likewise, the music of Anton Bruckner, Gustav Mahler and Richard Strauss took a long time to reach Russian audiences. Mravinsky was one of the first Russian conductors to master Bruckner, whilst Svetlanov more or less brought Mahler to Russian audiences. Within the Czech tradition the names of Václav Neumann and Rafael Kubelík immediately spring to mind.

In Amsterdam Mengelberg helped bridge gaps between the Russian, Germanic and French traditions, holding one of the widest repertoires of his day. But even long after Mengelberg, the great conductors of the middle and late 20th century remained more of less confined to their roles as leaders of a musical tradition.

Karajan recorded the numbered symphonies of Tchaikovsky and conducted some Mussorgsky and Rimsky-Korsakov, but his recordings of the classical and romantic Germanic titans dwarfed his Russian or French output. Likewise, even though Svetlanov conducted Beethoven, Bruckner and Mahler, he is most remembered for being the first Russian conductor to record every piece of Russian orchestral music in what he rather accurately called ‘The Anthology of Russian Music’.

Järvi represents a departure from a trend

Neeme Järvi represents a departure from this trend. Järvi is of course known for conducting and recording more Estonian composers than any other conductor, but to say that he represents for Estonia what Svetlanov did to Russia, denies Järvi’s ground-breaking contributions outside of the Estonian tradition.

When someone says Furtwängler, you generally think of Beethoven. When someone says Mengelberg, one might think Strauss and Mahler (two close friends of Mengelberg); when one says Mravinsky, one thinks Tchaikovsky; when one says Svetlanov, one might think of Borodin and Myaskovsky, or Scriabin. But to say when one thinks of Järvi, you automatically think of Pärt, misses the larger aspect of Järvi’s output. 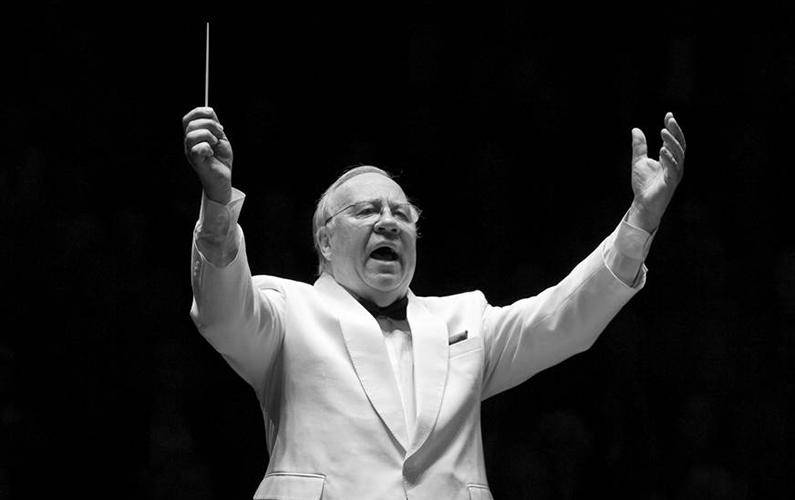 Järvi was one of the first internationally renowned conductors not to be confined to any particular repertoire, yet he added something unique to everything he conducted. He is not only equally convincing with Brahms as he is with Tchaikovsky (he’s recorded the complete symphonies of both), but it is something of a passion with Järvi to give lesser known European composers the exposure they didn’t have in previous generations. Composers like Kurt Atterberg, John Svendsen, the Estonian composer Eduard Tubin, Wilhelm Stenhammar and Alfred Schnittke represent just a very short list of composers that Järvi has not only brought to public attention, but committed to record – thus preserving their music for future generations.

What is interesting about Järvi is that in spite of proficiency in 20th century music, much of his focus outside of the great composers focuses on the lesser known composers of the late romantic period, composers who were contemporaries in terms of time with the likes of Scriabin, Dvorak and Bruckner. Beyond this, Järvi is keen to perform and record lesser known works by extremely celebrated composers. The much neglected, but magnificent 3rd Symphony of Aram Khachaturian and the two symphonies of Wagner are just two such examples of neglected pieces by otherwise well-known composers that Järvi has recorded.

In terms of orchestral homes, Järvi is probably best associated with the Gothenburg Symphony, but associations with the Estonian National Symphony Orchestra, orchestras in Britain and throughout the United States also have seen productive and artistically rewarding days under Järvi’s direction. Most recently he took the helm of the Orchestre de la Suisse Romande, becoming the orchestras most important director since the orchestra was founded by the Ernest Ansermet (whose orchestra made many early stereo recordings for Britain’s Decca Records).

Järvi therefore breaks the mould of the conductors who generally restrained themselves to one or two orchestras and to a culturally defined musical canon. His rehearsal methods also seem distinctly modern. Sadly the days of lengthy and stringent rehearsals, which Mengelberg and Karajan were famed for, are becoming a rarity as a cut-throat business ethic runs rampant through classical music. But this development has not harmed Järvi whose rehearsal method has never been as exhaustive as many conductors of the past. Järvi creates a sound based on a balance of fluidity of intonation and timbre with a tempi that flow easily whilst remaining generally faithful to the score. In other words, his tempi are neither monotonous and heavy, but nor do they have the grand flourishes of rubato associated with the likes of Golovanov or Mengelberg.

In spite of helping bring more Estonian music to international audiences than any other conductor, Järvi doesn’t claim to bring “the Estonian sound” to his orchestras, but rather prefers being known for an individual sound that isn’t specially linked to any cultural tradition.

Many other conductors remain content to confine themselves to works which are so widely known that many have multiple recordings by the same conductor. As the head of one of the great musical dynasties in the world today, the only question is which works will Järvi draw attention to as he continues to work actively in Switzerland, Estonia and beyond?

* Neeme Järvi is celebrating his 80th birthday on 07 June 2017. This article was originally published on 23 May 2013. Cover: Neeme Järvi (credit: Simon Van Boxtel.) Video: Neeme Järvi conducting Residentie Orkest in Hague on 20 September 2011 (compositions by Wagenaar/Bruch/Dvorák.) Please consider making a donation for the continuous improvement of our publication.