In the wake of him receiving a 2018 Guggenheim Fellowship, Estonian World spoke to the American composer, Eugene Birman, about his work and its connection to Estonia.

Congratulations on the Guggenheim. You’re barely 30 and must be one of the youngest recipients ever.

Well, I don’t know about that.

Of course you do. Stop lying. You’ve been taught to feign modesty, but an artist without an ego – have you ever met one?

Okay, fair enough. The Guggenheim is a really big deal, and I’m ecstatic about getting it.

There you go. Now you’re shvitzing (sweating in Yiddish – editor)!

And I am among the youngest recipients this year for sure.

But I’m doing this interview for Estonian World. Estonians are no-bullshit people, so I’ll get right to the point: what the hell does your Guggenheim have to do with Estonia?

Well, to begin, I was born in Latvia…

Stop right there. You’re about as Latvian as my cousin Fawn Liebowitz, so just put that away.

I was going to get around to say that Scott Diel – who actually lives in Estonia, although, full disclosure, is not Estonian – and I did a piece about the Twitter feud between Toomas Hendrik Ilves and Paul Krugman, and that piece got me my first 15 minutes of international fame. So I am very grateful to Estonia, and all of the Estonians involved, like Risto Joost and Iris Oja, for providing the talent, the background and the fodder for that piece. So I feel a debt to Estonia. 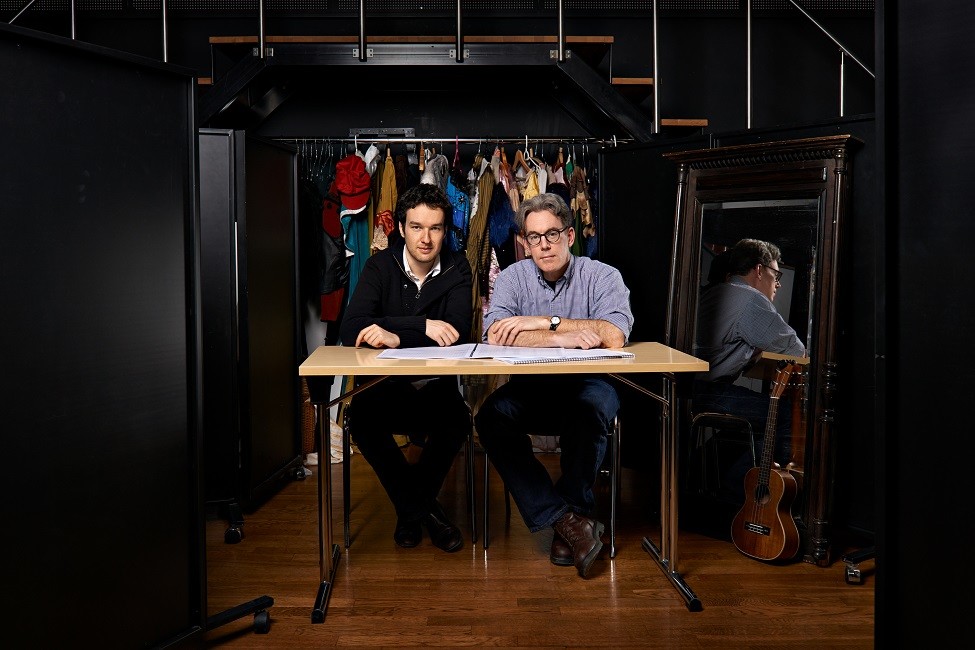 I remember that. The BBC even made a documentary film about you with Tanya Beckett. But then you dropped Estonia like a shiksa (girl in Yiddish – editor).

I actually wrote a second piece about Estonia called “No 289”. It’s basically the Peace (Treaty) of Tartu set to music.

How’d that go over?

It lived up to what Estonian Erkki-Sven Tüür has said about most pieces of contemporary music: they are performed once. But it had a megaphone in it. Fifty male voices (Eesti Rahvusmeeskoor – the Estonian National Men’s Choir) and one megaphone. No critics took any note of the megaphone, and so I put it in another piece called “State of the Union”, which toured the US in 2016.

Is the megaphone out of your system now?

Now that someone – you – has written about it, then probably, yes.

I want to return to Estonia, but first, what’s your current project?

I just came back from the US from an outstanding premiere with Third Sound Ensemble and SFBallet soloist and choreographer James Sofranko, and I have a new piece with librettist Scott Diel called “Russia: Today” which is an examination of what Russia has historically been, what it is today, and what it will become. Then there is a substantial amount of work I do in Hong Kong and China these days.

China and Russia? The Americans gave you a Guggenheim but won’t fund your work?

I wouldn’t agree with that, but I think we can say that there is a lot of money right now for the arts in Hong Kong.

There’s been some interesting press coverage of China recently which would indicate that if you want to sing about China being fercockt then you should probably find a venue outside of China for its performance. But Scott Diel is writing the libretto for one of the China operas, and I think it’s largely historically based. So I think nobody gets called a faygala.

You call this stuff “opera,” but they’re really not operas, are they?

Well, what does opera mean anyway? Whatever it did mean, Scott and I stripped it from meaning when everyone started calling “Nostra Culpa” an opera, despite the only costume change in the whole thing being that of the poor Reuters cameraman at the premiere; he wasn’t expecting that whistle tone on the end when Ilves says “shit”!

Is it a must to play to the press so much in your musical projects to get a Guggenheim? What happened to writing “absolute” music?

If you forget the Guggenheim part for a while, classical music has an increasingly more difficult problem making a case for itself when it’s state-funded. What do we get in return? So in my case, I think it’s important to draw a line back to a social “place” for music, to actually situate music in the past, present or future, and make a case for it being a key part of the discussions we are having about everything. If the press pays attention to that, that’s because music is genuinely the one universal language we have and has a tendency to work well to transmit messages, both good and bad. 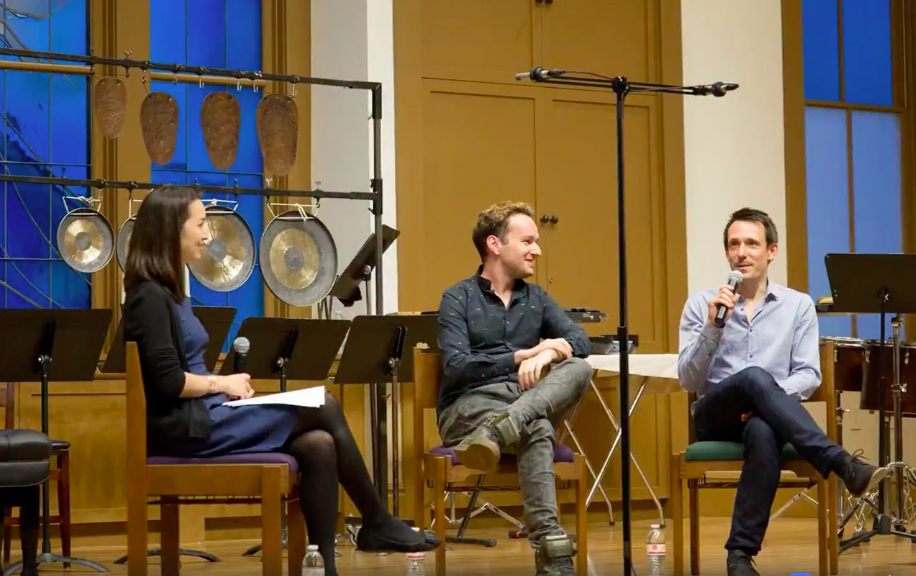 But then, why hide behind the music and not just get involved politically yourself?

My brother spent ten years in politics as the chief of staff for a member of the US House of Representatives. He’s the lawyer in the family. So in a Jewish family, I’m off the hook.

Your parents must be proud.

Oh, they are. But they’re probably wondering why it took so long for me to get a Guggenheim in the first place.

One final Estonia question: Is there a chance you’ll ever do anything here again?

That’s difficult to say and doesn’t depend on me as much as it does on the environment and the musical establishment obviously too. There’s unfortunately very little money for music in Estonia and so much talent. Why commission Eugene Birman? I think my music on its own makes a great case for me. But perhaps that case can’t reconcile with certain realities and certain people in charge who believe that music in Estonia is still a nationalist project.

It may well ought to be. And I’m not exactly expecting a call from the conductor of the Estonian Philharmonic Chamber Choir any time soon. But I will obviously continue to work with Estonians in an international context; we are going to be recording Nostra Culpa for a commercial label with Iris Oja, for example, and there are other things as well. I am very loyal to the people who bring my music to life and incredibly indebted to Iris, in particular.

But even in other cases, I never for a second forget who has given me the ultimate gift of premiering a work, which is ultimately the gift of life. I take that gratitude, which is to many, many amazing Estonian performers and composer friends, with me around the world.

Yasha Aronovich Goldenziel (who publishes as Shiva Goldblatt-Berenstein in academia) is a performer, academic, writer, occasional line cook and a frequent contributor to the local chess and checkers circuit. He graduated with a bachelor’s in psychology from Columbia University where he reviewed student concerts and wrote for the school newspaper, the Spectator. He went to study law but never forgot his interest in music of this world, which comes from a rich childhood surrounded by his singing aunt Shiri and sisters Karen and Sarah.