Three years before the Soviet Union collapsed, a rock festival took place in Tallinn, Estonia. It wasn’t an ordinary festival — the Rock Summer or “Glasnost Rock”, as it was known in 1988, was at the time the most international rock festival ever to take place behind the Iron Curtain.

Initiated by entrepreneur Jüri Makarov and carried by the newly found sense of freedom embracing the Baltic states, Rock Summer managed to fill the Tallinn Song Festival Grounds with over 150,000 people. The public was drawn to famous international and big domestic artists alike. Headliners at the first Rock Summer were Big Country, Public Image Ltd. and Steve Hackett.

In 1988 Estonia was still struggling on its road to independence, and the festival was much more than your average rock concert. It was held against a backdrop of then not quite legal Estonian national tricolour flags and the special atmosphere could be felt among the tens of thousands of people gathered at the event.

There were not many at this stage who believed that Estonia would regain its independence in just three years later — but when one looks back at the old footage and photos now, it is obvious how strong the national sentiments were. The unusual atmosphere for a rock festival was further underlined by the location — the Tallinn Song Festival Grounds is a special place for most Estonians because it is where in every fifth year Estonian Song Festivals, one of the largest choral events in the world with the history dating back to the year 1869, take place. 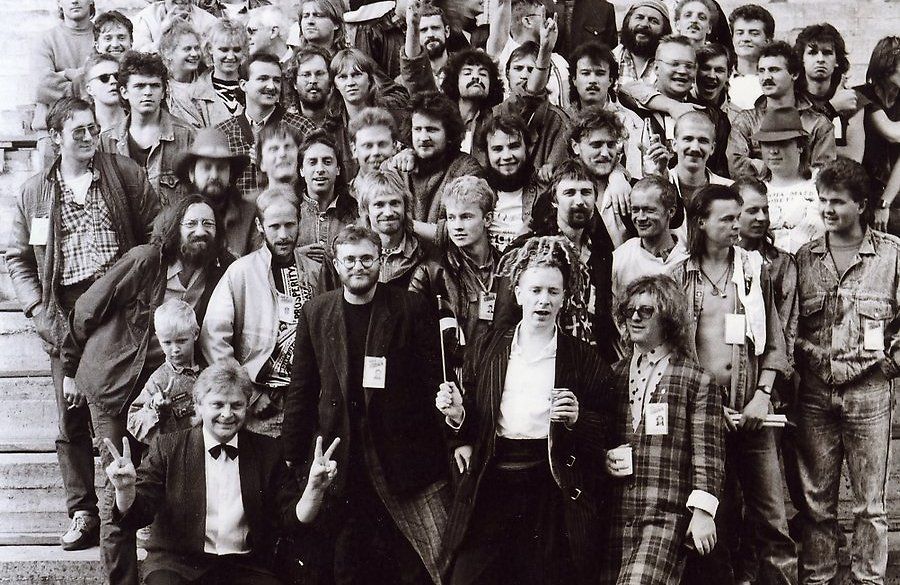 Although it may not seem like a big deal in 2013, one of the most unexpected achievements by the organisers was to get John Lydon, aka Johnny Rotten of the Sex Pistols, to perform at the festival. In 1988, Public Image Ltd records (John Lydon’s band), along with the Sex Pistols, were officially blacklisted by the Soviet authorities. However, somewhat surprisingly, Kremlin chiefs largely turned a blind eye to the event.

The organisers were clever enough to invite bands from outside the USSR as late as possible — this policy helped to hide their “evil plans” from the Soviet apparatchiks. John Lydon  was so overwhelmed by the day’s events and the crowd’s reaction that he now considers this performance in front of 130,000 people as one of his most remarkable ones.

Rock Summer went on to attract big names, including The Jesus and Mary Chain, Procol Harum, Status Quo, Iggy Pop, Simple Minds, M-People, EMF, East17, Apollo 440. However, summer of 1997 proved to be the last one for the festival, as the competition from neighbouring countries and too ambitious budgets had taken their toll.

But in 2013 all is finally merry again — this weekend, Rock Summer returns to Song Festival Grounds for a one-off celebration of 25 years since the first, groundbreaking event. And — as is appropriate — so does John Lydon with his band. Other stars include Bryan Adams, Röyksopp and  Zucchero.

It is difficult to over-estimate the importance of those first Rock Summers back in the late 80’s and early 90’s. It influenced and inspired hundreds of young Estonians to start bands or set up other music events. The organisers behind contemporary Tallinn Music Week were among those rebellious teenagers who were rocking on the Song Festival Grounds in that faithful summer of 1988.

It opened eyes and ears for not just tens of thousands of music fans, but there was something more important at stake — the sense of liberation, freedom and belonging, and many good things to come.