“Skyscraper“, a song originally written by the Estonian recording artist Kerli Kõiv with Toby Gad and Lindy Robbins in 2011, and in 2013 re-recorded and sung by British singer Sam Bailey, has become the Christmas No. 1 in the United Kingdom. 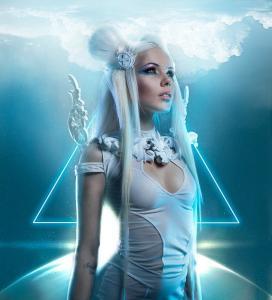 The battle for Christmas number one is traditionally fiercely fought in Britain and the media anticipation in the weeks leading to Christmas is high.

“Skyscraper” was originally co-written and recorded by Kerli, before her songwriting partner Toby Gad offered it to American recording artist Demi Lovato in 2011. It debuted at number ten on the Billboard Hot 100 in July that year. In December 2013, Sam Bailey, the “X Factor series 10” winner in the UK, released her cover version of “Skyscraper” after she won. On 22 December 2013 it became the UK’s Christmas No. 1 single, with 149,000 copies sold.

According to Kerli, the song was inspired by a picture of the apocalypse, in which the world was in ruins and among collapsed buildings, one skyscraper was still standing.

The song is a ballad and the lyrics speak of staying strong and believing in oneself. Kerli has previously revealed that the song is also personal to her, stating, “I come from a very small place in Eastern Europe, so my whole life has kind of been one big fight to live my dream against all odds. But I think it’s hard to be a human in general – we all have our own struggles and things to overcome. You can hit the lowest low and face the darkest dark, but you can always get back up and get in the light.”